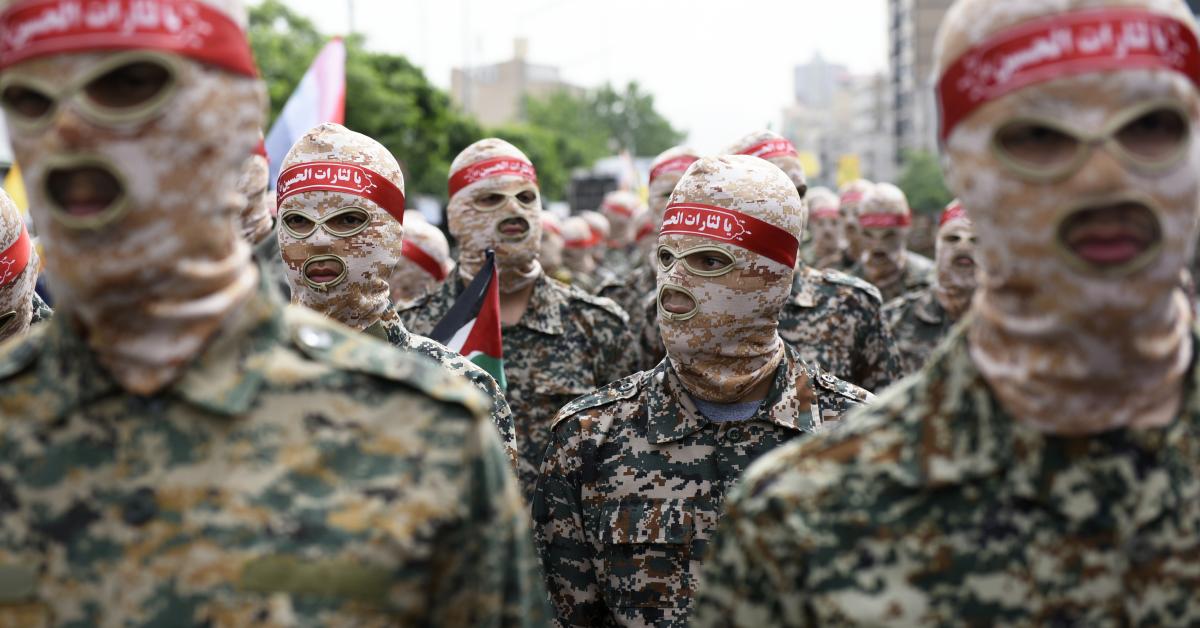 People who worked with terrorist groups will now have an easier time entering the U.S. legally.

Last week, the State and Homeland Security departments announced they had altered the Immigration and Nationality Act, a federal law, to grant entry into the U.S. and other “immigration benefits” to those who provided “limited” or “insignificant” material support to designated terrorist organizations.

Examples of such support include “routine commercial transactions,” “humanitarian assistance,” “substantial pressure that does not rise to the level of duress,” and “the satisfaction of certain well-established or verifiable family, social, or cultural obligations.”

The amended language, detailed in a notice to the Federal Register, creates a carveout so immigration restrictions, including an entry ban into the country, no longer apply to these individuals provided they show they “pose no danger to the safety and security of the United States.”

Other factors considered by the government include whether the person in question supported “terrorist activities that they knew or reasonably should have known targeted noncombatant persons, U.S. citizens, or U.S. interests.”

The notice added that the carveout “may be revoked as a matter of discretion and without notice at any time, with respect to any and all persons subject to it.”

The changes are raising alarm bells among immigration and national security experts, who told Just the News that the Biden administration is potentially endangering American lives.

“This is a very concerning decision to weaken the government’s ability to keep supporters of terror groups from exploiting our generous immigration system,” said Jessica Vaughan, director of policy studies at the Center for Immigration Studies. “This policy essentially makes excuses on behalf of foreign nationals who have been found to support terror groups, giving them deniability, and enables naive bureaucrats to look the other way at a record of concerning behavior on the part of applicants.

“As a result, it will be even easier for those who hate America and support terror groups to live here legally, free to fight us from within, and free to sponsor others to come in.”

A State Department spokesperson told Just the News that the move is meant specifically to help Afghans so they don’t get flagged unfairly and can enjoy America’s immigration benefits.

“This action will allow the U.S. government to meet the protection needs of qualifying Afghans who do not pose a national security or public safety risk and provide them with the ability to access a durable immigration status in the United States,” the spokesperson said.

“Eligible individuals include Afghans who supported and worked with the U.S. military in Afghanistan, worked as civil servants or as doctors, teachers, and engineers during a time when the Taliban was in power, or who paid fees to the Taliban as required by daily life to do things like pass through a checkpoint or utilize a government service to obtain a passport or other document,” added the spokesperson, who explained individuals will be vetted on a case-by-case basis.

The Taliban is the Islamist group in control of Afghanistan.

However, the actual language of the new rule is broad and appears to apply to all countries and U.S.-designated terrorist organizations such as ISIS and al Qaeda, according to experts and former officials. The rule doesn’t specifically mention Afghans, Afghanistan, or the Taliban.

The State and Homeland Security departments didn’t address why Afghanistan isn’t mentioned when asked. The departments also didn’t address the fact that the Taliban isn’t a U.S.-designated terrorist organization and therefore wouldn’t appear to be covered under the rule — an apparent discrepancy between the Biden administration’s messaging and the language of the carveout.

“As usual, the Biden administration is pushing this on behalf of one particular group (Afghans in this case) that it believes the public will have sympathy for, but in fact it is much broader, and could cover many others of concern, such as drug cartels, gangs, espionage scenarios, and hostile governments,” said Vaughan.

She argued the administration added “highly subjective qualifiers” such as “limited” and “insignificant” to describe one’s terror support, explaining lawyers representing terror suspects can easily exploit such language and immigration officers can be deceived.

This “practically guarantees that dangerous people who could and should be kept out will slide through our system,” said Vaughan.

Retired FBI Special Agent Jeff Danik, who served nearly three decades with the bureau, expressed similar concerns about terrorists slipping through the cracks, arguing the policy shift has merit but the Biden administration will likely execute it poorly.

“Terror organizations routinely coerce local populations where they operate into engaging in a range of minor, often non-violent, support activities,” he said. “A primary driver of this amendment is to provide a discretionary tool that can be used to provide immigration benefits for individuals from those local populations, if they have significantly assisted the U.S. in some way.”

“In that context,” continued Danik, “it’s a valuable, powerful, and necessary tool, but unfortunately, due to numerous well-documented abuses and bumbling mismanagement of similar tools by this administration, Americans are well served to be skeptical and vigilant regarding how it will be wielded in the real world by Secretaries Blinken and Mayorkas,” the heads of the State and DHS, respectively.

Since October 2020, more than 800,000 illegal immigrants are known to have gotten past border agents.

In fiscal year 2022, there have been 50 arrests of migrants on the Terrorist Screening Database at the southern border by Border Patrol between ports of entry, a significant increase from prior years.

“The next terrorist attack could already be here,” former acting Commissioner of U.S. Customs and Border Protection Mark Morgan recently told Just the News. “That’s not being hyperbolic.”

Observers have warned that the Biden administration’s new rule could reduce visa restrictions on many conscripts from the Islamic Revolutionary Guard Corps (IRGC), an Iranian military force and a U.S.-designated terror group.

Noronha noted this could appear as a concession to Iran, which demanded the U.S. remove the IRGC’s terrorist designation as a condition for reviving the 2015 nuclear deal — a top priority of the Biden administration.

Biden refused to delist the IRGC following intense pressure from Congress. However, easing visa restrictions could be seen as a partial olive branch to Iran in a bid to find a compromise on the issue.

Indeed, several Republican lawmakers expressed concerns to the Washington Free Beacon that the policy shift is an effort to grant concessions to Iran in hopes of injecting a shot into the arm of nuclear talks, which restarted this past week but remain at an impasse.

“While the immigration status of low-level IRGC members may not normally be a priority for the Iranian regime,” wrote Noronha, “Iran’s leadership could view the change in immigration regulations as a new opportunity to insert intelligence operatives into the United States.”

Iran and Hezbollah have long maintained sleeper cells and sleeper agents in the U.S., waiting for Tehran’s signal to strike.

The U.S. intelligence community assessed in its 2022 Annual Threat Assessment that Iran “will threaten U.S. persons directly and via proxy attacks,” “remains committed to developing networks inside the United States,” and “has previously attempted to conduct lethal operations in the United States.”

Despite such threats, however, the administration’s policy shift is par for the course for bureaucrats in the executive branch, according to one expert.

“Unfortunately, this is not a new effort by some within the bureaucracy,” said Kyle Shideler, director and senior analyst for homeland security and counterterrorism at the Center for Security Policy. “During the Iraq War, similar voices also attempted to undermine the provisions of the Immigration and Naturalization Act (INA) to make it easier for those with known ties to terrorism to enter the country. During the Obama Administration, they sought to waive these provisions multiple times, and instructed [Border Patrol] agents not to enforce them. Hillary Clinton personally lifted a ban on Tariq Ramadan, a known Islamist who had donated to terrorist-controlled charities.

“In most cases, what makes these situations similar is that the ban caused political problems for the administration, which wanted to be able to make certain agreements with certain bad actors without being embarrassed by the requirements of INA. We are seeing this play out again with the IRGC as we speak.”