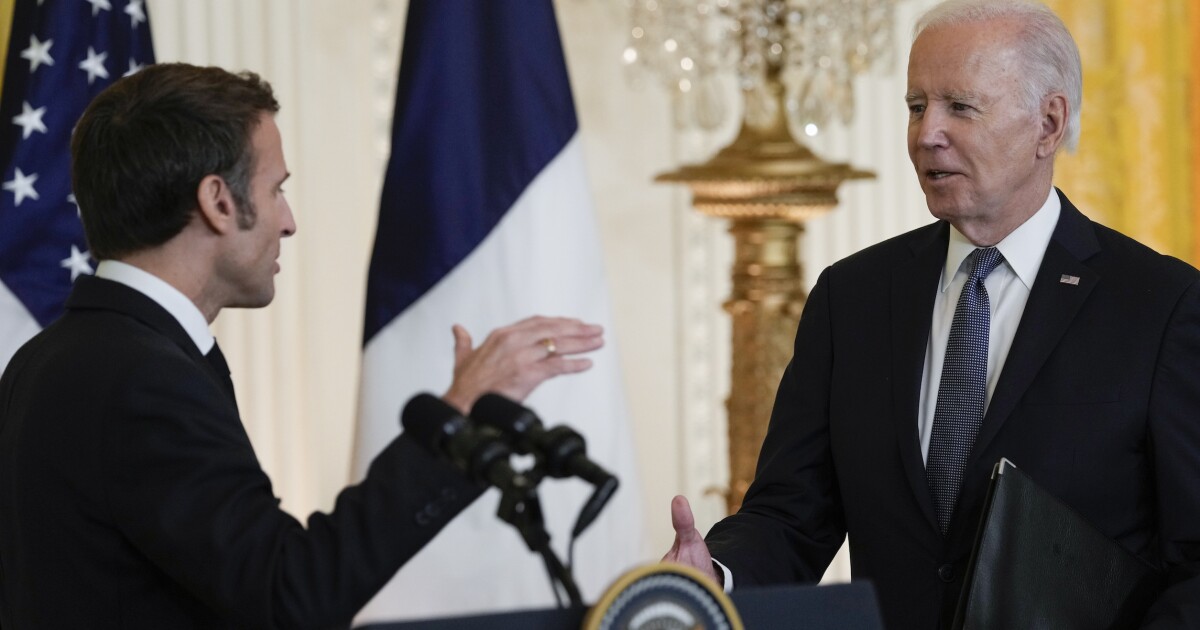 President Joe Biden acknowledged “glitches” in the climate bill he signed into law that irritate European allies but could be fixed with “tweaks we can make,” he said during a joint press conference Thursday with French President Emmanuel Macron.

Macron is among the European leaders who have criticized the subsidies in the climate provisions of the Inflation Reduction Act, the major piece of legislation Biden and Democrats finally passed through the reconciliation process before the midterm elections.

The French leader said he and Biden spoke “a good deal” about these concerns.

Biden said he never intended to exclude France and other European allies with free trade agreements with Washington from the provisions in question, adding there were technical fixes that could satisfy governments broadly aligned with the United States’s climate goals.

The Inflation Reduction Act was salvaged from the bigger Build Back Better program, which faltered in the Senate amid inflation concerns. It was largely negotiated by Senate Majority Leader Chuck Schumer (D-NY) and top Democratic dissenter Sen. Joe Manchin (D-WV).

French Finance Minister Bruno Le Maire told an interviewer recently that he believes such subsidies are “fair game” and that they should comply with WTO rules and foster a “level playing field.”

“We are not allies on the same page,” a Macron adviser told Agence France-Presse before the French president’s trip to Washington, D.C.

Macron is the guest for Biden’s first state dinner since coming to the White House. U.S. leaders hoped to calm rifts with France during the visit.

The two presidents and hundreds of guests are set to dine on lobster, beef, and triple-cooked butter potatoes at the Thursday night event.