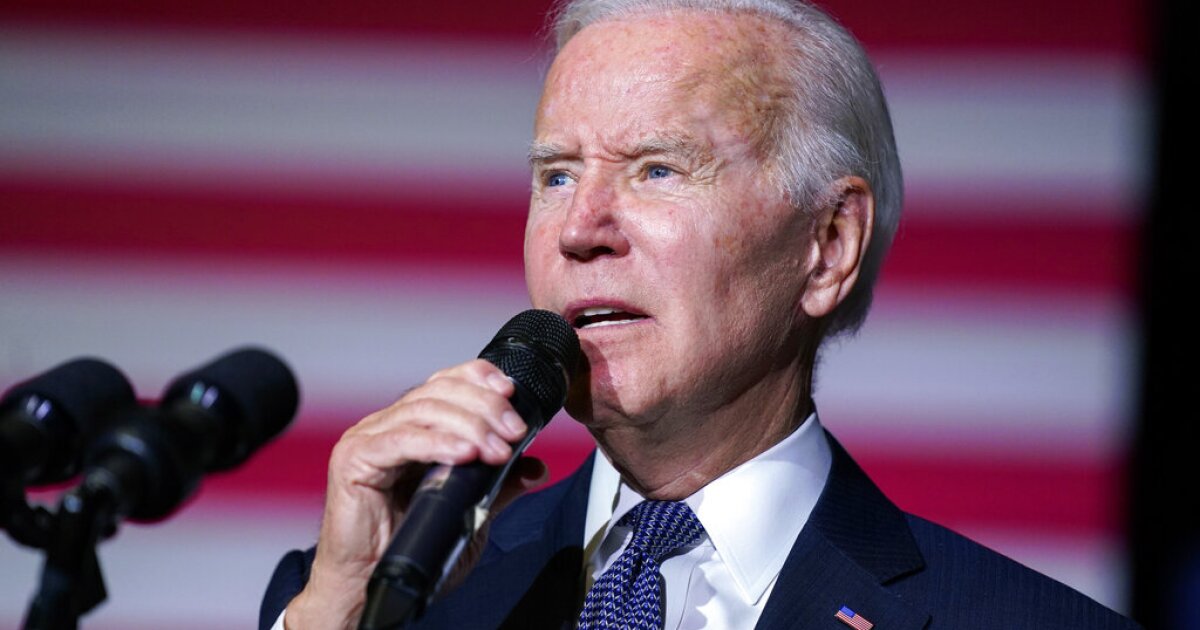 President Joe Biden took aim at Republican-led efforts to limit access to puberty blockers and gender transition surgeries for minors over the weekend, calling them “immoral.”

Biden reiterated his disapproval of anti-transgender legislation at the state level as a growing number of GOP-led states consider laws aimed at restricting youth access to “gender-affirming” treatments.

The comments are the latest in a series of clashes over transgender rights between the Biden administration and state GOP lawmakers, who have argued the treatments are dangerous and may cause irreversible changes in minors.

WHAT TO KNOW ABOUT NEW COVID VARIANTS BQ.1 AND BQ1.1

“Sometimes, they try to block you from being able to access certain medicines, being able to access certain procedures, and so on,” Biden said in a transgender rights segment with Dylan Mulvaney, a transgender activist, during a NowThis News presidential forum. “I mean, no state should be able to do that, in my view. So, I feel very, very strongly that you should have every single solitary right, including use of your gender-identity bathrooms in public.”

Biden did not specify if he believes minors should also have the same access to these treatments as adults, but his comments reflect a number of actions that his administration has taken to protect access to transition-related treatment. Earlier this year, the Justice Department warned states that blocking access to certain “gender-affirming care” could violate federal law.

“I think it’s really important that we continue to speak out about the basic fundamental rights of all human beings,” Biden said. “What’s going on in some states, I won’t get into the politics of it, but in some states, it’s just outrageous, and I think it’s immoral. The trans part’s not immoral, what they are trying to do to trans persons is immoral.”

A number of GOP-led state legislatures have introduced or passed measures that prohibit gender transition treatments for minors, including puberty blockers, hormone therapy, and sex reassignment surgery, including Alabama, Arkansas, Texas, and Arizona.

Earlier this year, Alabama Gov. Kay Ivey (R) signed legislation making it a felony for medical professionals to provide transition-related care such as puberty blockers, drugs that are used to delay puberty in adolescents, to people under 19 years old. Portions of the bill, including the ban on puberty blockers, have since been blocked from taking effect by a federal judge.

Texas Gov. Greg Abbott (R) also issued a memo in February directing the Texas Department of Family and Protective Services to investigate parents that allow their children to receive “sex change” procedures, claiming that it constitutes “child abuse.” The directive is currently stalled in a court dispute.