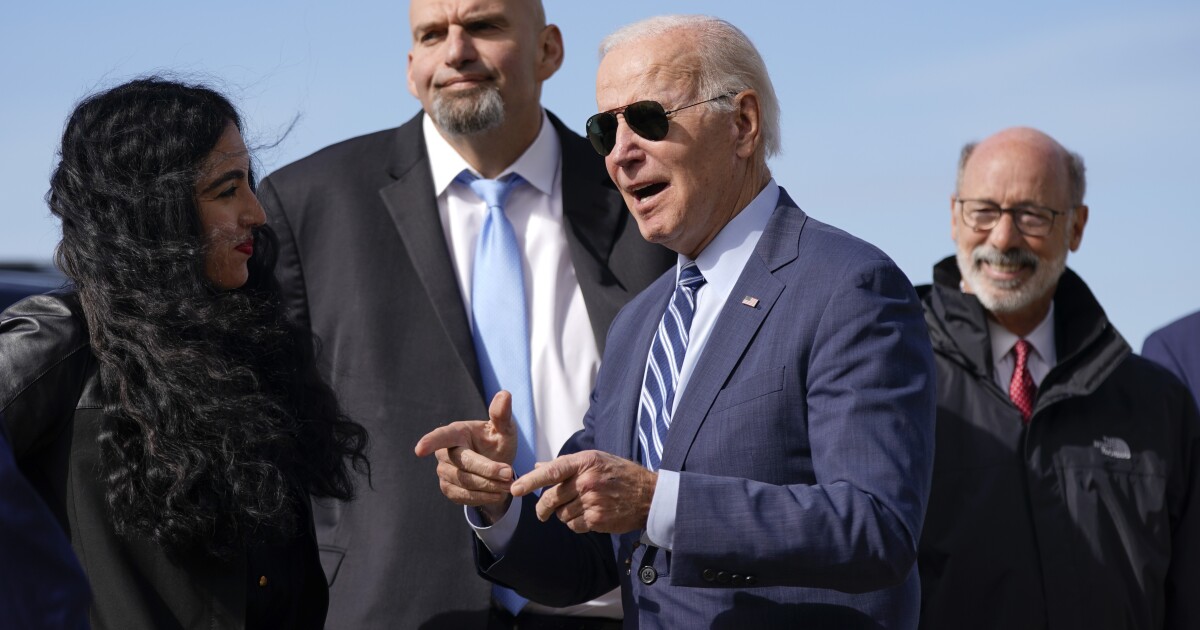 President Joe Biden warned voters that Dr. Mehmet Oz, who is running for Senate in Pennsylvania, would support “undoing everything we have done” if elected to Congress, criticizing the candidate for several of his policy standpoints.

During a campaign event on Thursday as Biden was stumping for Democratic candidate John Fetterman, the president used the rally to denounce who he refers to as “MAGA Republicans” — meaning GOP candidates who have centered much of their campaign on former President Donald Trump.

“It’s a choice: What direction do you want to see this country going?” Biden said during the event. “The folks running this party are the MAGA Republicans. … They have a very different view about the government role.”

Biden’s comments echo previous sentiments in which he attempted to knock Trump-backed candidates ahead of the midterm elections, decrying “MAGA Republicans” during a speech at Independence Hall in Philadelphia in late August. The president went on to criticize Republicans in Congress for failing to back some of his legislative proposals, lamenting that “not a single Republican” voted in favor of reducing prescription drug prices as part of a provision in a COVID-19 relief bill earlier this year.

“I want to be standing next to big John when he wins because, John, you have character, pal, and it matters,” Biden said.

Fetterman is set to face off against Oz in November as the two battle to replace retiring Sen. Pat Toomey (R-PA) for Pennsylvania’s open Senate seat. The race has been considered one of the most competitive of the midterm cycle as it will help determine which party gains control of the Senate come November.