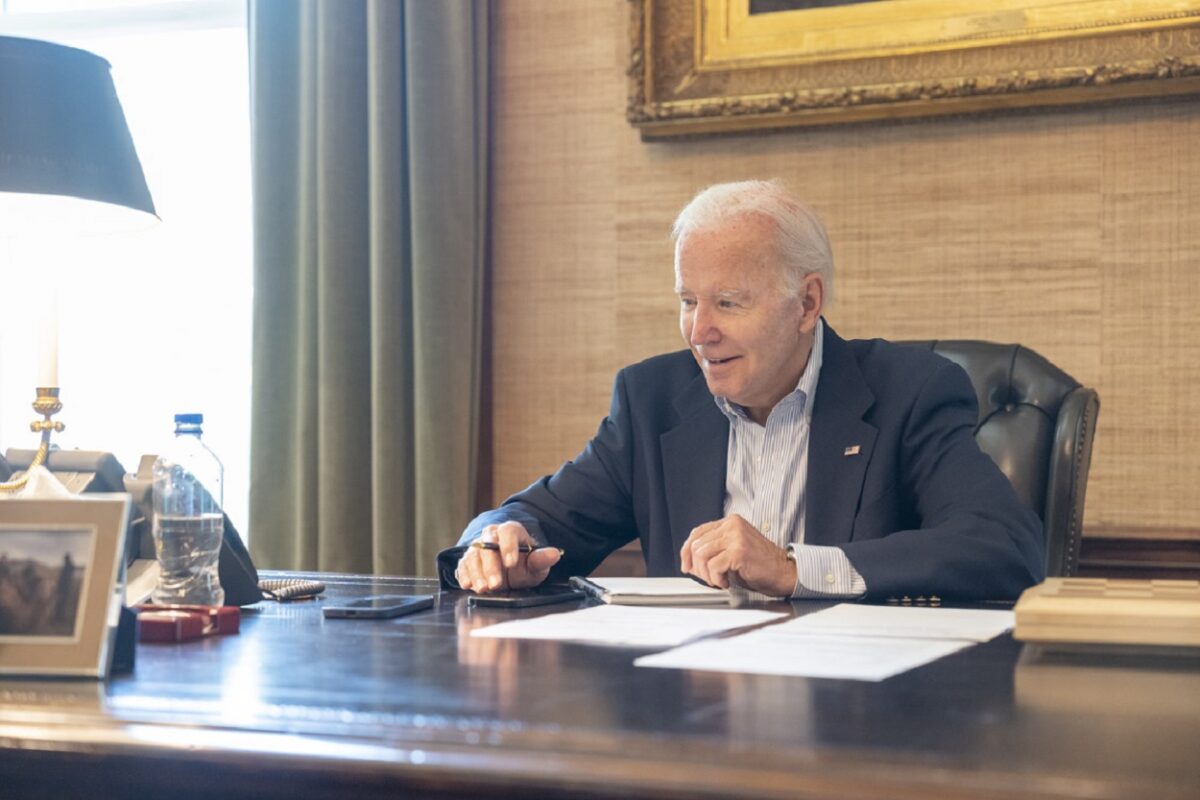 President Joe Biden insists that the United States is not slipping into an economic recession, a view that is being pushed strongly by the White House ahead of the soon-to-be-released Q2 GDP numbers.

“We’re not going to be in a recession, in my view,” Biden said in a virtual meeting on the semiconductor bill on July 25. “The unemployment rate is still one of the lowest we’ve had in history. It’s in the 3.6 percent area. We still find ourselves with people investing. My hope is we go from this rapid growth to a steady growth, so we’ll see some coming down.”

Biden’s statement comes as the Commerce Department is scheduled to release its second quarter 2022 estimate of U.S. GDP on Thursday. In the first quarter, the U.S. economy had shrunk at an annualized pace of 1.6 percent.

Most economists classify a country to be in recession when the nation has two consecutive quarters of GDP declines.

As such, if the Q2 GDP data to be released on July 28 also show negative GDP, the U.S. will generally be considered to be in recession.

The Federal Reserve Bank of Atlanta is predicting a GDP decline of 1.6 percent in the second quarter.

However, the White House is attempting to redefine what a recession is. “While some maintain that two consecutive quarters of falling real GDP constitute a recession, that is neither the official definition nor the way economists evaluate the state of the business cycle,” the White House Council of Economic Advisers wrote in a new blog.

Contrary to Biden and the White House, many financial institutions and experts expect the United States to be in a recession this year or the next.

In June, Goldman Sachs estimated a 30 percent chance of a recession in the coming 12 months, up from 15 percent in April. Moody’s chief economist warned in a recent note that the risks of a recession were “uncomfortably high.”

In an interview with CNN, former U.S. Secretary of Treasury Larry Summers admitted that the possibility of a recession in the near future is now very likely. He is skeptical about the Federal Reserve and other policymakers solving rampant inflation without triggering a recession.

“When we’ve been in this kind of situation before, recession has essentially always followed. When inflation has been high and unemployment has been low, soft landings represent a kind of triumph of hope over experience. I think we’re very unlikely to see one,” he said.