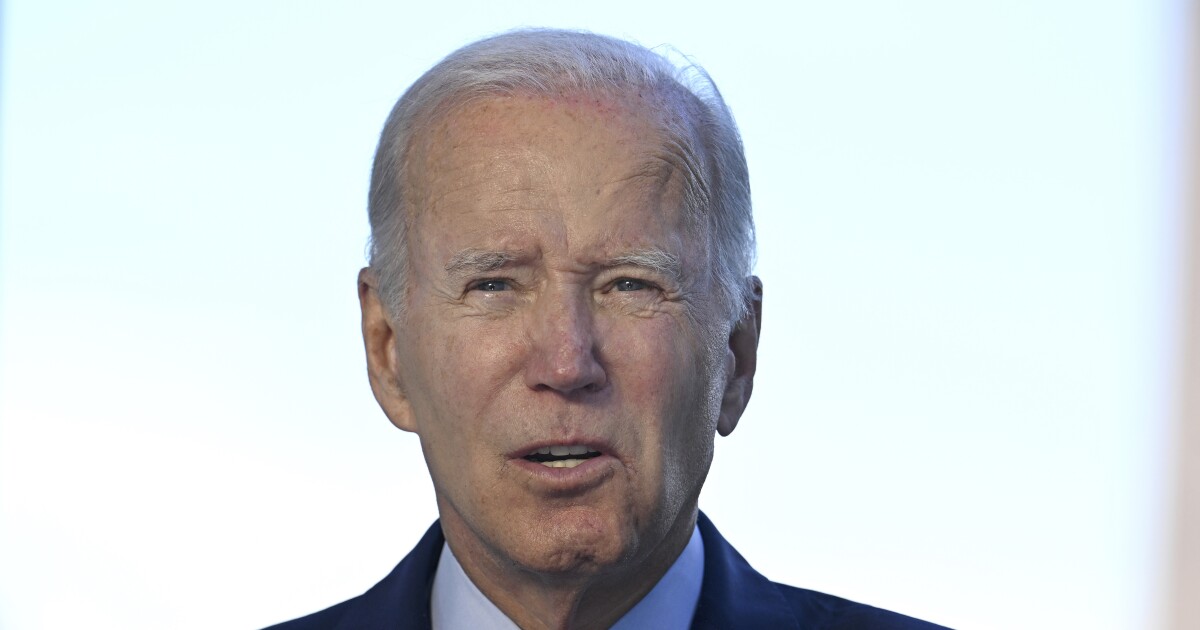 President Joe Biden is currently hoping to break months of negative polling with arguably the most successful short stretch of his presidency, yet both his opponents and critics are still questioning his political future.

On its surface, the past two weeks of Biden’s presidency have been characterized by the coronavirus and a few Democratic bucket list legislative items.

The passage of the Chips and Science Act and PACT Act will allow the president to address two long-term political promises, extending healthcare coverage for veterans exposed to toxic burn pits and growing U.S. semiconductor manufacturing capacity. It also sets up vulnerable Democrats to campaign on two relatively popular laws heading into the midterm elections.

In recent days, Biden has also announced the killing of al Qaeda leader Ayman al Zawahiri, landed another attempt at passing a sweeping partisan reconciliation bill after multiple failures over the past 12 months, and saw on Wednesday the historically high national average for gas prices decrease for the 50th straight day.

Biden specifically used the killing of al Zawahiri to try to bring closure to families of 9/11 victims, drawing an implicit parallel with his possible 2024 general election opponent, former President Donald Trump, who himself is currently embroiled in controversy with those same families over his support for Saudi-funded LIV Golf.

Still, all of that occurred while the president was forced to work from the White House residence after twice testing positive for COVID-19 on nonconsecutive days and senior members of his own party voiced doubts in recent days about whether he should or will run again for a second White House term despite the administration’s past repeated assurances that he will.

Reps. Carolyn Maloney (D-NY) and Jerry Nadler (D-NY), who are squaring off against each other in a redistricting-driven primary, both stopped short of saying during a Tuesday night debate that Biden would be the party’s 2024 nominee.

Nadler claimed that it’s “too early to say,” while Maloney actively stated she doesn’t “believe he’s running.” Maloney later clarified in a Thursday tweet that she would support Biden if he does indeed run.

Two senior Republican officials similarly proposed to the Washington Examiner that Biden won’t be atop the Democratic ticket in 2024.

“Even if this Trojan horse bill helps Democrats hold on to seats in 2022,” one official said of the reconciliation bill, “it’s still going to raise costs for everyday American families, and when the voters see how all of Biden’s fiscal policies are killing the economy, it’s curtains.”

A second official sarcastically suggested that Democrats are currently tallying legislative wins specifically because Biden has been relatively sidelined by COVID-19 and throughout the Manchin-Schumer negotiations.

White House officials maintain that the president has been effectively carrying out his duties even while experiencing mild coronavirus symptoms, and White House press secretary Karine Jean-Pierre bristled at a Tuesday suggestion that Biden’s successes were occurring specifically because the president had been out of the public eye.

“I hear what you’re saying, but we’ve had successes over the last 18 months. It’s not just been this week,” Jean-Pierre told reporters at Tuesday’s briefing. “We had the American Rescue Plan. We had the bipartisan infrastructure deal. We’ve had other successes in this White House.”

“I think we should just be really thrilled and really excited that we’re getting work done for the American people, and I think that’s what matters at the end of the day,” she stressed.