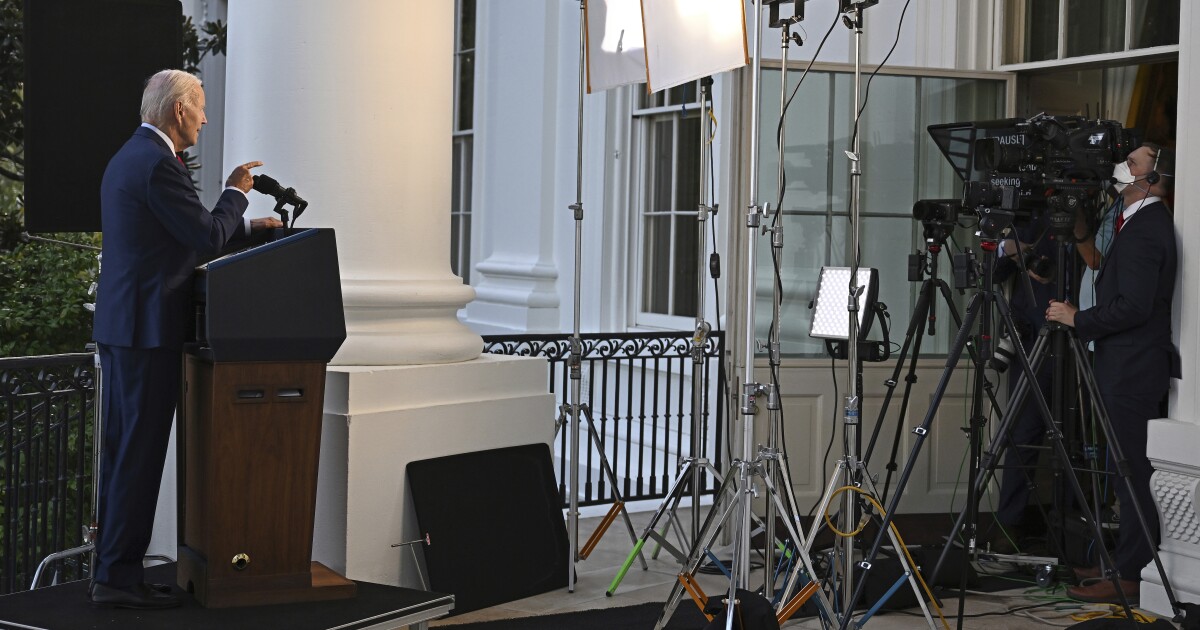 The White House objected to a reporter’s suggestion Tuesday that President Joe Biden’s recent string of successes had something to do with the fact that he has been out of the public eye since testing positive for COVID-19 in late July.

The Washington Post’s Tyler Pager asked White House press secretary Karine Jean-Pierre if “it’s just coincidence that” these recent successes, including the passage of the Chips and Science Act, the reconciliation agreement, and the killing of a top al Qaeda leader, all “happened while he has largely been isolating in the White House.”

The reporter further noted that Biden “had a successful 2020 campaign where he was mostly working from home.” During that race, the Democratic nominee was frequently mocked as “Basement Biden” or “Hidin’ Biden.”

“My goodness,” Jean-Pierre exclaimed. “Look, the president is going to continue to work for the American people, regardless — it doesn’t matter where he is.”

“I hear what you’re saying, but we’ve had successes over the last 18 months. It’s not just been this week,” she continued. “We had the American Rescue Plan. We had the bipartisan infrastructure deal. We’ve had other successes in this White House.”

Still, Pager pressed Jean-Pierre yet again on whether the timing of Biden’s “string of successes” was a “coincidence.”

“I think we should just be really thrilled and really excited that we’re getting work done for the American people, and I think that’s what matters at the end of the day,” she responded simply.

You can watch Tuesday’s briefing in full below.