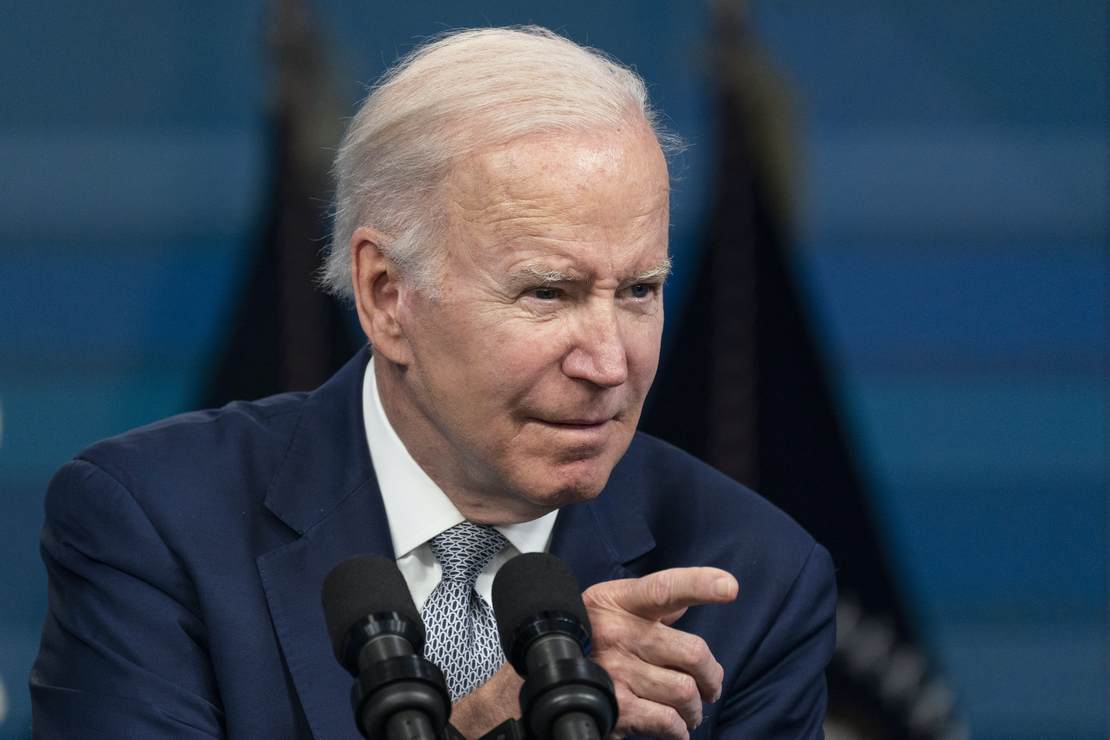 On Friday morning during his remarks about taking executive action on abortion, Joe Biden continued his despicable attack on the Supreme Court.

He claimed, falsely, that the right to an abortion was “embedded in our Constitution”

BIDEN: “We can not allow an out of control Supreme Court, working in conjunction with extremist elements of the Republican party, to take away freedoms…the choice we face as a nation is between the mainstream and the extreme…” pic.twitter.com/wpGR9zxWrk

“We cannot allow an out-of-control Supreme Court, working in conjunction with extremist elements of the Republican party, to take away freedoms,” Biden railed. “The choice we face as a nation is between the mainstream and the extreme.”

Um, Joe? It’s the Supreme Court; you don’t have the right to overrule it. It’s a co-equal branch of government. It’s not your role to either make the law or decide what is constitutional. You don’t get to circumvent the law because you don’t like it. “We cannot allow” sounds a lot like he’s going to try to subvert the decision of the Court. Or at least that’s what he wants the base on the left to think.

But the problem is even if it’s empty rhetoric for him, it’s continuing to whip up that angry base. We’ve already seen how that hasn’t turned out well, with the assassination attempt against Justice Brett Kavanaugh and firebombings at crisis pregnancy centers. Protesters were even harassing Justice Kavanaugh at a restaurant on Wednesday, and he had to duck out the back door for safety.

But Biden didn’t leave it there. He lied, saying that the Court’s decision and state laws could prevent hospitals and doctors from giving proper care for miscarriages.

Biden claims that Roe v Wade being overturned means that hospitals and doctors would hesitate to treat women who’ve had a miscarriage. pic.twitter.com/8S5zTr1gzA

Biden claimed that they might delay treatment to “call the hospital lawyer.” This is just shameless lying at this point, as no doctor is going to be prevented from giving proper care in the case of a miscarriage. Then he tried to act as though the executive order he was signing would somehow protect women, when in fact there’s nothing that would prevent them from getting proper care in that situation.

In addition to the attacks on the Court and the lies, Joe Biden’s brain was completely fried, as he gaffed right and left.

Biden spoke about what was happening, “Right now, in all 50 straits and the District of Combia…”

BIDEN: “Right now, in all 50 straits and the District of Combia…” pic.twitter.com/sBkBq3u0Oo

Next, he read a quote, but then had a true “Ron Burgundy” moment, saying “End of quote. Repeat the line.” Watch Health and Human Services Secretary Xavier Becerra try to hold it together, but he can’t quite–you can see him smiling, probably trying not to laugh.

Kamala, on the other hand, seems like she knows her future hooked to Joe isn’t going to go well. She looks like she sees her prospects flying out the window.

That wasn’t all, as this collection notes, in a quick 21 seconds.

I think maybe he was right the first time–unfortunately, he’s restored a lot of “woe” for all of us.