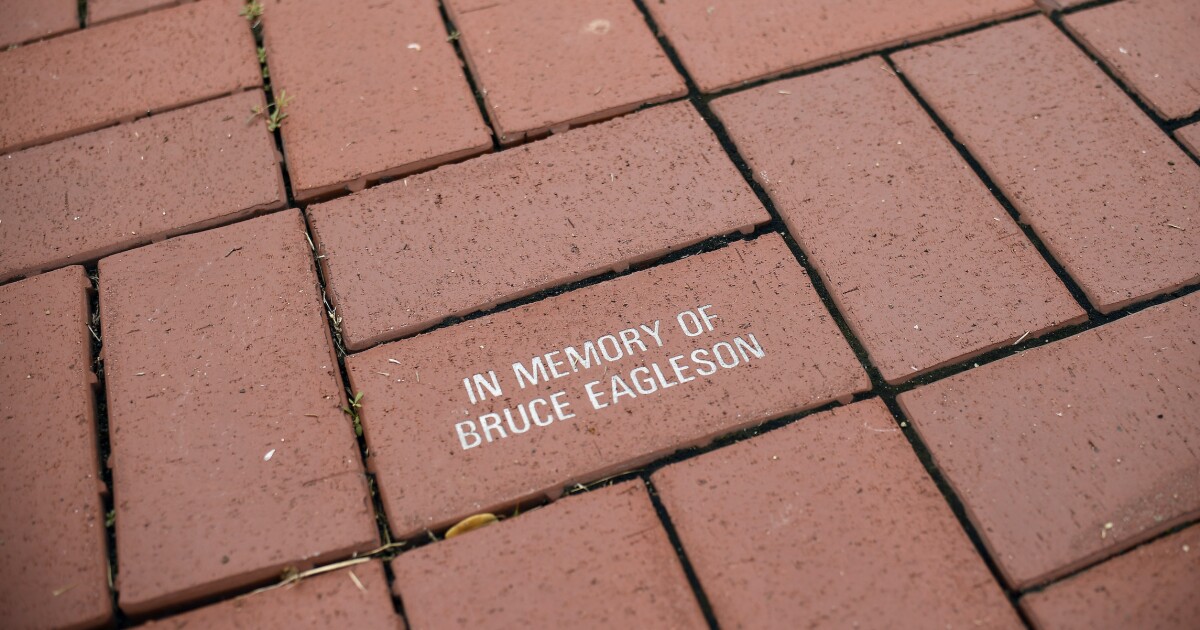 As Taliban forces rampaged across Afghanistan in the wake of the departing U.S. forces last year, they lit the fuse on a financial dispute that has rocked the victims of the 9/11 terrorist attacks.

“A year ago, the community was sort of at peace,” 9/11 Justice founder Brett Eagleson told the Washington Examiner. “And we had no idea about this money, and things were better off. And there wasn’t this infighting and all these issues.”

The controversy centers on Afghan central bank reserves held in the United States, a $7 billion fund stockpiled in support of the Afghan financial system’s integration into global markets. The Taliban’s rapid reconquest of the country left the central bank in a precarious place — independent of a government that no longer exists but vulnerable to the victorious terrorists. President Joe Biden’s response to that new dynamic has dismayed Afghan citizens living through the economic crisis wrought by the collapse of Afghanistan’s democracy and empowered a small group of 9/11 families represented by one of his former advisers. This led Eagleson to suspect that a “dirty inside deal with the administration” lies at the heart of an acrimonious legal dispute between many victims of Taliban terrorism.

“So no one has seen that money yet,” said Eagleson. “And it’s our presumption that nobody will probably see that money for at least a couple of years, if we even are allowed to see any of that money.”

Biden’s team moved first to prevent the Taliban from accessing those funds. Likewise, Western powers and international institutions also stopped providing the foreign aid that has fueled so much of the Afghan economy over the past two decades.

“This was a difficult challenge for the administration, and there were no easy solutions. And pitfalls and trade-offs for whatever approach they took,” U.S. Institute for Peace senior economist William Byrd told the Washington Examiner. “What caused the huge economic shock in Afghanistan was not mainly the freezing of reserves, per se, but the stopping of aid that came to an abrupt halt after Aug. 15 last year, and that aid was about $8 billion a year. … At one fell swoop on Aug. 15, $8 billion of annual inflows were lost, and that was the real economic shock.”

Eagleson is one of thousands of Americans involved in various lawsuits seeking accountability and compensation for the attack on the World Trade Center, which killed Eagleson’s father, Bruce. Those efforts focused chiefly on states such as Saudi Arabia and Iran, but a small group of 9/11 families known as the Havlish plaintiffs secured a default judgment against the Taliban in 2011. Eagleson is a member of a group known as the Ashton plaintiffs, who are trying to stake their own claim to the Afghan central bank reserves.

The various victims of Taliban-sponsored terrorism soon received another shock when on Aug. 27, the day after the suicide bombing that killed 13 U.S. service members deployed for the evacuation through Kabul airport, the Havlish plaintiffs obtained a writ of execution from a federal judge. This arcane-sounding legal maneuver set the stage for them to seize the Afghan central bank reserves as payment for the judgment against the Taliban that they had won in 2011 — a startling proposal for many observers of the Afghan economy, as well as some other Taliban victims.

“That money should not go to 9/11 families,” said 9/11 Families for Peaceful Tomorrows member Phyllis Rodriguez, whose son Greg worked in the north tower. “This is a total misunderstanding of what these funds are. … This money belongs to the Afghan people. Without this money, there’s no liquidity in Afghanistan. So there’s a real economic and humanitarian crisis going on. Restoring this money to the bank would help a lot.”

Rodriguez’s assertion takes aim at the fundamental theory of the Havlish plaintiffs, who have argued that the central bank reserves can be treated as Taliban funds for purposes of their lawsuits. The Biden administration, after an initial delay, tried to thread the needle in February by issuing an executive order that opened the door to using half of the reserves “to meet the needs of the Afghan people,” while stipulating that the other half of the frozen funds would remain “subject to ongoing litigation by U.S. victims of terrorism” linked to the Taliban. And that decision presented federal judges with the fraught question of which families have a rightful claim to the funds — or, indeed, if any of them do.

“What the Biden administration did was really a disservice to the 9/11 community because they never specified how that money is to be allocated,” said Eagleson, whose father died in the South Tower. “They left it up to the courts to figure out what to do with it.”

That’s not quite right, according to the Havlish plaintiffs, who reject the idea “that these monies were set aside for 9/11 victims” in general. “The Biden administration is allowing the court to make a determination as to people who have properly secured judgments, writs and turnover decisions,” said Dennis Pantazis, who emphasized that only three groups of plaintiffs have such a judgment. “It was set aside for the court to make appropriate judicial determinations about that. And if the court found that the judgments, the writs, and the turnover petitions are valid, then it would apply federal and state New York law to distribute those funds.”

The idea that the executive order gave a special advantage to the Havlish plaintiffs is a scandalous one, from Eagleson’s perspective, because they are represented by an attorney and former diplomat with very close ties to the administration. Less than two weeks after the Havlish plaintiffs obtained the writ of execution, Wolosky joined the White House as a special counsel for the resettlement of refugees. He returned to his law firm in January, shortly before the unveiling of the executive order. Biden’s team has said that Wolosky was “specifically recused and walled off from any and all discussions related to any litigation related to the victims of 9/11, including but not limited to the disposition of the Afghan reserves at the Federal Reserve Bank of New York,” but Eagleson doesn’t believe that, although he acknowledges that he can’t prove otherwise.

“My suspicion is that Lee Wolosky cut a dirty inside deal with the administration and he’s the man behind all this,” he said. “And he’s the one that got the writ on the [central bank] assets. And I think he’s really the driver behind this whole thing.”

In any event, the Havlish plaintiffs’ narrow reading of the executive order has sent a jolt through the attorneys for other 9/11 families, conscious as they are that the conventional process for prioritizing the paying out of such judgments in New York could direct billions of dollars to the 47 families who make up the Havlish group.

“My clients have lived in fear since Feb. 22 when the New York State priority rules were emphasized at that conference, and it was a growing fear among the 9/11 families that the Havlish plaintiffs at that time would take the lion’s share of the $3.5 billion,” attorney John Schutty, one of the Ashton plaintiffs’ lawyers, told a federal judge in April.

The Havlish plaintiffs have tried to take the edge off that complaint by proposing a “framework agreement” for dividing the funds between the few client groups that have the crucial judgments against the Taliban and the larger body of 9/11 families. Pantazis emphasized that this proposal would be on a “voluntary basis,” if the court decides that the central bank reserves, in fact, can be used to pay off the Taliban judgments. “That is a work in progress. But that is not what the court is considering,” he said.

Pantazis declined to share any details of the framework proposal. “The parties that have judgments will be able to protect their judgments, but our framework agreement is an agreement to share part of that,” he said.

That’s a hard pill to swallow for Eagleson, who regards the Havlish plaintiffs’ 2011 judgment against the Taliban as a “fluke” advantage over other 9/11 families.

“I think this is a nightmare scenario for the entire 9/11 community, because you’re pitting victims against victims, and you’re making us fight like dogs over a piece of meat,” he said. “And I just think it’s terrible that the Biden administration put us in this situation without clarifying or without making a commitment to fairness and equity.”

For Pantazis, the order does just that. “It’s equitable, because, again, the Havlish plaintiffs’ have the judgment [against the Taliban],” he said. “And the Havlish plaintiffs are the ones who have established the record that each one of the other 9/11 families have used in court to get their judgment against Iran and [to try to get one] against the Taliban. So the Havlish families have contributed tremendously to all these families.”