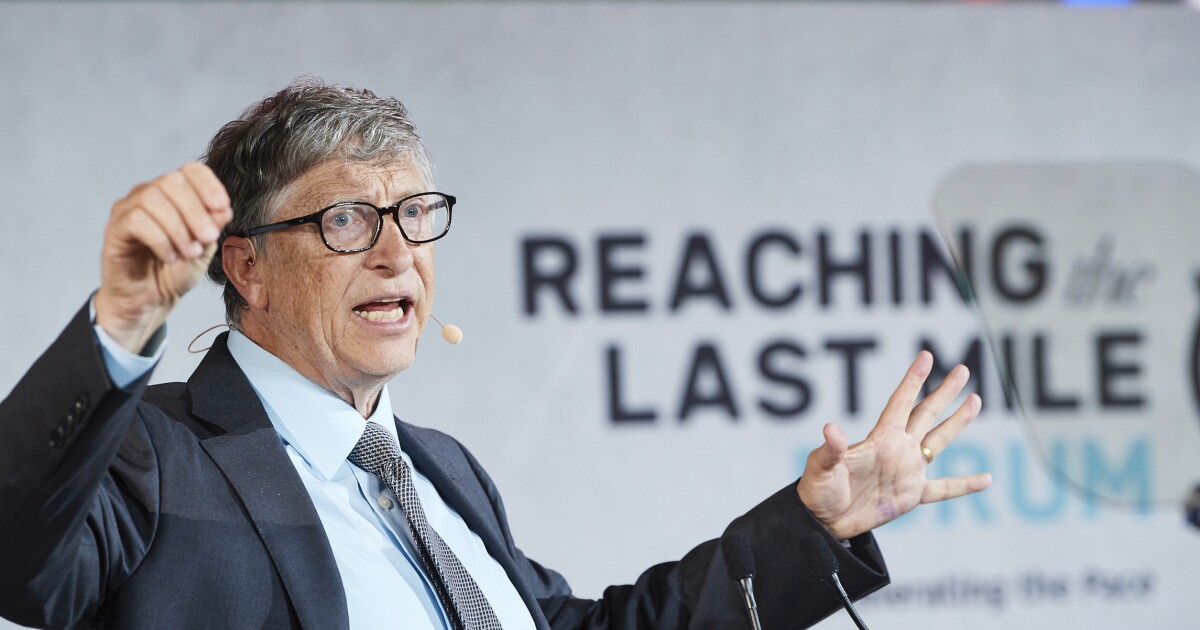 Gates, a longtime proponent of the green policy agenda also favored by the Biden administration, sat down with Manchin to discuss the senator’s hesitancy to back some of the president’s climate policy and helped persuade Senate Majority Leader Chuck Schumer (D-NY) to continue pursuing a deal with Manchin after the first fell through, according to Bloomberg. Gates’s campaign, as well as maneuvering from environmental and renewable energy lobbyists, eventually helped the two senators reach a deal and pass the Inflation Reduction Act earlier this month.

HERE ARE THE CLIMATE CHANGE PROVISIONS IN THE INFLATION REDUCTION ACT

“I will say that it’s one of the happier moments of my climate work,” Gates told Bloomberg. “I have two things that excite me about climate work. One is when policy gets done well, and this is by far the biggest moment like that.”

When Schumer and Manchin announced their deal at the end of July, it came as a shock to those who had followed Manchin’s opposition to the big-spending bills President Joe Biden had backed, including the Build Back Better legislation and the Infrastructure Investment and Jobs Act. His opposition in the 50-50 split Senate was enough to sink them both last year, but Gates continued to discuss the viability of climate legislation with Manchin on several known occasions throughout 2022.

“I kept trying because I just didn’t see another chance,” Gates said, who had cultivated a relationship with Manchin for three years due to the latter’s position on the Energy and Natural Resources Committee.

Gates shared a meal with Manchin and his wife in January, where they reportedly discussed the reliance of West Virginians on coal mining jobs. Gates suggested here that some of these jobs could be replaced with those that would come from small nuclear power plants, but it wasn’t enough, as Manchin declared Build Back Better “dead” on Feb. 1 in response to rising fears over inflation.

But on July 7, both attended the Allen & Company Sun Valley Conference in Idaho, an annual hub for movers and shakers in industry and media. Manchin was willing to reconsider at this point.

“We had a talk about what was missing, what needed to be done,” Gates said. “And then after that, it was a lot of phone calls.”

Schumer and Gates had also been in communication, and at one point, Schumer opined that he had “shown infinite patience” with Manchin, according to Gates, who asked him to stick it out a little longer.

“You’re right,” Gates recalled telling Schumer. “And all you need to do is show infinite plus one patience.”

When Schumer and Manchin announced their deal on July 27, it included the large investments that would eventually pass Congress. Gates wasn’t the only one trying to soften Manchin, and the campaign included a cohort of lobbyists and activists who eventually convinced him that the climate, tax, and healthcare bill that eventually passed would benefit the economy.

The Washington Examiner reached out to Manchin’s office for additional comment, but did not receive a response.

Biden signed the Inflation Reduction Act into law Tuesday. The legislation includes tax incentives for clean energy and electric vehicles, fines for manufacturers that emit too much methane, and funding for “environmental justice.” It sets the United States on track to reduce carbon emissions to 40% below 2005 levels by 2030.