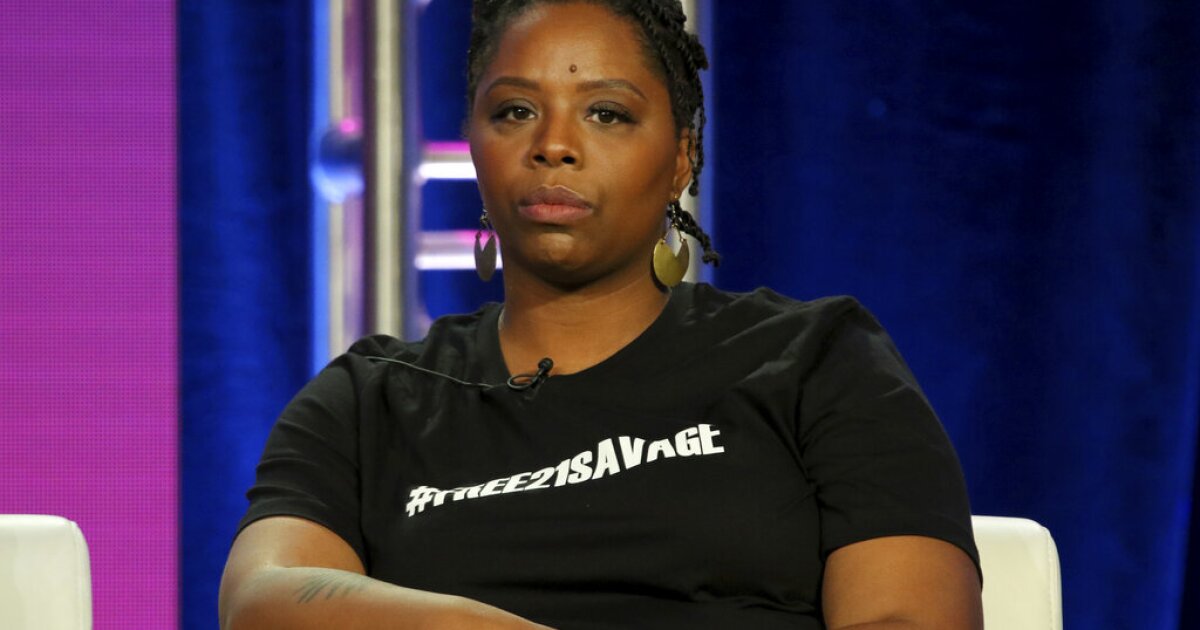 Three months have passed since the national Black Lives Matter group announced the launch of an art fellowship program used to justify its secret purchase of a $6 million Los Angeles mansion, but the charity hasn’t even begun to accept applications for the program.

Black Lives Matter Global Network Foundation announced the fellowship program just days before New York magazine revealed in early April the charity had secretly purchased the property with donor cash in October 2020. BLM co-founder Patrisse Cullors filmed videos at the property for her personal YouTube channel, held private events at the compound, and stayed at the mansion for days at a time during the 19-month period BLM concealed its purchase of the property from the public and its donors.

Cullors said in a now-deleted Instagram post in April that BLM didn’t disclose the property purchase because it “needed repairs and renovation.”

BLM said in an Instagram post in April that “application details will be announced in the near future” for the fellowship program. But the charity has since made no apparent effort to bring the program to fruition.

BLM also tweeted in April that it purchased the mansion, which it calls the “Creator’s House,” to “provide a space for Black folks to share their gifts with the world and hone their craft as they see fit, under the conditions that work best for them and outside systems of oppression in creative industries.”

BLM indicated on its website in May that it was nowhere close to launching the fellowship program.

“We will have more concrete plans for the Creator’s House once we have further built out internal infrastructure and staff, but the plan remains to use the space for recipients of the Black Joy Creators Fellowship to share their gifts with the world and hone their craft as they see fit,” BLM disclosed on a section of its website dubbed the “Transparency Center.”

BLM said in a May blog post on its website that criticism of its “smart, diversified investment” decision to purchase the $6 million Los Angeles mansion was a “double standard” derived from “embedded racism.”

It’s not clear how BLM is currently utilizing its Los Angeles mansion, when the charity plans to begin accepting applications for its art fellowship program, or how many fellows are budgeted to participate in the program. BLM told the Washington Examiner on Friday that “updates” on the fellowship program are forthcoming.

“There will be updates on the fellowship in the coming weeks ahead,” an unnamed BLM spokesperson told the Washington Examiner in an email.

BLM filed an IRS Form 990 tax return in May showing the charity doled out lucrative contracts and payments to close friends and family of Cullors after it received a windfall of cash amid nationwide protests during the summer of 2020.

The filing also showed that BLM granted $8 million to BLM Canada to help the group purchase a mansion in Toronto that cost $6.3 million.

Cullors, who resigned as BLM’s executive director in May 2021, said in April it was “triggering” to her whenever she hears about federal charity transparency laws.

The charity said the independent audit it released alongside its Form 990 revealed that its finances are “strong, the organization is financially sound, and its leaders have been good stewards of the people’s donations.”

Despite assertions otherwise, an independent audit has revealed that Black Lives Matter’s finances are strong, the organization is financially sound, and its leaders have been good stewards of the people’s donations.

Multiple states across the country, including California and Washington, ordered BLM to shut down its fundraising operations in early 2022 following a series of reports by the Washington Examiner covering the charity’s egregious lack of financial transparency surrounding its $90 million financial windfall from 2020.

Indiana and Ohio also launched investigations into BLM’s use of charitable resources.

CharityWatch Executive Director Laurie Styron previously told the Washington Examiner that BLM’s conduct amounted to “the worst transparency issue” she’s ever witnessed in her 18-year career as a charity watchdog.

BLM overhauled its board of directors in early May, adding two activists who share close ties to Cullors.

BLM removed the ActBlue donation button from its website in February, and Amazon booted the charity from its AmazonSmile fundraising platform due to its compliance problems in states across the country.

While California, Washington, and the other states that had ordered BLM to cease fundraising operations in early 2022 have since provided the green light to resume raising money, the charity has made little apparent effort to solicit additional funds.

BLM sent an email celebrating Pride Month to its distribution list on June 28 that contained a link to an ActBlue donation page, but the charity has not yet added a donation button back to its website.

“Fundraising via the donate button will resume imminently,” the unnamed BLM spokesperson told the Washington Examiner on Friday.

AmazonSmile has yet to add BLM back to its service.