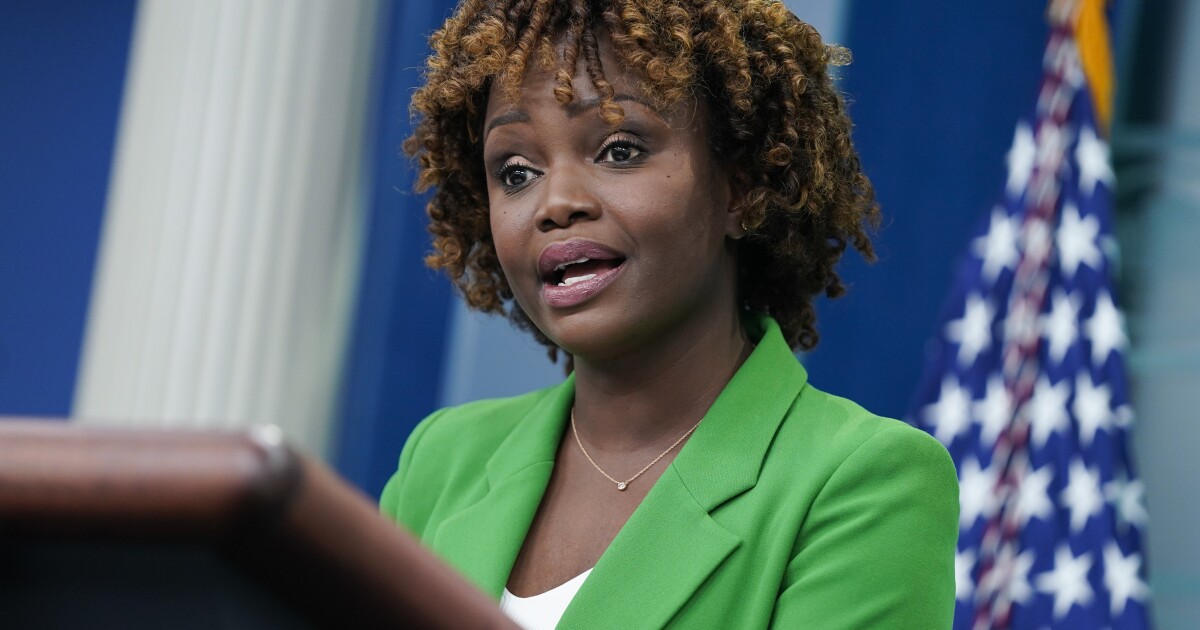 The White House danced around a new report from the National Assessment of Educational Progress on Monday showing significant drops in math and reading scores among students over the past two years.

The “nation’s report card” found that no state saw math or reading score increases over the time frame, and Peggy Carr, the commissioner of the National Center of Education Statistics, claimed, “The results show the profound toll on student learning during the pandemic, as the size and scope of the declines are the largest ever in mathematics.”

White House press secretary Karine Jean-Pierre, pressed on the report during Monday’s briefing, did not preview any initiatives under consideration by the administration meant to boost learning in light of the report and instead pointed to Biden’s American Rescue Plan as being critical to reopening schools in 2021.

“The results of this data are unacceptable. That is something that the president believes, and you heard straight directly from Secretary Cardona today,” she said.

Jean-Pierre claimed that the administration “always knew that getting schools open would not be enough” and sought to shift the blame back on Republicans for voting against the president’s pandemic spending proposals.

“Let’s not forget that the American Rescue Plan was something only Democrats voted for. No congressional Republicans voted for that piece of legislation, which was critical to getting our economy back up, including opening up schools,” she continued. “We’re focused on ensuring schools across the country use the American Rescue Plan funds to help students recover, and we have already launched nationwide efforts to get students recovered with efforts we know that work, to hire more high-quality educators and expand tutoring summer and after-school programs bolstered by these very funds.”

You can watch Monday’s press briefing in full below.