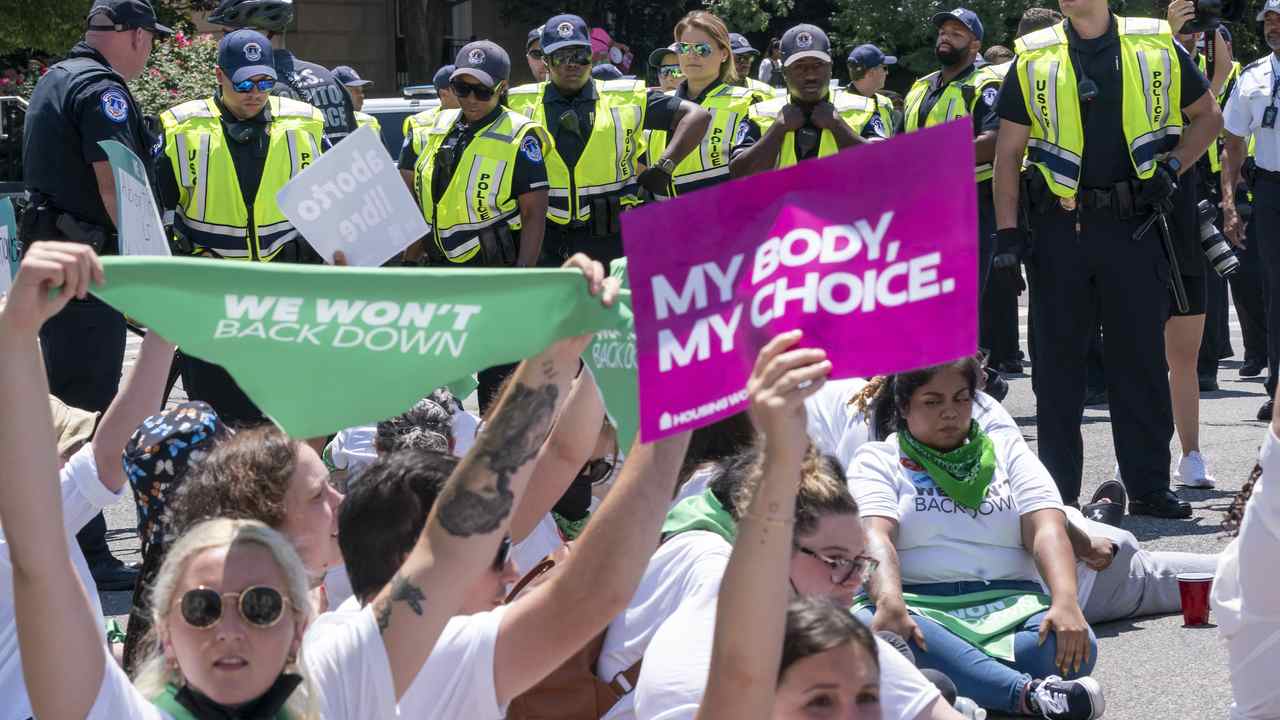 Humanity loves circles. We keep repeating the same patterns of dehumanizing behaviors over and over again.

The recent failure to pass the Value Them Both Amendment, via a voter ballot initiative, would have affirmed there is no “right to abortion” in Kansas’ constitution. It would have enabled legislators to pass bills that protect women and their babies from the violence of abortion. With massively funded out-of-state opposition and misinformation, amplified by an unapologetically pro-abortion news media, it was defeated by a nearly 20 percent margin. Sadly, this isn’t surprising.

But this battle is eerily reminiscent of another fight for human equality: Slavery.

In 1854, pro-slavery politician Stephen Douglas’ Kansas-Nebraska Act repealed the 1920 Missouri Compromise which disallowed slavery north of the 36th parallel. This anti-human bill created a nation that was half slave, half free. Of course, everyone knows that a house divided against itself cannot stand.

The Kansas-Nebraska Act allowed states to decide on the personhood of fellow human beings. Either we’re all created equal or we’re not. As always, anytime one group of humans gets to decide the value of other humans, things go terribly wrong. The Act brought turmoil to Kansas as both pro-slavery and anti-slavery forces descended upon the state to sway the vote. Hmmmm. Sound familiar?

The years-long conflict from 1854-1861 led to a reported 56 deaths among both sides (a slight majority of deaths were among the anti-slavery faction). It was called Kansas Bleeding. Ultimately, Kansas joined the Union and became a free state. In other words, it ended up on the right side.

But that failure to peaceably resolve a crucial question about our humanity led to an even greater conflict – the Civil War.

We’re not fighting a civil war right now but a deeply moral and spiritual one. Yes, we’re seeing the pro-abortion faction act out in violence with their “Summer of Rage”, burning down pregnancy centers, terrorizing pro-life politicians and judges, and threatening pro-life organizations across the nation. Even with those heinous acts, we can’t lose sight of the blood of the nearly million killed each year by failing to love them both. In Kansas, 22 are killed each day by an industry saturated with the blood of the most defenseless. Where’s the moral outrage? Where’s the moral courage?

Aside from the Lutheran Church – Missouri Synod (Kansas District), Kansan Catholic Dioceses, and the state Southern Baptist Convention, there are no other denominations or churches in direct public support of the Amendment’s campaign effort.

Evil flourishes when churches are silent about abortion.

According to the United Methodist News, The United Methodist Church of the Resurrection, held a sort of town hall albeit with a confusing mix of pro-abortion and pro-life speakers. Where is the moral certitude? The pastor, Reverend Adam Hamilton, read a letter written by his mother who rejected abortion and considered him her “greatest blessing.” The pastor, strangely, went on to say he’s “pro-life with a heavy heart” yet wouldn’t say if he would vote for the amendment. Nothing like a pastor unsure of his moral convictions regarding the greatest injustice of our time.

Dr. Brenda Shoup, an OB/GYN and wife of one of the church’s pastors, advocated for abortion in cases of “fetal abnormalities or ailments” saying: “But as a medical professional, we have to at least offer them termination of this pregnancy.” Actually, no you don’t. (That mentality would’ve included a number of my godbrothers and godsisters with Down Syndrome. They were better off loved, not better off dead.) Perhaps she should dialogue with the American Association of Pro-Life OBGYNs (or AAPLOG). They have a very different take on the moral responsibility of medical professionals.

The town hall pushed the notion that abortion is simply a lot of gray areas. If only Scripture said anything about the shedding of innocent blood, or about “my body my choice”, or about being created fearfully and wonderfully regardless of being (humanly) planned or unplanned.

I guess I’m a result of one of those “gray areas”, being conceived in rape but adopted in love. I’m tired of morally ambiguous Christian churches and leaders pretending the commercialized slaughter of the innocent and the exploitation of women is merely a personal preference. To the ones who boldly teach and live from a biblical worldview…thank you. You are the salt and light that this earth needs.

There is no gray area with human worth. There certainly was no gray area with the inhumane institution of chattel slavery in our country. Kansans missed a valuable opportunity in a post-Roe America to set a course in the right direction this time. It’s not, however, the last chance to right a wrong. Keep on fighting pro-life advocates through pregnancy care centers, through maternity homes, through adoption agencies, through the legislatures, through the courts, and yes, through the Church.

We know defeat happens, but it can make us stronger. Don’t give into the media hype and the heartbreaking pro-abortion celebrations. Keep fighting for truth through everyday encounters and acts of compassion. Keep believing that this nation, this House, can be united in belief and practice that we’re all created equal.

Slavery was abolished. No more compromises. No more voting campaigns. So be encouraged that victory happens. Galatians 6:9 reminds us that none of our blood, sweat and tears are ever in vain.