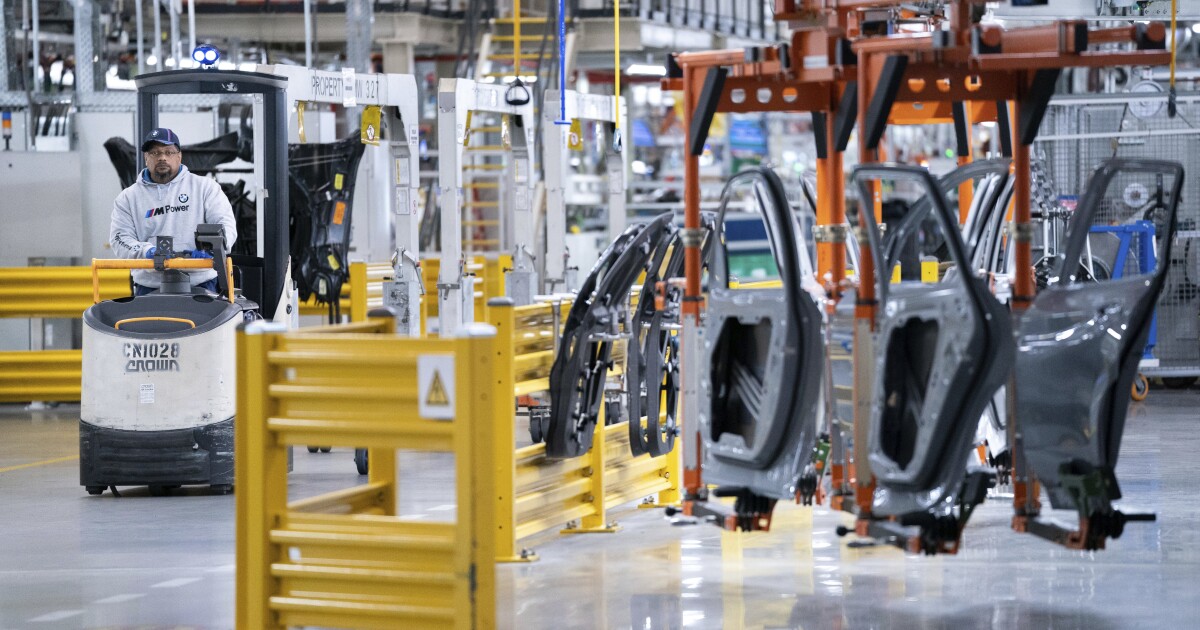 BMW is betting big on electric vehicles, announcing Wednesday a $1.7 billion investment in preparing to produce the vehicles and their batteries in South Carolina.

“For decades, Plant Spartanburg has been a cornerstone of the global success of the BMW Group,” said the chairman of the BMW Group board of management, Oliver Zipse, in the announcement. “Going forward, it will also be a major driver for our electrification strategy, and we will produce at least six fully electric BMW X models here by 2030.”

“In addition, we can showcase BMW Group’s ‘local for local’ principle: Our newly developed sixth generation battery cells, which were specifically designed for the next generation electric vehicles, will be sourced here in South Carolina — where X goes electric,” he continued.

‘BATTEN DOWN THE HATCHES’: BEZOS WARNS OF IMPENDING RECESSION

One billion dollars of the investment is to prepare the Spartanburg plant to produce batteries for future electric models. The other $700 million is earmarked for a high-voltage battery assembly facility in Woodruff. The new facility will add more than 300 new jobs.

Battery cells for the electric vehicles will be purchased from Envision AESC, which is building a new battery plant in the state to supply to the factory.

“Envision will produce newly developed round lithium-ion battery cells, which were specifically designed for the sixth generation of BMW eDrive technology, and will be used in the next generation electric vehicles,” according to the press release.
This local partnership with Envision will be beneficial to the regional supply chain, according to BMW.

The move is part of the company’s goal of reducing its carbon dioxide emissions by 40% per vehicle by 2030.

“BMW’s sustained and impactful presence in South Carolina demonstrates the power of partnership and shared commitment to our state’s automotive industry success,” said Gov. Henry McMaster (R-SC). “With today’s announcement of a $1 billion expansion to Plant Spartanburg for manufacturing electric vehicles as well as $700 million for a new plant in Woodruff to assemble battery units, the road to the future is here. And I applaud BMW on helping lead the way.”