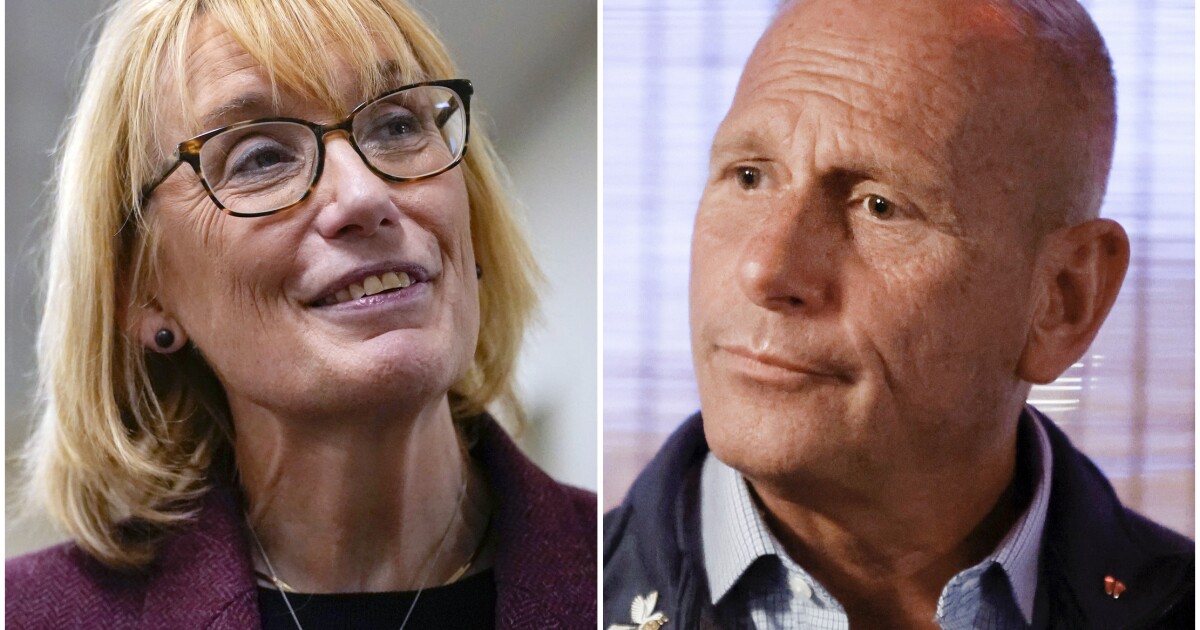 Sen. Maggie Hassan (D-NH) went up against Republican challenger Don Bolduc (R-NH) in a little-publicized debate Tuesday morning, marking a rare moment for the incumbent as she has stayed largely out of the public eye during the midterm election cycle.

The debate on Tuesday was hosted by Valley Vision and was led by one moderator with no audience present. The two candidates butted heads on a range of issues, including abortion, the economy, and student loan forgiveness as Hassan sought to defend against attacks from her Republican opponent in what is considered to be one of the more vulnerable races in the country.

Although the debate was not highly publicized, the event did catch the eye of national Republicans who praised Bolduc for his performance.

“With inflation remaining at record highs, heating oil becoming unaffordable, and crime surging, Maggie Hassan is promising to be nothing more than a rubber stamp for the Joe Biden agenda. That isn’t the New Hampshire way,” said National Republican Senatorial Committee Chairman Rick Scott in a statement. “Bolduc’s commitment to his home state is unwavering and his vision for a smaller, more responsible federal government is one that will resonate with voters and bring him to victory next month.”

Hassan announced she would skip a debate scheduled for Wednesday in which she asked organizers to allow candidates to appear separately onstage. The reason why isn’t clear, and Hassan did not release a public statement explaining the decision.

Bolduc fired off on her cancellation, calling it “perfectly understandable but also entirely unacceptable.”

“Public officials owe it to the people they are seeking to represent to make the case directly and answer their questions, not hide behind attack ads sponsored by special interests in Washington,” Bolduc said in a statement. “This is the action of a desperate politician who knows she is going to face the music from voters in a few short weeks and her time in politics is running out.”

The debate featured a number of fiery exchanges, including questions that pressed the candidates on abortion policy and their ties to prominent members of their party, such as President Joe Biden and former President Donald Trump.

Hassan broke with Biden on his student loan forgiveness program, which will forgive up to $10,000 of federal student loans from borrowers with annual incomes of $125,000 or less, noting she does not back cancelling all loan debt nationwide. When asked whether she believes Biden is well-equipped to run the country, she noted he is “capable for the job.” However, she emphasized she is not afraid to stand up to leadership when needed.

“I have spent ample time with the president and I have spoken up against some of his policies and pushed him hard on everything from Afghanistan to the border,” Hassan said.

Meanwhile, Bolduc faced questions about Trump and his claims that the 2020 election was stolen — sentiments the Republican candidate ran much of his campaign on early in the midterm cycle. Bolduc later walked back on those claims, conceding in October that he “can’t say that it was stolen or not. I don’t have enough information.”

Instead, the Republican candidate said he would urge poll workers in the state to tighten up election security in terms of same-day registration and mail-in ballots.

At times, the moderator sought to lighten the mood with questions such as, “What was your favorite television show as a kid?” and “What do you like best on Thanksgiving?”

Bolduc and Hassan are set to face off in at least one more debate before the midterm elections, with the two candidates scheduled to meet on Oct. 27 at noon.