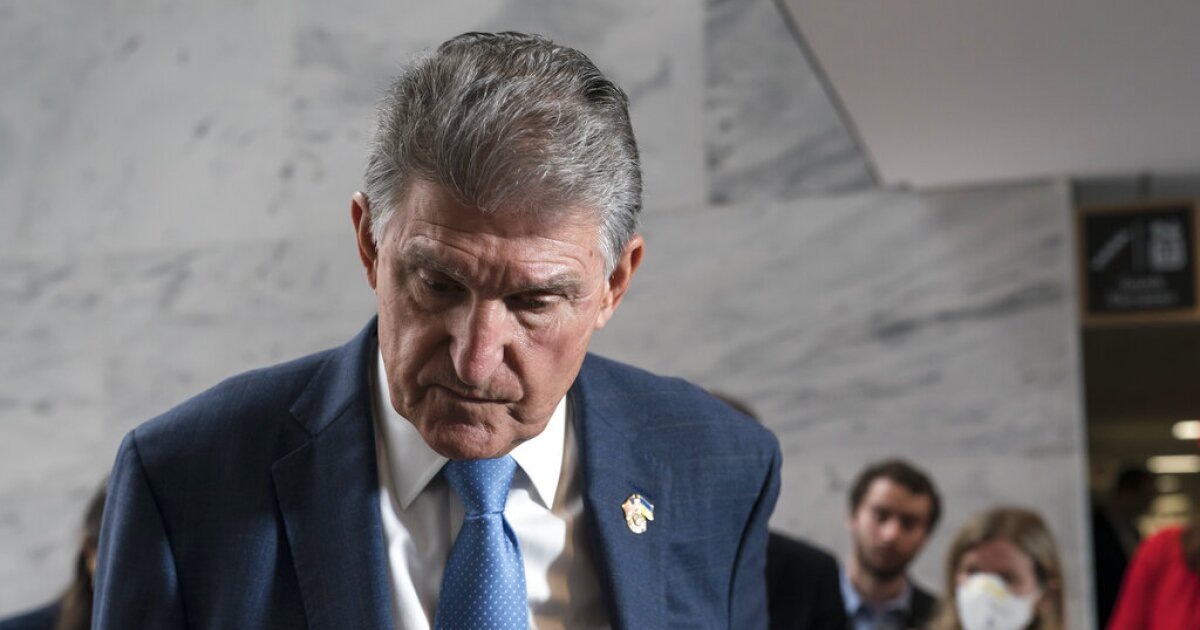 The Democratic proposal to impose a minimum tax on book income was tried before nearly 40 years ago, and some say the experience reveals problems with the current plan.

A major provision of the Inflation Reduction Act introduced last week by Sens. Joe Manchin (D-WV) and Chuck Schumer (D-NY) is to raise revenues by levying a 15% minimum tax on the “book income” of companies.

The United States currently has a 21% corporate tax rate, which it assesses based on companies’ tax returns. The new proposal would assess a minimum 15% tax on the adjusted financial statement income of corporations: book income.

The idea isn’t a new one, and in fact, it has been experimented with. A common refrain among the Democrats is that some corporations are able to slide by with paying little or no effective taxes. Similar complaints four decades ago helped give rise to the Business Untaxed Reported Profits adjustment in the 1986 Tax Reform Act.

Following its implementation and after studying it in practice, Treasury officials testified before Congress and highlighted some potential problems. One official said that the “book income adjustment may be having a detrimental effect on the quality of financial reporting.”

“Further, the Treasury official observed that the book income adjustment was effectively a ‘one-way street,’ overtaxing firms due to timing differences, and the operation of the book adjustment was only a positive adjustment. A firm could have to mark down book income in one year for an expense that it would be able to deduct for tax purposes the following year,” Gray wrote.

That official, acting Assistant Secretary for Tax Policy John Wilkins, testified that the department “would generally be opposed to making the book income adjustment permanent.”

The BURP, a temporary measure, was allowed to expire in 1989 when it was intended to.

Sen. Rob Portman (R-OH) raised past troubles with the book tax in a Wednesday op-ed in the Wall Street Journal. He said that problems arise when Congress mixes reporting for tax and financial purposes.

“Two such dangers are that it creates an incentive for companies to alter their financial statements to reduce taxes and risks politicizing the body in charge of setting accounting standards, the Financial Accounting Standards Board, which should be kept free from lobbying,” said Portman.

The SEC designated the Financial Accounting Standards Board, known as the FASB, to be the standard setter for the book value of publicly traded companies.

The FASB is a private entity, and Alex Muresianu, a federal policy analyst at the Tax Foundation, told the Washington Examiner that would be kind of strange for the government to turn a section of the tax code over to a handful of private accountants.

Portman argued that the FASB wouldn’t be able to serve as an effective arbiter of the corporate tax base because its standard setting “depends on keeping it free from competing interests who want to lower tax obligations.”

While Democrats might be keen to cut down on the small number of public corporations that pay little to no taxes but report profits on their financial statements, Muresianu said that there are good reasons why some companies report high profits on their financial statements but don’t pay very much in taxes. Implementing a book tax a la the 1980s would raise revenue but would create distortions, he said.

Republicans have also said that the tax would disproportionately hit manufacturers. An analysis from the nonpartisan Joint Committee on Taxation found that nearly 50% of the tax would be borne by the manufacturing industry, a projection the GOP said would hurt manufacturers at a time when they are particularly vulnerable because of inflation, supply chain dilemmas, and a possible recession.

“It is especially harmful because it will undermine manufacturers’ competitiveness at a time when the industry is reeling from supply chain disruptions and record inflation,” said Jay Timmons, the president and CEO of the National Association of Manufacturers. “Lawmakers who support manufacturing in America should oppose this reconciliation bill. It will make manufacturing less competitive and America economically weaker.”

Republicans have also taken umbrage at other provisions in the legislation.

In addition to the book tax, the Democratic reconciliation bill envisions raising taxes on carried interest, a form of income earned by private equity funds that is subject to a lower tax rate. That mechanism is projected to net $14 billion, while the Congressional Budget Office predicts that a plan to bolster IRS tax enforcement would bring in $124 billion in increased revenue.