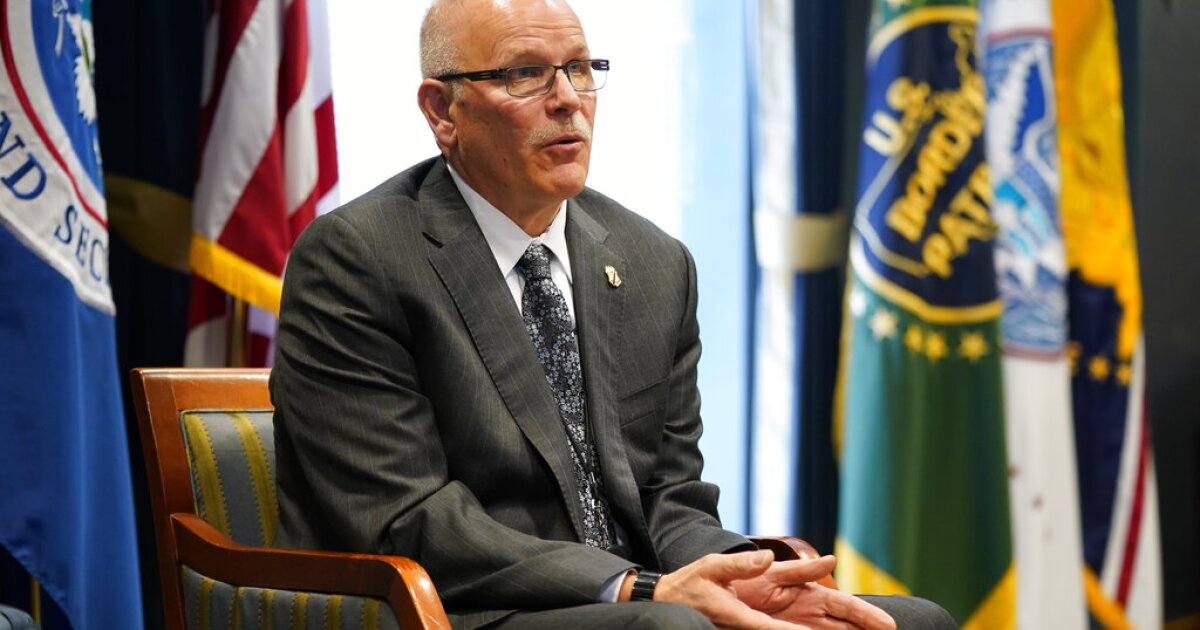 The top border patrol commissioner is under internal fire from colleagues who believe he is not engaged with his job and lacks knowledge of or interest in immigration issues.

Five internal administration officials told Politico that Customs and Border Protection Commissioner Chris Magnus is more focused on altering the culture of the agency rather than addressing the influx of immigrants at the southern border.

They also said that Magnus does not attend White House meetings on border issues, badmouths other agencies, and has established no relationships with other CBP officials.

MAYORKAS HEARD NO MIGRANTS HAD BEEN WHIPPED HOURS BEFORE CALLING IT ‘HORRIFYING’: REPORT

Magnus, with over 40 years of law enforcement experience, said in a statement to Politico that CBP is an operational-based agency and not policy-based. He said that he is actively involved in “major DHS immigration, border security, trade, and other policy discussions.”

“I’ve always been someone who aggressively questions the status quo, looks for ways to do things better, and engages directly with the public and workforce,” he said. “In any organization, some people are threatened by this. They don’t like it when someone questions ‘why’ certain things must be done the way they’ve always been done. I’m not here to back down to the predictable challenges from those people.”

He added that the most common critique he receives is that he asks too many questions in meetings. He said he intends “to remain fully engaged in the work of leading CBP and advocating on behalf of those who work here as well as for the American public.”

Magnus’ focus on changing the agency’s atmosphere comes after more than 2,000 CBP employees were arrested for misconduct between 2005 and 2012. In 2021, the House Committee on Oversight and Reform released a report showing that CBP reduced or dismissed discipline for dozens of agents, allowing them to work with immigrants despite sexist and racist behavior.

CBP released its own investigation report shortly after the committee’s, showing that agents used excessive force against Haitian migrants who had gathered beneath an international bridge outside of Texas.

Magnus announced in July that four Border Patrol agents would receive discipline for their “unprofessional and deeply offensive conduct” during a mass migration incident in which a photograph taken on Sept. 19, 2021, purportedly showed two Border Patrol agents on horseback holding long reins with Haitian immigrants in the foreground.