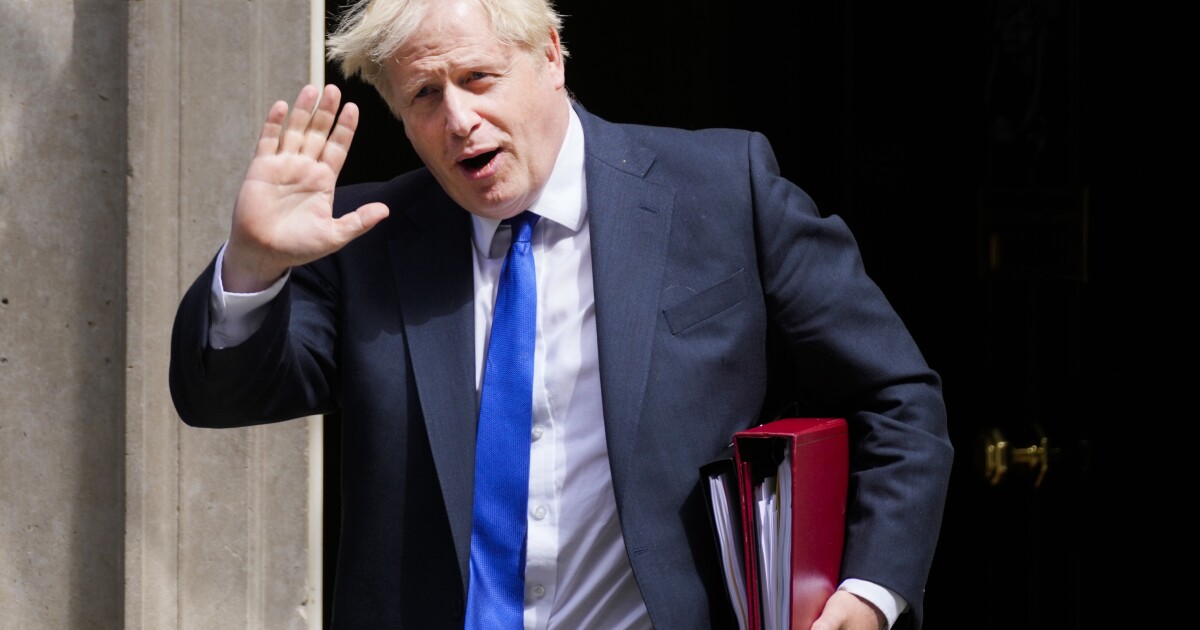 British Prime Minister Boris Johnson is vowing to stay in power despite calls to step down after two of his top Cabinet members resigned.

The current leader of the Conservative Party said while addressing British Parliament Wednesday that he will continue to serve as prime minister despite the “difficult circumstances” of the job.

“When things are tough, of course, people turn their fire on the leader of the country, but it is my job to get on and deliver our manifesto, which we are, and to deliver on the mandate on which I was elected and to get this country through tough times, just as we did from COVID,” Johnson said.

In his resignation letter, Andrew praised Johnson’s leadership navigating Brexit and COVID-19 but said he was concerned “loyalty and unity” to his party had clouded his judgment of Johnson’s more recent struggles.

“However, I fear I have let these override my judgement recently. There comes a time when you have to look at your own personal integrity and that time is now,” Andrew wrote. “Therefore, given recent events, I have no other choice than to resign.”

It is with sadness that I am resigning as Housing Minister.

I pay tribute to all my ministerial colleagues, officials, and civil servants in the Department and the wider sector.

I look forward to continuing to serve my constituents in Pudsey, Horsforth, and Aireborough. pic.twitter.com/wTnrr9rcSu

Calls for the prime minister to resign were renewed on Tuesday after Chancellor of the Exchequer Rishi Sunak and British Health Secretary Sajid Javid resigned. Sixteen people within the Johnson government have resigned within the past day, according to BBC News.

Johnson, who became prime minister in 2019, survived a no-confidence vote last month, only received 148 of the necessary 180 votes to remove him as leader of the Conservative Party.

Johnson has been accused of violating the country’s COVID-19 lockdowns by hosting parties and is facing an investigation to determine if he intentionally lied or misled British Parliament.