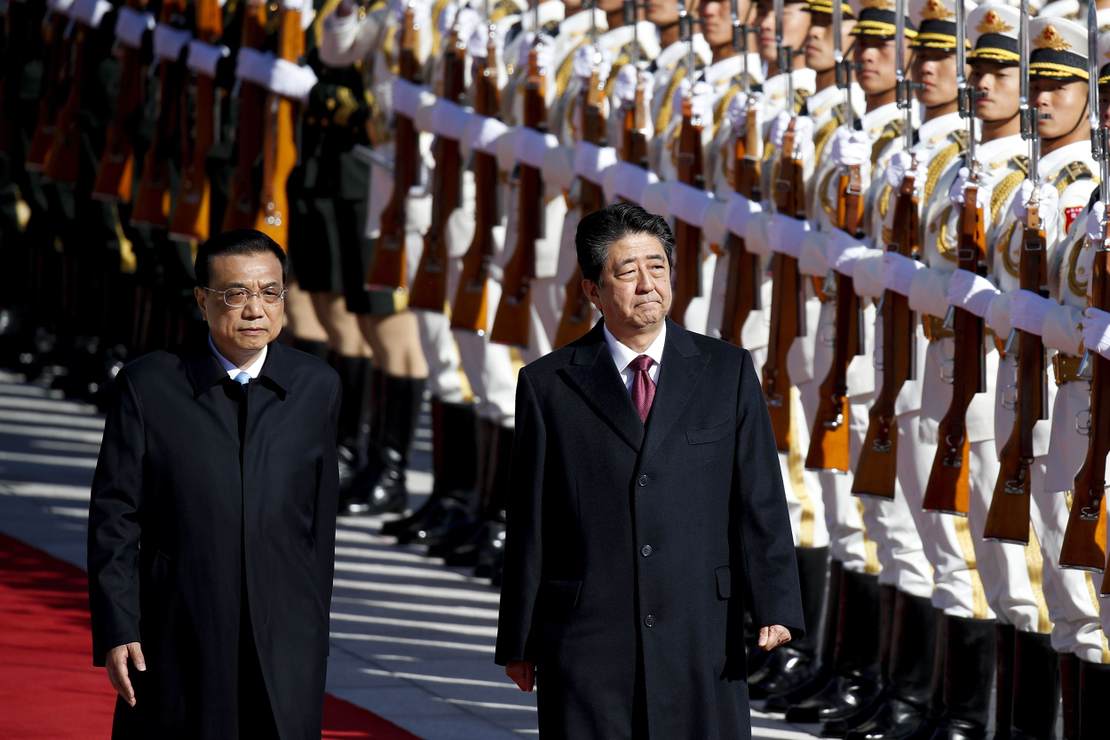 Former Japanese Prime Minister Shinzo Abe is dead after being shot while giving a speech in Nara, Japan, Friday morning.

Abe was 67 years old and suffered from cardiopulmonary arrest after being attacked from behind with a shotgun, NHK reported. He reportedly showed “no vital signs” upon arrival at the hospital. The outlet reported that after original being responsive once he was taken to the hospital, but his condition continued to decline.

Photos of the Shinzo Abe assassination.

2 shots were presumed to be fired from a distance of just 9 feet. Witness tells NHK that Shinzo Abe was shot twice, he fell to the ground. After shooting, the attacker didn’t flee, he just stood there.
Suspect is Tetsuya Yamagami, 41. pic.twitter.com/gfdyYyO2X2

Local police have arrested the suspected gunman, Tetsuya Yamagami, a man in his 40s. Photos of the suspect show that he was quickly detained by law enforcement.

Photo of the suspect that shot Japanese former PM Shinzo Abe. The weapon looks like a custom sawed-off shotgun. pic.twitter.com/Uh91BKLJL1

Abe served as prime minister from 2006 to 2007 and again from 2012 to 2020. He was a member of the Liberal Democratic Party. He is survived by his wife, Akie Abe. His brother, Nobuo Kishi, currently serves as the Minister of Defense.

(EDITOR’S NOTE: Read more about what is known about the shooting, the assassin, and the reaction of world leaders to the shooting, here.)