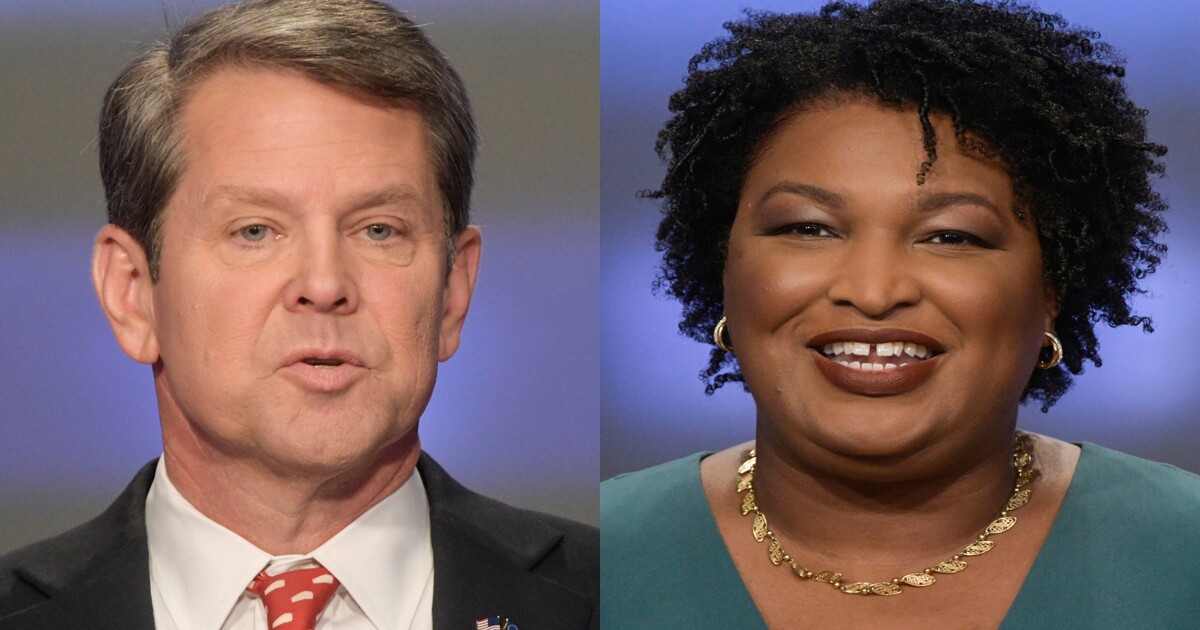 The hotly anticipated verbal match-up comes the same day early voting in Georgia begins. Kemp, the incumbent governor, holds a considerable lead in polling over Abrams, which has elevated the stakes for Abrams in her quest to flip the governor’s office going into the debate.

“Tonight, I will debate Brian Kemp and share how my vision for #OneGeorgia will ensure that all of Georgia will thrive, while his failure to lead has left Georgians further behind,” Abrams tweeted ahead of the debate.

The Peach State foes will share the Atlanta Press Club stage with Libertarian candidate Shane Hazel. Abrams had entered the race hoping to capitalize on the nail-biter race she ran against Kemp in 2018 and win this time.

Her 2018 campaign in a historically ruby red state that has seemingly shifted purple in recent years earned Abrams national fanfare among Democrats. She has managed to significantly outraise him ahead of the final midterm sprint.

However, she has been consistently lagging behind him in polling and is down five points in the latest RealClearPolitics polling aggregate.

Kemp has seemingly seized on Abrams’s out-of-state celebrity and sought to cast her as someone out-of-touch with everyday Georgians. He also touted his record of opening the Peach State during the COVID-19 pandemic and other accomplishments in office.

Meanwhile, Abrams has argued that Kemp doesn’t care about Georgians and has been undermining their everyday freedoms on matters such as abortion.

In addition to the typical run-of-the-mill midterm election matters such as abortion, inflation, and crime, the moderators will likely pepper the pair with questions about election integrity.

Abrams previously cast aspersions on her 2018 loss, insinuating it was unfair. In the time since Democrats have pummeled Republicans on former President Donald Trump’s 2020 election denialism, local Georgian Republicans have raised Abrams’s 2018 remarks in response.

Additionally, Kemp backed an election reform law that was intended to strengthen election integrity measures, but Abrams has argued the measure was aimed at suppressing votes.

Questions about the election reform law and whether candidates will accept the outcome were asked during the debate between Sen. Raphael Warnock (D-GA) and Republican challenger Herschel Walker (R-GA) last week.

The debate is set to begin at 7 p.m. A second debate between the Georgian gubernatorial giants is slated for Oct. 30.