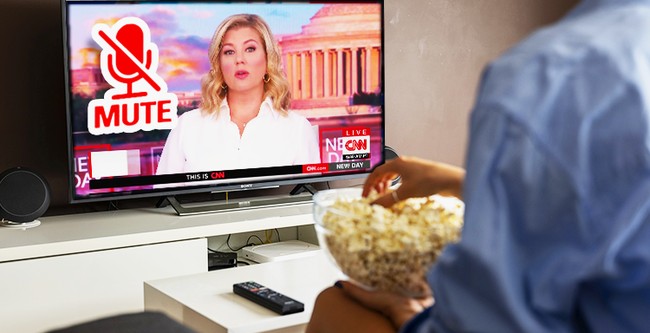 On the last days of CNN’s deposed morning show, “New Day,” Brianna Keilar brought on Michael Smerconish to discuss the Georgia Senate race. You get a distinct sense of who the hostess is pulling for when she introduces the segment by referring to Warnock running an attack ad against Herschel Walker regarding an alleged abortion Walker paid for years ago.

It is the unsubtle way Bri refers to it as “This ad we are finally seeing…” that explains her rooting interest.

Here’s a sense of where @BriKeilarCNN is leaning in the GA Senate race?
She says of an attack ad on Herschel Walker’s abortion story that “this ad we are Finally seeing from Raphael Warnock”.
Then Michael Smerconish makes her pout by saying it won’t deliver much. pic.twitter.com/n969dxGGuS

The primary focus this week regarding the Senate run by John Fetterman is how great his wife, Gisele, is doing, according to the press. As a sign of how desperate they are, Fetterman is one of the few Democrats willing to have Jose Biden come in and campaign on his behalf. The visit led to a whole lot of not hearing from Fetterman. At all.

When the press had questions during the presidential visit, Gisele informed them there would be nothing heard from the candidate. Any promotional pictures with Biden involved Gisele, not John. When it came time for the networks to cover the campaign stop, most did not bother. When ABC News went to Pennsylvania to report on things, they detailed what was said – by Biden. Nothing at all has been heard from John Fetterman.

The race between John Fetterman and Mehmet Oz could determine which party controls the Senate next year. https://t.co/A6r0w2RpJ2

Professor Dr. First Lady Jill Biden gave an interview with NBC News, and as expected, you did not exactly get a series of tough questions. They did manage to bring up Hunter Biden and his slew of legal issues, but instead of pressing her, it was teed up in order for Jill to run defense.

– “And she was adamant that her son Hunter Biden, who is under federal investigation and is a potential target of congressional probes, has broken no laws. ‘Everybody and their brother has investigated Hunter,’ she said in her East Wing office. ‘They keep at it, and at it, and at it. I know that Hunter is innocent.‘”

So she says that perpetual investigations with no charges are a sign of innocence? I know of a former leader of this country who seems to fit that description exactly.

Whenever his aides are pressed about President Biden’s political future, they’ll often point to one person as the true decider: Jill Biden. https://t.co/8m4WS6aH6O

Joe Scarborough is only a little bit desperate to prop up President Biden, so much so that he latched on to one poll not showing he is completely underwater. Finding a CBS poll with Biden supposedly at a 48% approval, Scarborough stressed and leaned into this figure so much it becomes embarrassing – more so than his belief that anyone would believe the return is accurate.

Count how many times Joe commands “Keep that up” in order to make sure the bold number is burned into the mind of the audience.

CNN – A viral video of a fat frog is manipulated; the frog is not really this fat.

POLITIFACT – Potato chips with brown spots are safe to eat and not infected with “Throat Mold.”

REUTERS – The intrepid fact-checkers have confirmed that, in fact, satellites are real and do exist.

USA TODAY – No telling who might have been impacted by the false claim that Amazon purchased a Swap Shop in South Florida.

POLITIFACT – They debunked the story of a man who self-identifies as a deer and was shot by hunters.

Knock off early for the weekend, fact-checkers. You earned it!@TimJGraham https://t.co/TwAVrzrcQR