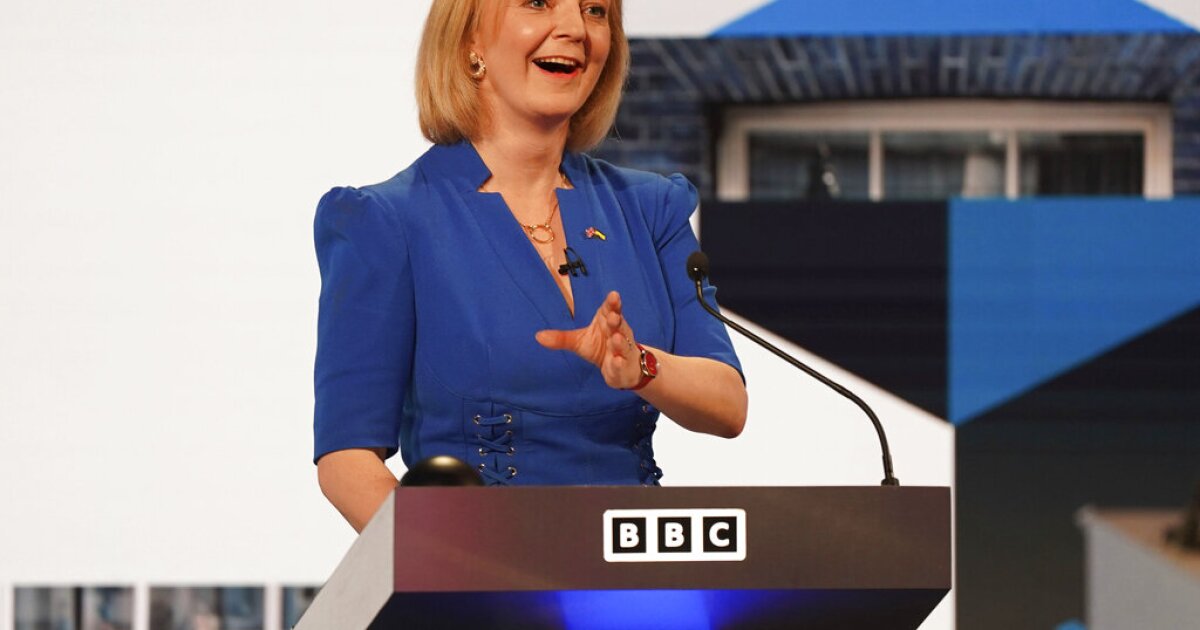 British Foreign Secretary Liz Truss, a crusader of low taxes and a staunch advocate of conservative values, is vying to become the country’s next prime minister.

Truss, 46, who is competing against Rishi Sunak, the former chancellor of the exchequer, to be the next leader of the Conservative Party, has billed economy, security, and the environment as “major challenges” that she would tackle.

NOW THAT JOHNSON HAS RESIGNED, HOW IS A NEW PRIME MINISTER SELECTED?

“I will work day and night to lead a party in government that puts more money in your pocket and secures a better life for you and your family,” Truss said in a video message.

Truss has proposed immediate tax cuts and policies that aim to stimulate growth in Britain’s post-Brexit economy if selected as the next leader. Truss, a staunch advocate for Brexit despite voting to remain in the 2016 European Union referendum, has vowed to review all EU laws and scrap some in order to “unleash the full potential of Britain post-Brexit.”

“EU regulations hinder our businesses, and this has to change,” Truss said. “In Downing Street, I will seize the chance to diverge from outdated EU law and frameworks and capitalize on the opportunities we have ahead of us.”

Truss was elected as the Conservative member of Parliament for southwestern Norfolk in 2010. Prior to her time in public service, she worked as an economist for energy giant Shell.

In 2019, she was elected as minister for women and equalities, and in 2021, she was chosen for foreign secretary, a position in which she has served since. As foreign secretary, Truss has modeled herself as a staunch critic of Russian President Vladimir Putin, overseeing an onslaught of sanctions against Moscow amid its war in Ukraine.

Truss’s unrepentant condemnations of Russia have at times put her at odds with her counterparts in the EU, who have remained hesitant to take harsher stances at times. Through her role, she has deepened relations with U.S. Secretary of State Antony Blinken, whom she worked with closely in recent months to introduce sanctions.

Truss has also remained loyal to outgoing Prime Minister Boris Johnson in recent months, staying on in his government as it was rocked by ethics scandals.

In the early days of her career, Truss went viral for an impassioned speech she made about cheese.

“We import two-thirds of our cheese. That is a disgrace,” Truss declared during the Conservative Party conference in 2014 while speaking about British exports.

Here’s a reminder of some of her finest moments. pic.twitter.com/RxCmlB91qw

If chosen, Truss would become Britain’s third female prime minister, likening herself to the first woman to hold that office, Margaret Thatcher, throughout her years in political service.

Truss is battling Sunak, whom she has dismissed as a “socialist,” to become Johnson’s successor. Johnson resigned earlier in July after being plagued by a series of scandals that eventually resulted in a mass exodus of ministers, Sunak being one of them.

Truss and Sunak will campaign for the support of about 180,000 Conservative Party members who will vote in the coming weeks by mail or online ballot for their preferred leader. The winner of the Conservative Party leadership vote will be announced on Sept. 5 and will automatically take over the duties as prime minister.