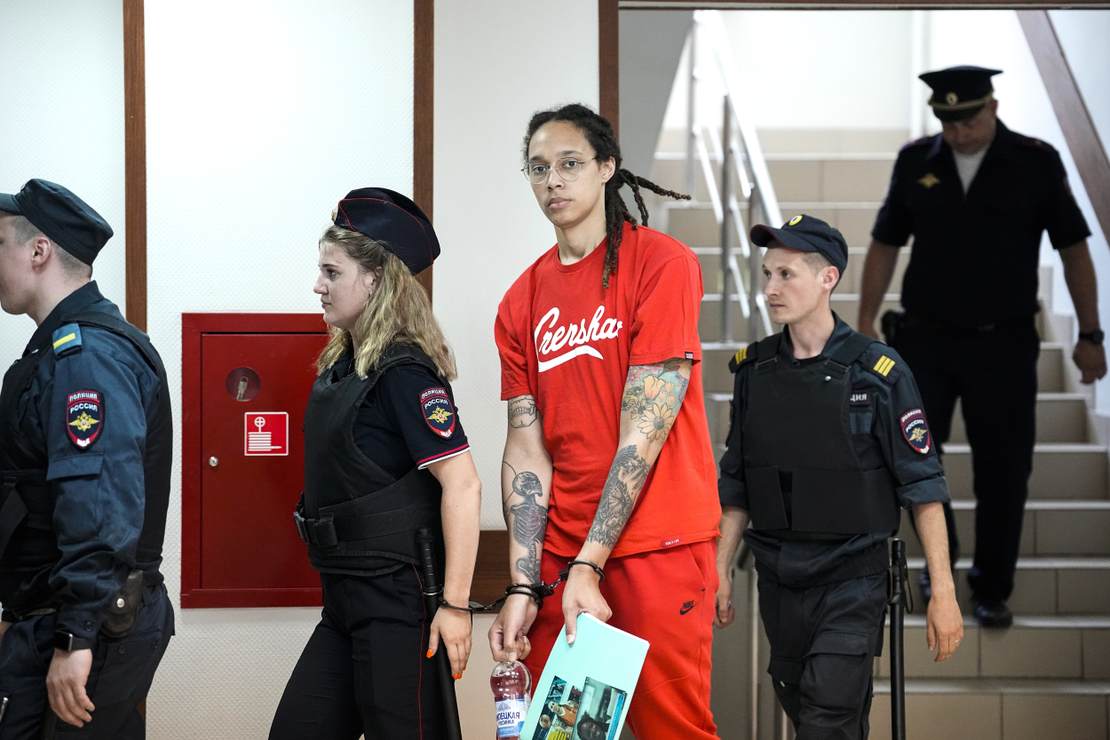 The outlet added that the basketball player said she did not intend to break any laws when she attempted to travel back to the United States with vape canisters that had cannabis oil in them.

Griner has been in a Russian prison for five months following her arrest at the Moscow airport, and she could be facing up to ten years behind bars if she is convicted.

Supporters of the former Olympian have called on the Biden administration to work with the Russian government on getting her released. Griner sent a letter to the White House asking for assistance, is “terrified [she] might be [t]here forever,” according to the Associated Press.

Griner’s wife, Cherelle, spoke with President Joe Biden and Vice President Kamala Harris on Wednesday, just a day after she told CBS News she had heard nothing from them directly yet, NPR reported.

The White House said the following in a statement:

The President offered his support to Cherelle and Brittney’s family, and he committed to ensuring they are provided with all possible assistance while his administration pursues every avenue to bring Brittney home. Today’s call follows calls that National Security Advisor Sullivan and Secretary of State Blinken have had with Cherelle in recent weeks and this past weekend. The President directed his national security team to remain in regular contact with Cherelle and Brittney’s family, and with other families of Americans held hostage or wrongfully detained abroad, to keep them updated on efforts to secure the release of their loved ones as quickly as possible.