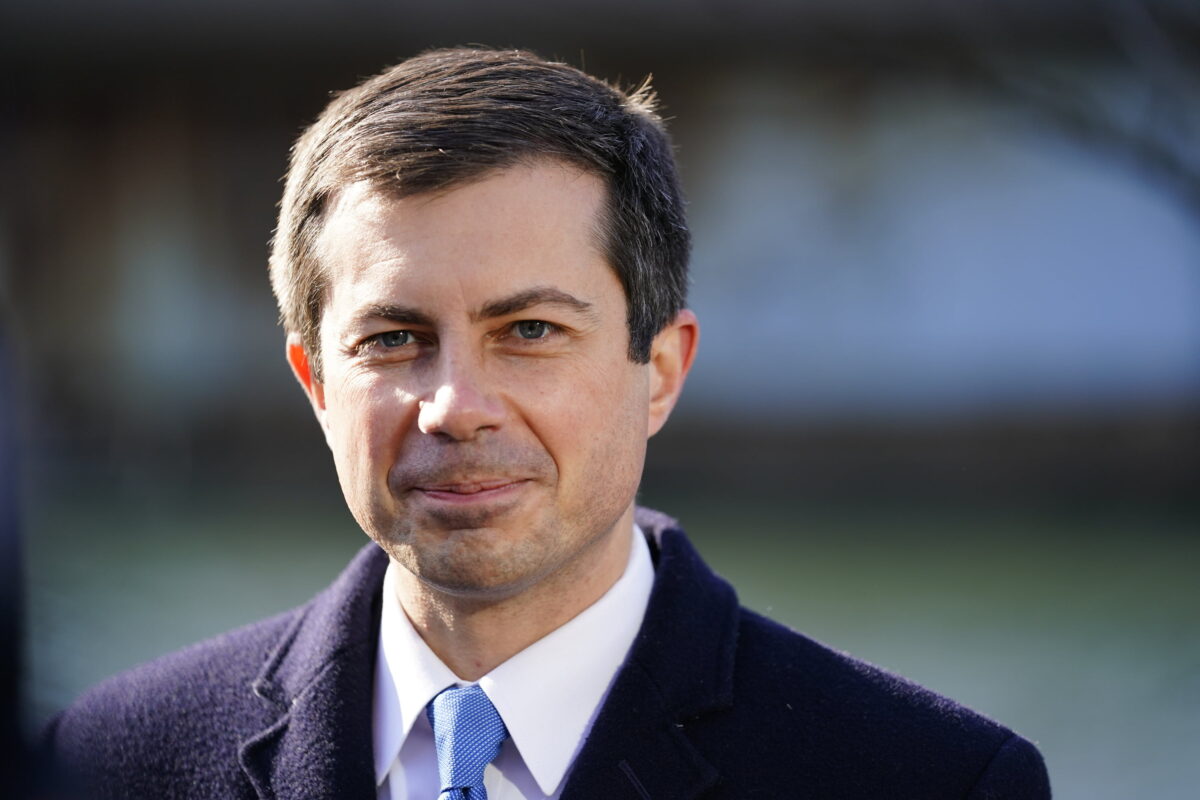 Amid renewed concerns over President Joe Biden’s health and mounting speculation that he may not end up as the Democrats’ nominee for the White House in 2024, attention increasingly focuses on other potential candidates within a highly diverse and fragmented field.

Pete Buttigieg, who ran for president in 2020 and currently serves as Biden’s secretary of transportation, has become the subject of considerable buzz, but expert opinion on Buttigieg’s prospects as a 2024 presidential candidate is decidedly mixed. Some analysts praise the potential candidate’s intelligence and political skill, while others argue that he would not be able to compete successfully with even more prominent names in the Democrat field. Still other commentators say that Buttigieg is far from the centrist politician many take him to be and that his radical streak may alienate moderate voters under the intensive, constant scrutiny that Buttigieg will go through if he officially enters the 2024 primary field.

Factors in His Favor

For some analysts, Buttigieg has emerged as a strong potential candidate with demonstrated political savvy and connections that will serve him well in the coming months.

“Buttigieg has already proved he can build national appeal. He didn’t get across the finish line in 2020, but he got close. He’s already proven himself as a candidate for president, which is a long way from being mayor of South Bend,” Michael O’Brien, president of 1816 Public Affairs Group, a political consultancy and government relations firm based in Indianapolis, told The Epoch Times.

O’Brien has followed Buttigieg’s political career in Indiana, where Buttigieg served as mayor of South Bend from 2012 to 2020, and sees as one of its distinguishing features an ability to work with politicians across the aisle.

“Governor Mike Pence was in office at the time, and Buttigieg had a really good relationship with the Republican governor, just trying to get stuff done. He was not particularly partisan,” O’Brien recalled.

O’Brien said he thought that many people in Indiana were surprised when, in the midst of his second term as South Bend mayor, Buttigieg made the decision to run for Democratic National Committee chair early in 2017. But perhaps they should not have found the decision so surprising given how naturally ambitions for higher office come to a politician with Buttigieg’s advantages, O’Brien suggested.

“He’s so smart, he has the talent. Going from South Bend mayor to candidate for president of the United States, he had an incredible path there. That speaks to his political skill, his intelligence, and his ability to read a situation,” O’Brien said.

“In Indiana political circles, while Democrats loved the idea of him coming back to run for governor, they assumed that his path politically, in the future, was in Washington. Now he’s moved out of the state. We’ll see how his career unfolds. Based on the average age of the candidates for president in the last 23 cycles, he’s got 40 years ahead of him to run,” O’Brien continued.

Besides his ability to reach out across the aisle and work productively with then-governor Pence, O’Brien believes, Buttigieg shares Pence’s ability to make use of a well-established network of party support and position himself for ever more ambitious runs.

“It’s what Mike Pence is doing right now. I don’t know if Buttigieg is going to have a successful or credible run for the presidency in 2024, but he’s going to be in a position where he can run if the opportunity is there,” O’Brien said.

“Pete created that in 2020 practically out of thin air. He wasn’t a household name, he wasn’t Joe Biden who had been around forever, but he put himself in the top tier locally and nationally. Part of that was lightning in a bottle,” O’Brien added.

Other analysts say that the picture is complicated in a field with so many contenders, and that it is still possible Biden will run. Moreover, Buttigieg is far from the only politician with unfinished business from past election cycles.

“The top-tier people we always talk about are Pete Buttigieg, Elizabeth Warren, Bernie Sanders, Kamala Harris, of course, and Gavin Newsom, because he’s the governor of California. They’re all well-known. Now, the question is if Biden runs or not. If he does, how is Harris going to run, how is Buttigieg going to run? Even Newsom is not a guy who’s going to run against a sitting Democratic president,” David Carlucci, a political commentator and former New York state senator, told The Epoch Times.

“The reality is, I think that Biden is still running, and if he does, the Democrats will rally behind him. Part of it is about Donald Trump. Trump is the Democrats’ best friend right now. The January 6 hearings are proving to be detrimental to the Republicans on every level,” Carlucci added.

If Biden ends up not running, that does not mean the path is wide open for Buttigieg. In that scenario, people will be looking for a candidate who can really excite the party’s base, Carlucci said. They may go for an insurgent candidate, like Rep. Alexandria Ocasio-Cortez (D-N.Y.), Sen. Warren, New York City Mayor Eric Adams, or even, conceivably, a still-prominent party figure and perennial contender, Hillary Clinton.

“If Biden isn’t running, it opens up the floodgates. You have the administration people, like Buttigieg and Harris, and you have establishment people like Newsom. But then you have some wild cards. One of them could be Hillary Clinton,” Carlucci said.

Clinton may have low approval ratings, but the same is very much true of Biden, not to mention Trump himself.

“Now it’s a rematch, and Americans have seen what four years of Donald Trump looks like, and now Trump will have just as high negatives as Hillary Clinton or even higher. That’s one scenario where we could see heightened speculation over the next few months, because it’s fodder for the right and the left, it’s political junkie red meat,” said Carlucci.

Though Buttigieg may have cultivated an image of a well-spoken, relatively youthful, moderate candidate with charisma and bipartisan appeal, the reality of his political identity is more complex, and in a general election, voters may decide he is on the wrong side of the culture wars, some analysts say.

Buttigieg is currently embroiled in a heated public dispute with Sen. Marco Rubio (R-Fla.). The transportation secretary has criticized Rubio for saying that trying to draft and pass laws protecting same-sex marriage would be “a stupid waste of time,” and has drawn vituperative comments in turn from Rubio, who has characterized Buttigieg as a member of a class of “arrogant elite liberals” and “Marxist misfits” not interested in addressing the problems and concerns of ordinary voters.

Rubio’s allusions to Marxist ideology are not hyperbole but, rather, an acknowledgment of actual influences on Buttigieg’s beliefs and political agenda, some analysts believe.

Charles Steele, chair of the Department of Economics, Business, and Accounting at Hillsdale College in Michigan, notes that Joseph Buttigieg, the transportation secretary’s father, was a professor at the University of Notre Dame who became the leading English-language scholar of the work of Antonio Gramsci, the Italian political theorist who lived from 1891 to 1937.

“Gramsci developed the ideas of cultural Marxism, infiltration of the culture, and culture war as a way of promoting Marxism, since it had failed on economic grounds. All the things we call ‘woke’ today, ideas on race, sexual preference, sexual identity, and the like, originate in this. Pete Buttigieg seems to have absorbed the Gramscian perspective. This is a very dangerous thing for our country and our freedom,” Steele told The Epoch Times.

Steele sees direct parallels between Marxist, and specifically Gramscian, ideology and the agenda that Buttigieg has pursued.

“Under Pete Buttigieg, the Department of Transportation is emphasizing so-called ‘equity’ which requires the government to treat people differently according to race, net zero carbon policy which will place automobiles and inexpensive transportation out of reach of average Americans, and massive government spending on ‘infrastructure’ which will increase government’s control over the economy and citizens’ lives,” Steele said.

All these priorities and policy goals are consistent with Gramsci’s advocacy of culture war as a means of advancing Marxist tenets, he observed.

Like Rubio, Steele views Buttigieg as more concerned personally with cultural issues than with the priorities that fall within his job description as secretary of transportation. It is hard to see how codification of same-sex marriage at the federal level is relevant to this cabinet position, Steele believes.

“These issues have nothing to do with transportation and everything to do with top-down imposition of cultural change. As Senator Rubio recently noted, Buttigieg appears to have no understanding of the Constitutional difference between federal and state issues, a dangerous matter since he’s a federal official. Buttigieg also promoted the false idea that bridges in New York City had been designed to prevent black citizens from traveling freely. Buttigieg really does seem to promote radical-left ideas,” Steele concluded.

The Epoch Times has reached out to Buttigieg’s office for comment.