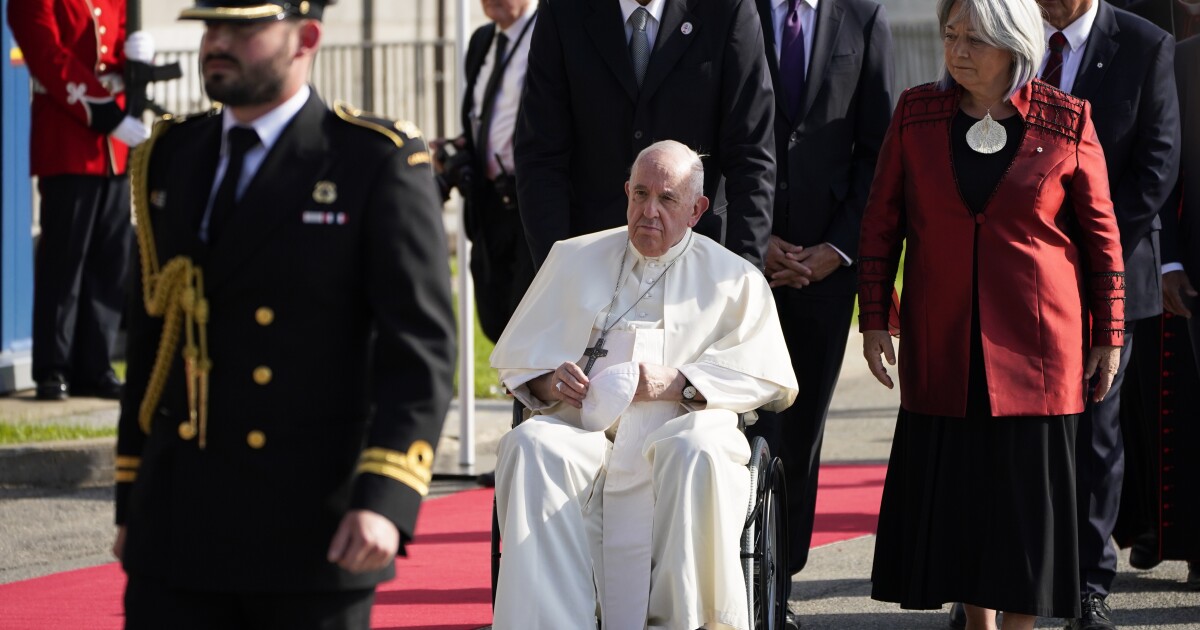 Canadian government officials are pushing for more action from Pope Francis after he apologized for the Catholic Church‘s role in residential schools for indigenous people.

The two highest-ranking Canadian government officials were appreciative but also critical of Francis’s response to the residential schools and pushed for an apology that went further in describing the abuse suffered at the schools, which in many cases were run by the Catholic Church.

Canadian Prime Minister Justin Trudeau detailed what the residential schools did to indigenous children, arguing the pope’s apology did not adequately address the experiences.

“In residential schools, these children were alone and isolated in their pain and sorrow, far from their families and communities. And even worse, stripped of their language, their culture, their identity,” Trudeau said in remarks while meeting with the pope in Quebec City on Wednesday.

Canadian Governor-General Mary Simon, who acts as Queen Elizabeth II’s representative in Canada and is indigenous herself, welcomed the apology from Francis but pushed for more to be done while also speaking at the same meeting.

“With this visit, you’re signaling to the world that you and the Roman Catholic Church are joining us on our path of reconciliation, healing, hope, and renewal. But these people, these survivors, they defy definition. They are parents who defended their children when no one else would,” Simon said.

The pope has met with various indigenous groups and leaders during his trip to Canada, looking to heal the church’s image after its role in residential schools separating indigenous children from their families and subjecting them to abuse.

“I humbly beg forgiveness for the evil committed by so many Christians against the Indigenous peoples,” Francis said to a group of indigenous people, along with former attendees of the residential schools, in Alberta on Monday.

Francis was criticized for not directly implicating the Catholic Church in his remarks, but he later remarked on “local Catholic institutions” having a role in the schools during remarks Wednesday.

The pope is expected to visit the Notre-Dame de Quebec Cathedral in Quebec on Thursday before returning to the Vatican on Friday.