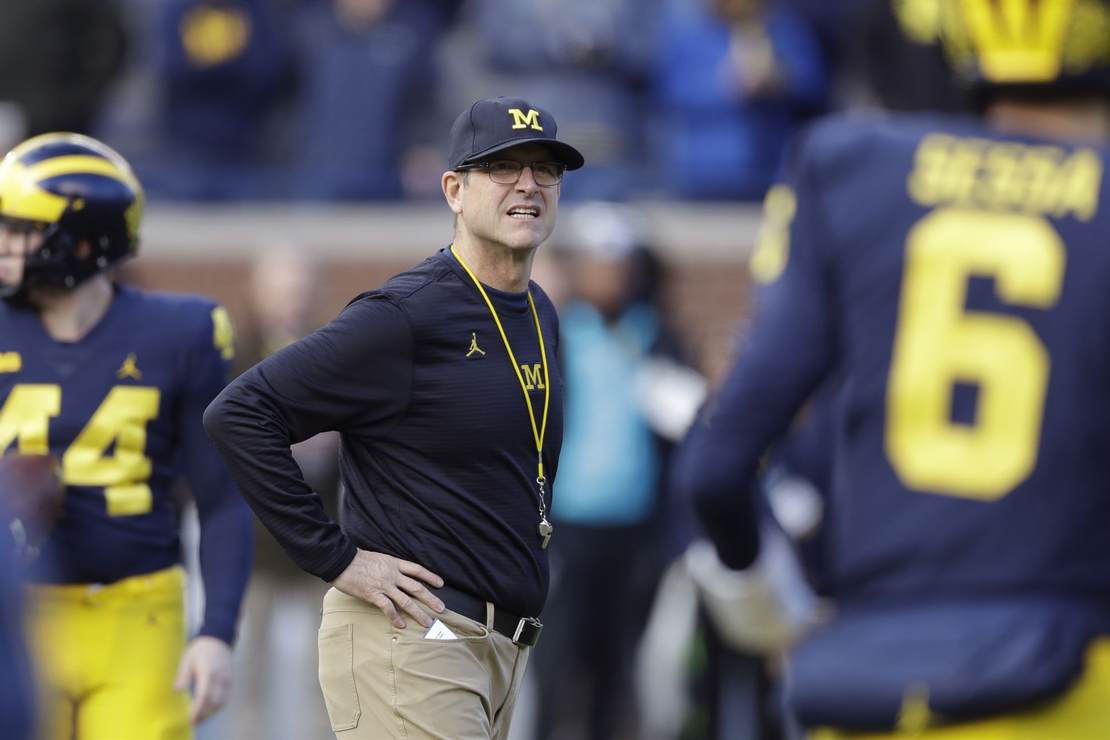 Michigan football coach Jim Harbaugh is getting attention on Twitter after speaking at the Right to Life event in Plymouth, Michigan.

During the event, Harbaugh dared to explain why he is pro-life:

“I believe in having the courage to let the unborn be born … I love life. I believe in having a loving care and respect for life and death. My faith and my science are what drives these beliefs in me. Quoting from Jeremiah, ‘Before I formed you in the womb, I knew you. Before you were born, I set you apart. I appointed you as a prophet to the nations.’”

Harbaugh told the crowd that he was raised as a Catholic, and his pro-life values were instilled in him from a young age.

“In God’s plan, each unborn human truly has a future filled with potential, talent, dreams and love … I have living proof in my family, my children, and the many thousands that I’ve coached that the unborn are amazing gifts from God to make this world a better place. To me, the right choice is to have the courage to let the unborn be born.”

Harbaugh’s comments come weeks after the Supreme Court overturned Roe v. Wade. Following his remarks, the left began to attack him because anyone that goes against their beliefs should not have a First Amendment right, apparently. Here are just a couple of examples:

This might be a difficult concept for Jim Harbaugh of any anti-choice person to grasp … but if you don’t want an abortion, just don’t get one. Not that hard.

Some even went as far as calling for the firing of Harbaugh, all because he wanted to give his opinion on the topic and explain where he stands on the matter.

No one who actively attempts to deny women their most basic rights should ever be allowed to hold a position of influence at a public university. That incudes University of Michigan football coach Jim Harbaugh and his anti-woman fundraising. He’s a public employee. Fire his ass.

The left wing blue checks who argue players and coaches should share their political beliefs all the time are furious with Jim Harbaugh for sharing his opinion on abortion. https://t.co/3NP3iaWcsJ

In 2020, Harbaugh spoke about his pro-life views in an interview with the National Review. He spoke about the silver lining he saw from the pandemic, and he saw it as a message from God:

“I don’t think it’s coincidence, personally, living a faith-based life … This is a message — this is something where, a time we grow in our faith. Having reverence and respect for God. You see people taking more a view of sanctity of life. I hope that continues — and not just in this time of crisis or pandemic … We talk about sanctity of life, yet we live in a society that aborts babies. There can’t be anything more horrendous.”

The precedent that seems to be set here is that the far-left extremists can say and do whatever they want, but if anyone disagrees with them or dares to give their opinion on a topic that the extremists disagree with, they will be called out, criticized, and canceled, all because they exercise their First Amendment rights.

The Michigan Wolverines will begin their season on September 3 against Colorado State.