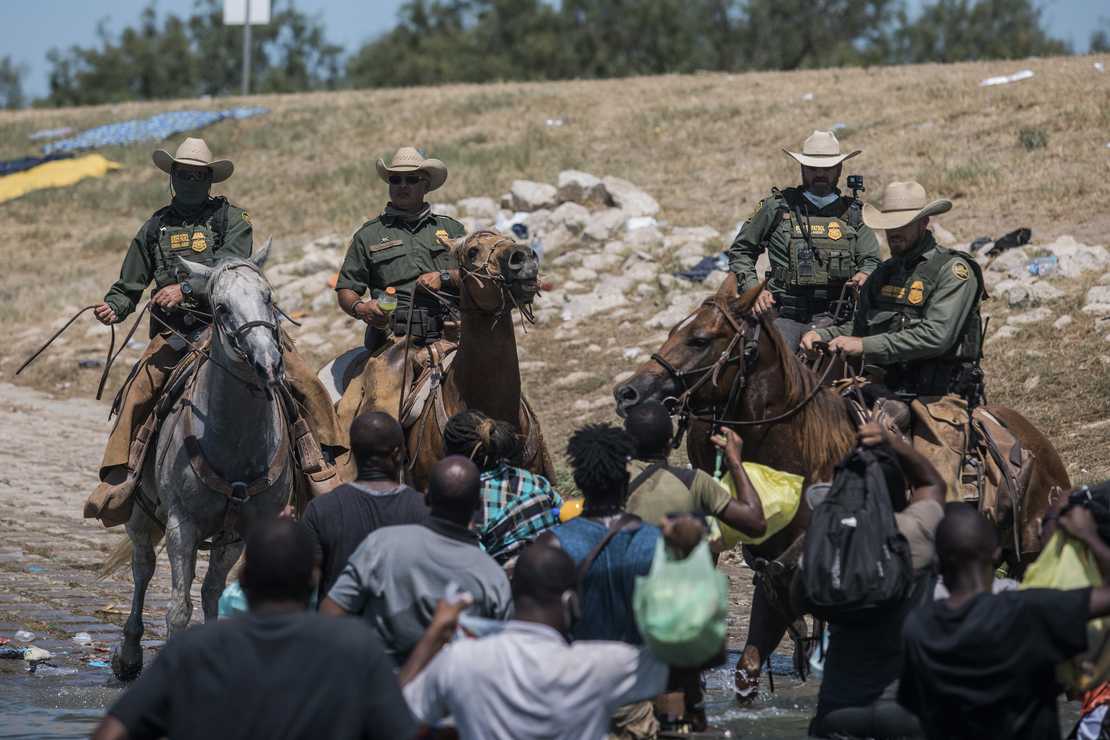 We reported extensively in September on the “Whipgate” nontroversy stirred up by The Usual Suspects on the left and in the MSM, both of which alleged that Customs and Border Protection officers who were mounted on horseback could be seen “whipping” Haitian migrants trying to cross the southern border.

The story quickly fell apart soon after it broke thanks in large part to the photographer who took the “controversial” pictures, who said in an interview that the images were “miscontrued.”

After that, some media outlets issued updates to their initial stories, including the NY Times and Axios.

But though the media began retreating on the most controversial aspect of the “whipping” story, the Biden administration never backtracked, holding firm to their position that the agents had acted inappropriately. President Biden infamously corrupted a potential investigation by saying the agents who had allegedly “strapped” the migrants “will pay,” while Homeland Security secretary Alejandro Mayorkas promised lawmakers an investigation that would “be completed in days, and not weeks.”

Well, it wasn’t. And two months later, the DHS inspector general declined to take up the investigation, leaving it in the hands of the CBP’s Office of Personal Responsibility (OPR).

Here we are some 10 months after all this started, and in the midst of the understandable fury border patrol agents are feeling over how their superiors all the way up to the Biden White House have handled this, Fox News is reporting that the CBP has just announced the recommended punishment for the two agents at the center of the alleged incident(s) in question:

I’m told a CBP announcement on their administrative findings is “imminent” and that the agents will have a chance to respond to the proposed discipline & fight it if they decide to do so.
The BP union tells @FoxNews they will vigorously defend the agents involved.

In March, the agents were cleared of any criminal wrongdoing though at the time the OPR administrative investigation remained active with the possibility the agents could be fired depending on what was found out about potential violations of departmental policies.

As I said before, there simply was and is no “there” there to this story. From most accounts, including the photographer’s, the CBP agents did not act out of bounds and certainly did not “whip” any of the migrants. But because the White House, including Biden, Vice President Kamala Harris, then-press secretary Jen Psaki and others responded the way they did, this investigation – no matter who was conducting it – got dragged out, likely because they were forced to try and lend credence to the administration’s “concerns” about what (did not) happen.

Ultimately, these disciplinary measures are about saving Joe Biden’s bacon on this manufactured issue and nothing more.

.@JoeBiden is willing to slander and destroy two blue collar border agents even after their actions were cleared by criminal investigators simply to avoid apologizing and to save his own ass politically. Joe Biden is a horrible person and even worse leader. https://t.co/xO3b7nX8bu

Related: Joe Biden Just Told Us Who He Really Is