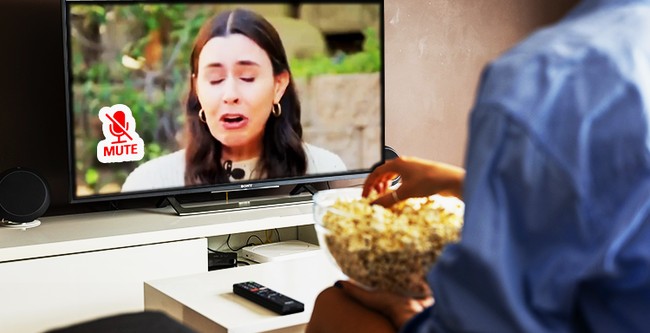 The melodramatics in the headline are enough to shame a Las Vegas strip club sidewalk roper, but as soon as you learn this is the mastercraft of Taylor Lorenz, things settle into place. The WaPo tech expert is, of course, lashing out at Elon Musk on his latest threat to decency and safety in this country, namely opening up his social platform to people speaking their minds.

The amusement in seeing Lorenz join the battalion of journalists fashion out at free expression is that she lists off a number of perceived threats she anticipates with Musk’s latest pledge to reinstate formally suspended accounts. The best is that as she tells us what will be delivered – threats, harassment, misinformation – it sounds as if she is warning against the very practices she is known for. As one “expert” she spoke with also warns, people will “engage in doxing, targeted harassment, vicious bullying.” It appears as if they were unaware they were speaking to Taylor Lorenz.

When faced with terrorist bombings in Israel, the media takes every precaution to avoid blaming Palestinians. Sounding more like a cautious reporter with little to go on rather than an international news outlet with nearly a week to investigate, CBS keeps from declaring this a violent attack. And, of course, the word “terrorism” must not be employed while being as evasive as possible.

– “While Palestinians have carried out stabbings, car rammings and shootings in recent years, bombing attacks have been very rare since the end of a Palestinian uprising nearly two decades ago. Tensions between Israelis and Palestinians have been surging for months, amid nightly Israeli raids in the occupied West Bank prompted by a spate of deadly attacks against Israelis that killed 19 people in the spring.”

So even as CBS News is forced to agree that Palestine has instigated these conflicts when it comes to the bombing, they choose to soft-peddle this attack.

Now frame this hesitancy to assess blame (even as in Palestine they are celebrating the bombings) against the week or so we saw the media complex here in the States definitively blame the recent Colorado shooting on right-wing commentary. Despite that lack of evidence, they were rather demonstrative.

An Israeli man died on Saturday from wounds he sustained in twin blasts that hit Jerusalem earlier this week, bringing the number of dead to two from the explosions that Israeli police blamed on Palestinians. https://t.co/NWaDNQz4bd

There is a lot of interpretation at play here, but that is because Mehdi Hasan intentionally set this up for the sake of perception. Because Hasan just offered an emoji, there needs to be an assumption this tweet was sent as a way of displaying Elon Musk’s Twitter as being dysfunctional while joining in on the current news cycle about advertisers fleeing the social media platform.

This is as lame of a head fake as you will see from the press. He presents this article as proof of Elon’s Twitter falling apart, except the article is from this past September, before Musk took control. That means the prior management was the one being permissive in this controversial fashion.

It also means that Hasan is choosing to slander Musk, all while ignoring that he is working today to remove sexual predators from the platform.

This is gutter behavior from a journalist.

Peter Marks wrote this. His editors approved it. The Washington Post published it. All of these are perfectly acceptable targets of scorn, derision, and ridicule going forward.

Hollywood was rather hit with tremors last week when it was announced by Disney that it was suddenly casting off its new CEO, Bob Chapek, and rolling out the return of its previous leader, Bob Iger. Monday morning, Iger held a corporate town hall to lay out his plans for his return and how he intends to steer the company.

Disney has been rocked throughout 2022 with poor PR, middling success at its theme parks, and a mixed bag in theaters (if it ain’t a Marvel release, then there is trouble), and the stock has lost over -30% this year. Blaming this all on Chapek will be tough, as Iger makes pledges to the workers that he will essentially extend the actions that have delivered controversy. In the first half of the year, the company inserted itself into the fight over the Florida parents’ rights bill, and then it was exposed with internal videos of producers declaring they would work to insert gay agenda content into their products.

When asked about this type of content, Iger did not hesitate as he responded. “Iger said ‘one of the core values of our storytelling is inclusion.'” He says this not only following “Lightyear” being a money-loser, with a gay character but also after this weekend’s release of “Strange World,” it too featuring prominent gay character elements.

Iger is committed to inclusion, but not profits. https://t.co/1CptDTX7Zz pic.twitter.com/dtjt7fB6LQ

It has become so prevalent in the press that it is now simply a trope; if there is some kind of negative news affecting the world, then it is said that the problem is disproportionately affecting minorities. Everything from global warming, pollution, the pandemic, and inflation, to voter ID laws and more, are always hardest on non-whites. Even when there is a toxic spill, minorities are hardest hit.

CNN is here to announce there is another factor that affects all of us but affects them more – changing the clocks. Yes, Daylight Savings Time is a racist practice, it seems.