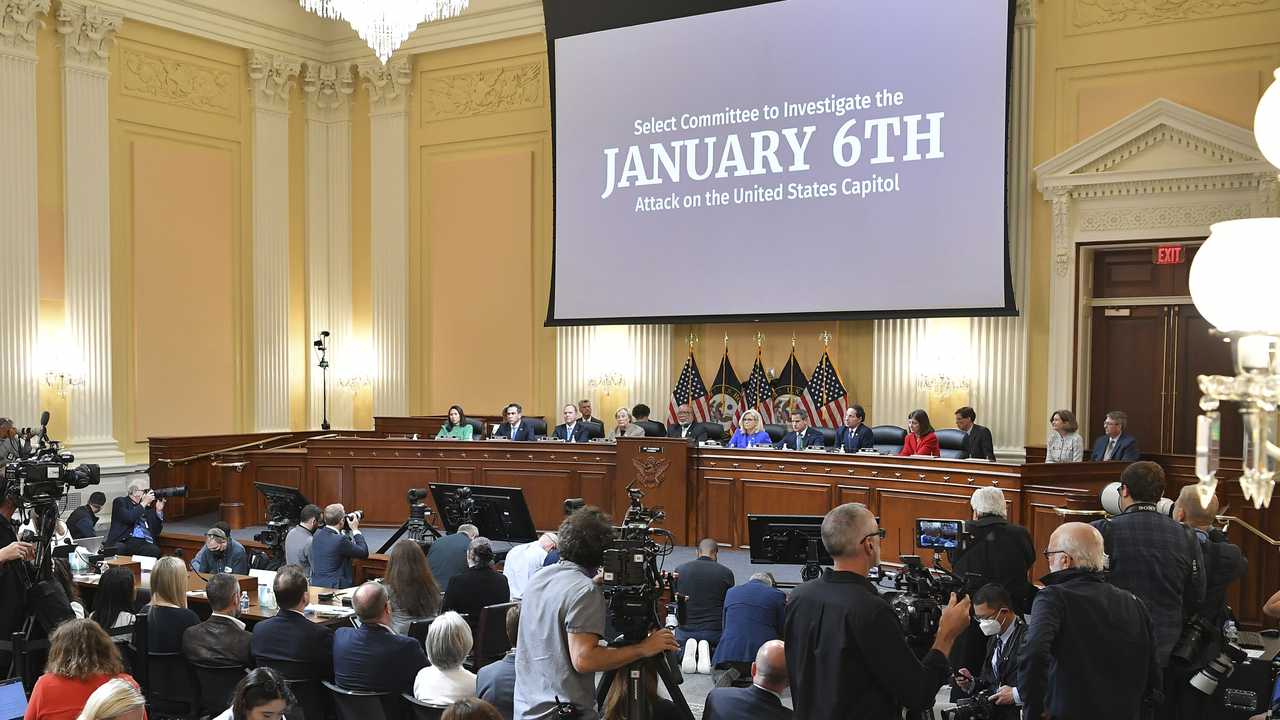 Is showrunner James Goldston the most important force on the House Democratic Jan. 6 committee? There’s no doubt the former president of ABC News is shaping the committee’s presentations, episode by episode. The shows Goldston is crafting are a dramatic departure from actual congressional hearings — hearings in which members of both parties debate evidence, question witnesses, argue with each other and reveal facts the other side might not want revealed.

By contrast, at the committee’s much-discussed hearing with former Trump White House aide Cassidy Hutchinson, just two members — Chairman Bennie Thompson and Vice Chairwoman Liz Cheney — spoke at all. The other seven members of the committee sat there silently the entire time. They had no lines in Goldston’s script for what Slate called “the breakout show of the summer.”

So far, each script has featured a few selected sound bites from witnesses’ videotaped interviews. Not the whole interview. Not the transcript of the whole interview. Just a few snippets, the ones chosen by the showrunner to illustrate the episode’s big theme. If the Jan. 6 committee were a traditional congressional investigation, opposition party members would protest. Having seen the interviews themselves, knowing the content, they would raise questions from the transcripts that the majority might not want to highlight.

Call it the cherry-picking committee. What is odd is that there is not loud, widespread protest from the reporters who cover the hearing. Journalists generally do not like being fed short, pre-selected bits of information by newsmakers who keep most of what they know a secret. It just goes against the journalistic instinct. And yet with the Jan. 6 committee, there has been extensive coverage and not much complaining about what the committee is concealing.

Just look at the Hutchinson matter. The former top aide to White House chief of staff Mark Meadows sat for not one, not two, but three interviews with the committee before, in a fourth session, offering the story that then-President Donald Trump physically attacked his own Secret Service detail in an armored SUV on Jan. 6 in an effort to force the Secret Service to drive him to the Capitol. What did Hutchinson say in those first three committee interviews, all videotaped and transcribed? Why did she wait until the fourth interview before relating the SUV allegation?

Normally, congressional committees do not like it when witnesses withhold information, especially in multiple appearances. The committee offered no information about the circumstances of Hutchinson’s testimony. It appeared to use a few clips from her earlier interviews, but even that is not clear. In any event, it provided no transcripts, no full videos, no nothing beyond the bits chosen by the producers.

Then one might ask: Why not bring Ornato and Engel back in and ask them about Hutchinson’s new story? Apparently, the committee was in too big of a hurry to do that. Members worried the blockbuster story would leak and drain the drama from the next episode. So they called a surprise hearing and rushed the SUV story into the public conversation without checking with other witnesses. Also, there was one more person involved — the driver of the SUV — and it is still not clear whether the committee has spoken to him. If it has, it hasn’t said a word about it. If it has not, that’s one more source it did not check before going public with Hutchinson.

The committee has also been extremely secretive about other aspects of the matter. For example, there was speculation about whether Ornato had been interviewed under oath. The committee would not say. On “Meet the Press,” NBC’s Chuck Todd had to drag it out of committee member Zoe Lofgren that yes, Ornato had spoken under oath. “I believe he was under oath,” Lofgren conceded after several questions from Todd.

Even as Lofgren conceded that there was testimony under oath, other members sought to slander Ornato, to damage his reputation in case, in a new interview, he contradicts committee star Hutchinson. Citing some former Trump staffers who claimed that Ornato had not been truthful to them, committee member Adam Kinzinger tweeted, “There seems to be a major thread here … Tony Ornato likes to lie.” How’s that for impeaching a witness before he answers a single question?

So far, no member of the committee, of either party, has had the courage or independence of mind to publicly question how the committee is conducting its business. And perhaps just as importantly, few members of the press have spoken up to question the committee’s procedures, either. That seems unlikely to change.

This content originally appeared on the Washington Examiner at washingtonexaminer.com/opinion/cherry-picking-and-spoon-feeding-jan-6.

(Byron York is chief political correspondent for The Washington Examiner. For a deeper dive into many of the topics Byron covers, listen to his podcast, The Byron York Show, available on the Ricochet Audio Network at ricochet.com/series/byron-york-show and everywhere else podcasts are found.)