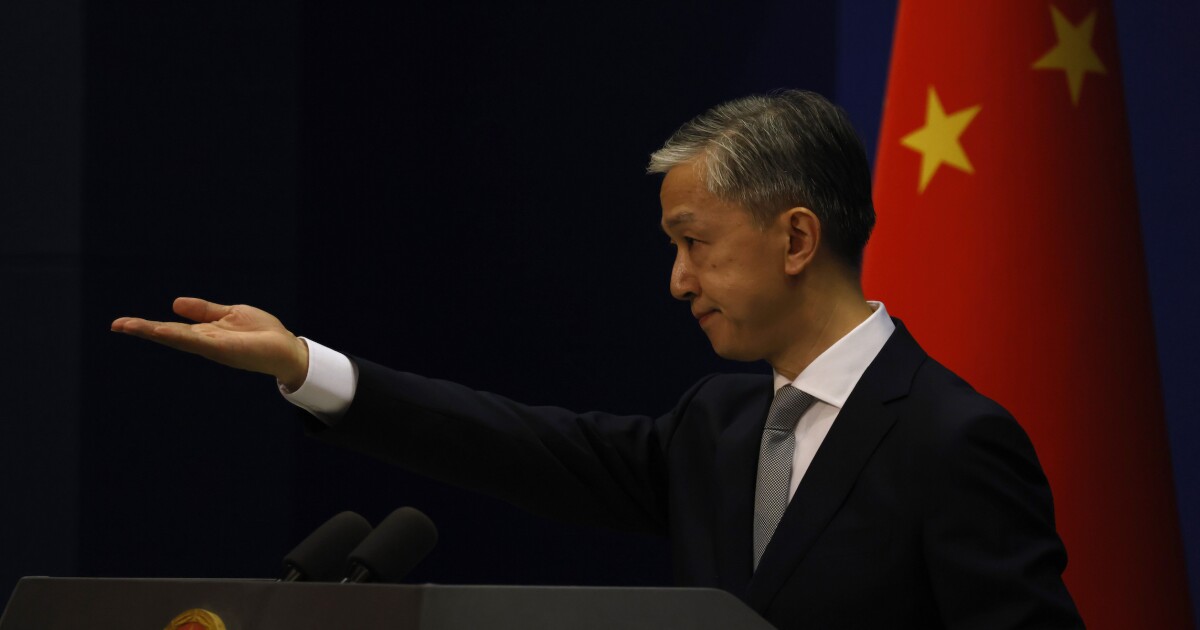 “Bolton’s admission is so revealing,” Chinese Foreign Ministry spokesman Wang Wenbin said Monday. “Leading U.S. politicians trumpet the so-called rules-based international order for one purpose: to ensure that the U.S. can easily interfere in other countries’ affairs and overthrow their governments at its own will.”

Bolton made the remark during a media appearance about then-President Donald Trump’s attempt to block the counting of electoral votes in the context of the unfolding congressional investigation into the storming of the Capitol. Yet it provided a predicate for a broadside against the United States that dovetails with recent Chinese and Russian demands to revise “the global governance architecture and world order” into something that makes room for their respective ambitions in Taiwan and Ukraine.

JOHN BOLTON: THOSE WHO CRITICIZED CLAIMS HE PLANNED COUPS ARE SNOWFLAKES

“The Chinese have a strategic interest in doing whatever they can to undermine this concept of both a Western-led rules-based international order and certainly any concept of a privileged position for the U.S. with respect to democracy or rules,” U.S. Army War College research professor Evan Ellis, a former member of the State Department’s policy planning staff, told the Washington Examiner.

Bolton made the now-famous remark while dismissing the idea that Trump had managed to attempt “a carefully planned coup d’etat aimed at the Constitution.” He regards the Jan. 6 upheaval as a consequence of blind selfishness.

“As somebody who has helped plan coups d’etat — not here but, you know, other places — it takes a lot of work. And that’s not what he did. It was just stumbling around from one idea to another,” he told CNN’s Jake Tapper last week. “Ultimately, he did unleash the rioters at the Capitol — as to that, there’s no doubt — but not to overthrow the Constitution. [It was] to buy more time to throw the matter back to the states to try and redo the issue.”

The Chinese Foreign Ministry used the remark as grist for their public diplomacy concerning Latin America, which is an important region for Beijing, and also echoed the allegations against the United States that Russian officials have used in recent years.

“For years, the U.S has created political unrest in Latin America, played a part in the Arab Spring, and instigated color revolutions in Europe and Asia,” Wang said. “Senior U.S. officials even went to the streets themselves in some of those countries to support opposition forces in stoking political confrontation.”

Bolton offered himself as an experienced authority on plotting coups in an apparent effort to argue that the upheaval on Jan. 6 was “a once in a lifetime occurrence” rather than a systemic challenge to the U.S. political order.

“None of it [is] defensible,” Bolton told Tapper. “It’s not an attack on our democracy. It’s Donald Trump looking out for Donald Trump. It’s a once-in-a-lifetime occurrence.”

Wang hammered the theme that Bolton’s remarks help build a case against the U.S.-led international system.

“Overthrowing foreign governments is deep in the bones of how the U.S. conducts its foreign policy,” Wang insisted. “This is exactly the kind of ‘rules’ and ‘order’ that people like Bolton want absolutely to defend. The people of the world, however, will not let them.”