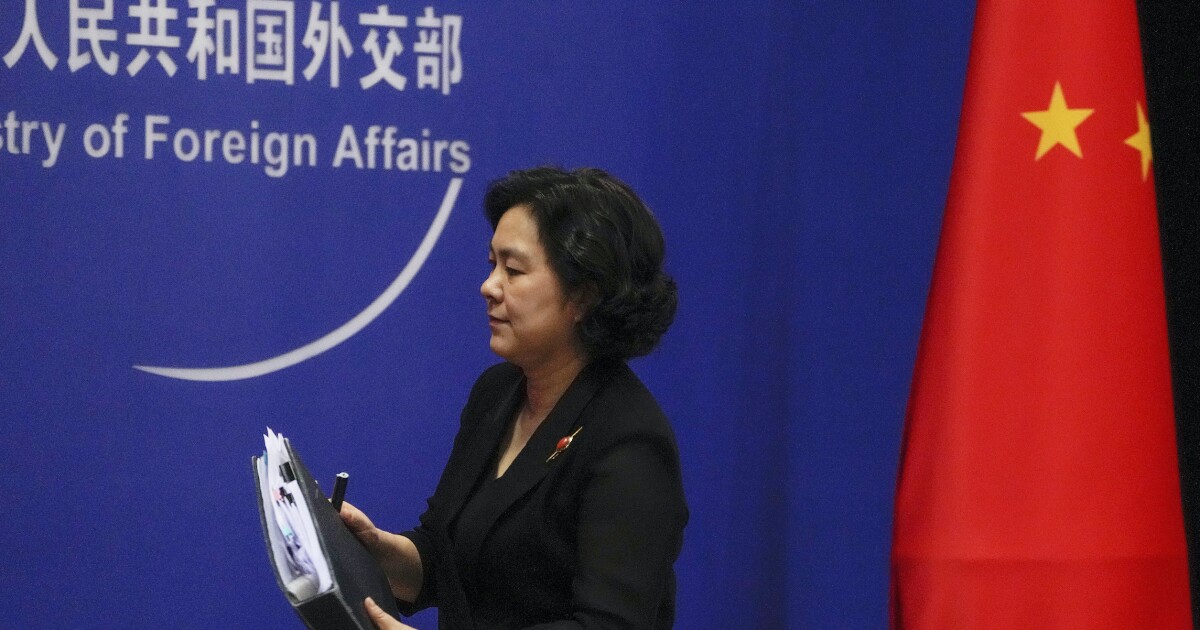 Taiwan faces a new era of “gradually and continuously” increasing pressure from China, which has vowed to retaliate against House Speaker Nancy Pelosi’s (D-CA) visit to the island democracy.

“There should be no questions about our strong capability to do so,” Chinese Foreign Ministry spokeswoman Hua Chunying told reporters. “Our countermeasures will be strong, effective, and resolute, which will be felt gradually and continuously by the U.S. side and the ‘Taiwan independence’ separatists.”

Pelosi made the visit in the teeth of a Chinese Defense Ministry threat that its “military will not sit idly by.” Such opposition from Beijing galvanized the private objections of U.S. military officials and other members of the Biden administration who did not want to risk a standoff with the communist regime at this juncture.

Chinese officials have announced military exercises that raise the specter of a blockade around Taiwan, with state media forecasting that live-fire tests will send missiles “over the island of Taiwan for the first time.” Such flourishes represent an unprecedented intensification of saber-rattling around Taiwan while still falling short of the most ominous threats that emanated from Beijing in the days leading up to Pelosi’s visit.

“The worst case scenarios that we were worried about right after the visit, or during the visit, those haven’t yet come to pass,” American Enterprise Institute senior fellow Zack Cooper said Wednesday. “So, hopefully, we’ll be OK.”

Chinese Communist opposition to Pelosi’s visit has operated on at least three rhetorical planes throughout the public controversy. These statements ranged from bellicose yet ambiguous statements from government officials, such as the defense or diplomatic statements that “those who play with fire will perish by it,” as the foreign ministry spokesman said last week, to more specific and provocative language from nonofficial figures — most notably a former state media editor who tweeted that the People’s Liberation Army could shoot down Pelosi’s plane.

That blend of public threats forced Pelosi to choose between canceling the visit, setting an unsavory precedent for allowing Beijing to intimidate the U.S. government in the context of Taiwan, or risking an ambiguous confrontation. That anxiety was stoked by the way the mainland regime offered a rationale for the clash, as Chinese officials argued that the visit reflects a substantive upgrade of the government-to-government relations between the United States and Taiwan.

“In recent years, the U.S. has claimed that it is committed to the ‘One China’ policy, but actionwise, it has been backtracking and even blurring and hollowing out the One China principle,” Hua complained Tuesday, the day Pelosi arrived. “The U.S. has also gone against its commitment of maintaining nonofficial ties with the Taiwan region. It has upgraded its level of contact with Taiwan and has steadily increased arms sales to Taiwan.”

Pelosi maintained that her trip, the second ever by a House speaker, does not represent an overhaul of U.S. policy. “Four decades ago, the Taiwan Relations Act was built — in building a strong bond between our two countries: advancing our shared interests of governance, economy, and security while respecting the One China policy,” she said at the press conference. “We are supporters of the status quo and the rest. And we don’t want anything to happen to Taiwan by force.”

Chinese Communist officials have claimed sovereignty over Taiwan since their rise to power in 1949, even as the island functioned as the refuge of the Republic of China government defeated by the communist revolutionaries. The U.S. cut diplomatic ties with Taipei in 1979 to establish diplomatic relations with Beijing, but Congress paired that recognition with a law providing for “close, extensive” unofficial relations with Taiwan — including a requirement that the president arm the Taiwanese to resist a Chinese Communist invasion.

“This is the question: Do we think when the Chinese say that we’re eroding these agreements and eroding One China that they’re bluffing?” said Cooper. “Or do we think that this is actually something that would lead them, in the not-so-distant future if it continues to happen, to use force? I don’t know the answer to that question, but I am not confident that they’re bluffing.”

Some Chinese voices with ties to the military have acknowledged that the mainland regime isn’t prepared for a war with the U.S. — but perhaps that won’t be true for long. “The possibility of Pelosi visiting Taiwan shows the standoff between Beijing and Washington has escalated, which demands that the PLA push forward with military reforms to become a real modern fighting force,” former PLA instructor Song Zhongping said this week.

A pair of other retired Chinese military analysts agreed that Beijing will direct more provocative military activity toward Taiwan — “flying over Taiwan cannot be ruled out. … Flying drones cannot be ruled out,” as one former PLA Air Force expert said — but also calibrate those operations to avoid an accidental war. Retired PLA Col. Yue Gang cast doubt on such activity.

“This move can easily lead to mishaps or even wars, which is not the required effect,” Yue told the South China Morning Post. “The aim of the exercises is to counter the arrogance of the Taiwan independent force and its collusion with the U.S., which will be a dead end.”

Cooper, the American analyst, argued last week that U.S. leaders should focus on “delivery of backlogged and approve the sale of additional arms to strengthen Taipei’s ability to defend itself” rather than take symbolic actions that might galvanize Beijing.

Pelosi, for her part, rejected such assessments of Chinese President Xi Jinping’s decision-making.

“I think that whatever China was going to do, they will do in their own good time. What excuse they may use to do it is another thing,” she said. “It’s really important for the message to be clear that in the Congress, House, and Senate, Democrats and Republicans are committed to the security of Taiwan … to have Taiwan be able to most effectively defend themselves. “