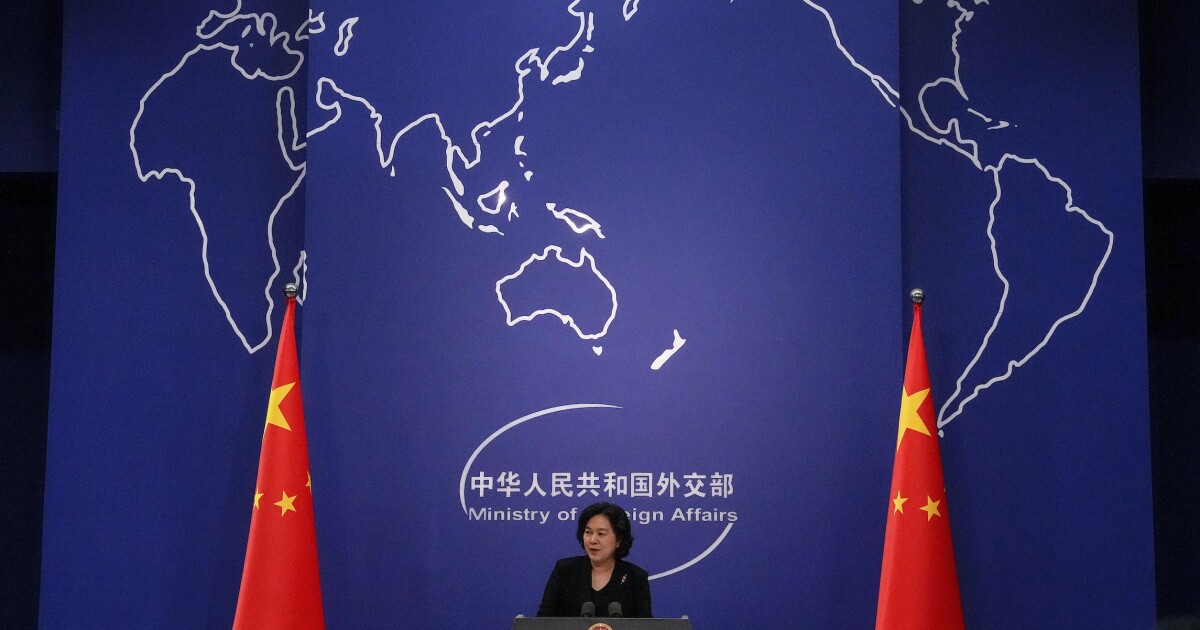 Chinese forces fired several missiles that landed in waters near Japan, a display that suggests how a Chinese attempt to subjugate Taiwan could turn into a wider war.

The ballistic missile launches drew a protest from Tokyo, but the live-fire drills represented only one component of the acrimony displayed this week.

Japan joined Western democracies in warning the mainland regime not to use House Speaker Nancy Pelosi’s (D-CA) trip to the island democracy “as pretext for aggressive military activity in the Taiwan Strait,” but China responded with complaints about the history of tensions with Japan.

“Japan is historically responsible for its wrongdoing on the Taiwan question and is in no position to make unwarranted remarks, still less should it blindly follow the U.S.’s steps and violate our sovereignty and territorial integrity,” Chinese Foreign Ministry spokeswoman Hua Chunying said Thursday. “This would not be in the interest of the Japanese people either.”

The Chinese diplomat repeated that indictment several times, each one an apparent allusion to the First Sino-Japanese War, which inflicted a major defeat on the Qing dynasty. In the 1895 treaty to end that war, China yielded to Japan “full sovereignty” over the island now known as Taiwan.

The Empire of Japan was forced by the United States and its allies to relinquish Taiwan after the Second World War, so the island became the refuge of the Chinese government, defeated in the ensuing Chinese Communist Revolution. The Chinese Communist Party wants to reverse the humiliations suffered by the Qing dynasty, but Japan and Western powers regard Taiwan as a strategically valuable player on the world stage.

“China’s dangerous and provocative live-fire exercises around Taiwan are yet another chapter in Beijing’s unrelenting efforts to bully and coerce Taipei, and to upend cross-Strait peace and stability by changing the status quo with Taiwan,” Senate Foreign Relations Chairman Bob Menendez (D-NJ) said in a joint statement with Sen. James Risch (R-ID), his committee counterpart. “To be clear, Speaker Pelosi’s visit to Taiwan provides no justification for this sort of measure. Beijing should not be under any false illusion that these military drills will lessen resolve in the United States or elsewhere, or erode our commitment to stand with the people of Taiwan and their right to determine their own future. Just the opposite.”

That statement from the senators echoed the message from the G-7.

“There is no justification to use a visit as pretext for aggressive military activity in the Taiwan Strait,” the G-7 said. “The PRC’s escalatory response risks increasing tensions and destabilizing the region. We call on the PRC not to unilaterally change the status quo by force in the region, and to resolve cross-Strait differences by peaceful means. There is no change in the respective one China policies, where applicable, and basic positions on Taiwan of the G-7 members.”

Hua reacted to that statement with another invocation of 19th-century events.

“The foreign ministers of these countries clearly believe that they still live in the days of the Eight-Power Allied Forces over 120 years ago,” she said. “Today’s China is not the old China humiliated and bullied over 100 years ago. It is time for these people to wake up from their imperial dream.”

After Japanese Defense Minister Nobuo Kishi called the missile tests a “grave issue,” Hua argued that Japan had no right to complain about the military exercises given the territorial disputes between their two countries.