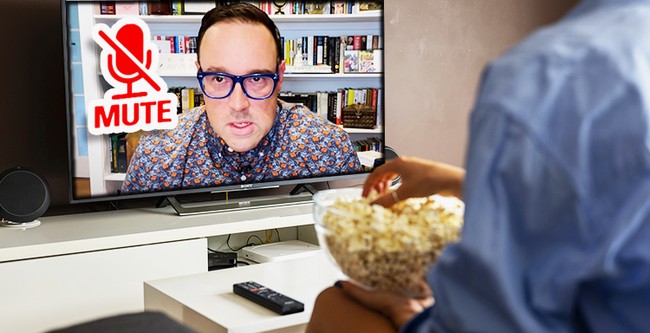 Just when you thought there might be a reason to take Chris Cillizza seriously (I mean, it is possible somebody might have…), he uncorks a gem of journalistic chiffon.

Chris has a vision: He wants to reimagine what our cities can become because, as he sees it, our cities are designed incorrectly. He speaks with an author who wrote about new planning for our cities, and together these two have seen the vision of Utopia.

– “That vision of our cities does not comport with what our cities currently look like. Not close. And that’s in large part due to the fact that most of our modern cities were built around cars, not people.“

So what has them so inspired?

Why Wakanda may be a model for the future of American citieshttps://t.co/jeamIwfH4t

Yes, they see the future of this country based on the movie “Black Panther.” So, the way to build the perfect city is to wall off the urban center, develop a monoculture society ruled by a monarchy, and is operational due to a Vibranium-based economy.

We look forward to the next entry in Cillizza’s planning, “How NASA can improve space flight by adapting X-Wing Fighter technology.”

The press has been a marvel in the way they are covering the two candidates for the Georgia Senate race. As Herschel Walker has been placed under a microscope, Raphael Warnock has been treated with kid gloves. Case in point – it was recently a “controversy” when it was revealed Walker pays child support for one son, but Warnock’s deadbeat past with child support warrants zero interest.

In a similar fashion, the press has not wanted to cover the mounting issue of Warnock’s church evicting underprivileged residents, all while he enjoys a monthly housing stipend of over $7,000 to live in the residence owned by the church. So in order to provoke some media interest, Walker held a press conference to highlight those who were forcibly removed by the church, and we see just how reluctant the press is to do their job. In covering this story, Sahil Kapur was at the press conference…and that was all he did. He called into question Walker’s statements, then was sure to issue Warnock’s rebuttal.

ATLANTA — Herschel Walker holds a presser with Georgians who he says got eviction notices from Raphael Warnock’s church-owned building. He sidesteps questions about whether any of them were actually evicted. (Warnock says none were during that period of the pandemic.) pic.twitter.com/mQtf4bz1Yw

Not occurring to Kapur: Interviewing any of those evicted persons in attendance or looking over the available eviction documents filed by the church.

Recall when Donald Trump was frequently taking time away from the White House to go to Mar-a-Lago, the press complained bitterly, and they compiled the “days off” as an indication the man was not doing his job. Now, the same press corps is faced with a tough reality: Joe Biden has been away even more often. Recently, we saw him take an extended break, fly into the White House for a signing ceremony, and then jet off again that same day for more time off in Delaware – and there was no outcry to be heard.

Now, when looking at the lengthy amount of days spent effectively calling a lid, CNN’s Kate Bennett finds reason to praise the move, as he is championing the work-from-home ethic.

– “The comforts of home can be a salve for the commander-in-chief while carrying out one of the world’s most demanding jobs. The American president is never truly ‘off,’ and – in fact – Biden, like all presidents, has a whole remote White House apparatus that travels with him to facilitate that round-the-clock enterprise. Some argue that Biden can now lean into the normalcy of working from home, which millions of Americans had to rely on when Covid-19 forced isolation from offices and public spaces.“

Biden has spent more than a fourth of his presidency working from Delaware, outpacing Trump’s regular trips away https://t.co/QlCPRTQ2AD

CBS News decided to unearth an old gripe from the press concerning talk radio and the dire impact all these conservatives having airtime means for the country. Jim Axelrod presents a segment on how conservatives “weaponize” talk radio, and he speaks with some opponents on the topic who intone the corrosive effects this has on the nation. Of course, pretending that liberals have no voices of their own on the airwaves is needed – as is ignoring the failed attempt at an entire liberal radio network (Air America) that was pushed onto radios. Also needed is avoiding any conservative voices to lend perspective on any of the accusations.

Here is @CBSNews attempting to resurrect The Fairness Doctrine, because conservatives have “weaponized” talk radio, dividing the country.
The lack of a conservative voice weighing in on this report is just one issue with the bias. pic.twitter.com/PCgu3skmzU

A Daily Beast worker, Julia Davis, has a YouTube channel called “Russian Media Monitor.” On it, Davis covers and features the various ways the Russian government disseminates propaganda, and it reveals the way Putin leverages his own media to deliver his approved messaging. Of course, the channel has taken a decided focus on the war in Ukraine, and specifically how it is covered and commented upon within the Russian homeland.

Davis recently exposed that YouTube had taken down 60 of her videos, citing “violation of community standards.” The likelihood is that Russian trolls mass reported the account, triggering the takedowns, which means effectively YouTube is protecting the Russian propaganda program.

Look at @YouTube protecting Russian propagandists. They’ve deleted 60 of my videos this morning. For those who preferred to watch and share my videos from there, sorry about that. Try to watch as soon as I post, because YouTube is likely to delete, to protect the Kremlin’s image. pic.twitter.com/ygQnK3ENED