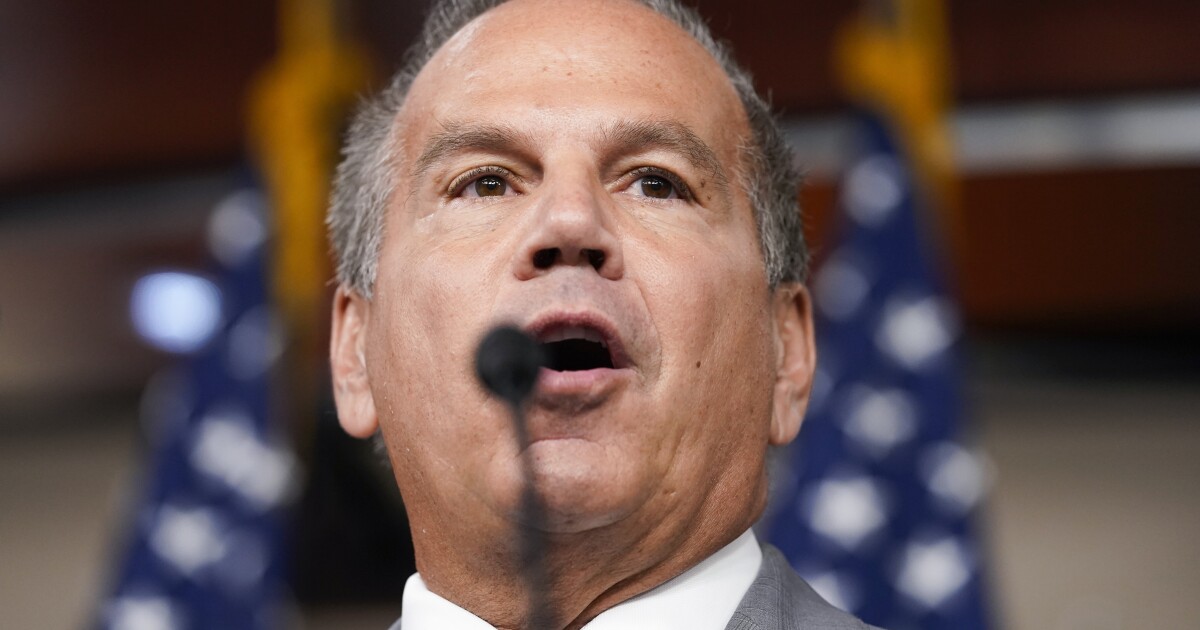 Rep. David Cicilline (D-RI) announced he would run against House Majority Whip Jim Clyburn (D-SC) for a top leadership position in the next Congress.

The Rhode Island lawmaker, who surprised his colleagues on Wednesday when he told them he’s running to become the party’s assistant leader, pitched himself for the No. 4 position, urging House Democrats to include an LGBT member at the leadership table. If Cicilline could pull out a win over Clyburn, it would make him the highest-ranking openly gay Democrat.

“I think what’s very important to the LGBTQ community, which is a very important part of our caucus and a community that is particularly under attack all across this country — needs to be represented at the leadership table,” Cicilline told reporters on Wednesday. “And I feel very strongly about that. I think a lot of my colleagues feel the same way.”

Cicilline faces an uphill battle to replace Clyburn in the Democratic leadership ranks, as the South Carolina Democrat is widely respected. Cicilline has long expressed interest in taking on a leadership role, launching a bid for Democratic assistant leader in 2018 after the party became the majority in the lower chamber. He lost to Rep. Katherine Clark (D-MA), who was elected to House minority whip on Wednesday.

However, recent events have spurred Cicilline to try again, he said.

“Obviously, I have enormous respect for the other candidate in this race, Mr. Clyburn. But, you know, these recent events, particularly the shooting at the LGBTQ club in Colorado Springs, just reminded me of the critical nature of representation in this moment,” he said, referring to the recent shooting at a Colorado LGBT nightclub that left five people dead and another 19 injured.

House Democrats voted on the highest-ranking party leadership positions on Wednesday, electing Rep. Hakeem Jeffries (D-NY) as House minority leader, Clark as the minority whip, and Rep. Pete Aguilar (D-CA) as the Democratic caucus chairman. However, the vote to fill the assistant leader position won’t be held until Thursday.

Clyburn announced his bid for the assistant leader position “to help support this new generation of leaders.” He has not yet publicly responded to Cicilline’s election challenge, and a spokesperson for the congressman has not responded to a request for comment.