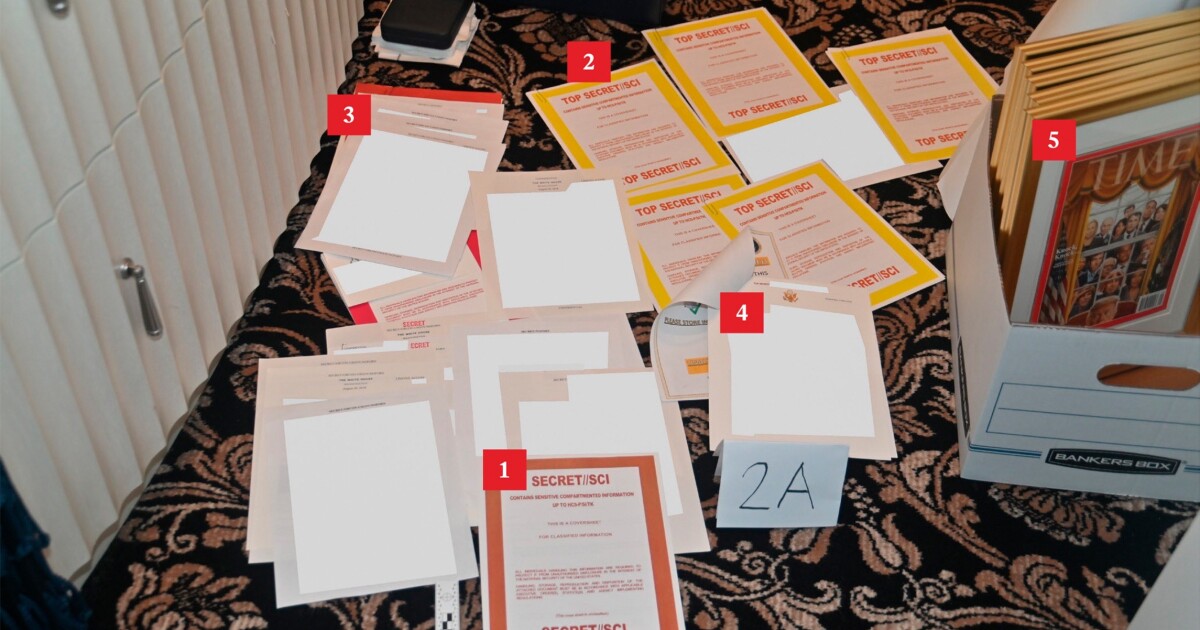 Among the document tranche confiscated by the FBI from Mar-a-Lago were reportedly classified documents outlining sensitive information about Iran and China.

At least one of the sensitive papers detailed information about Iran’s missile program, and those familiar with the document saga feared that if the classified material seized from Mar-a-Lago ended up in the wrong hands, it could have exposed sensitive intelligence-gathering methods, the Washington Post reported.

So far, the material about China and Iran are some of the most sensitive documents that the FBI has recovered from Mar-a-Lago, sources told the newspaper.

Some of the material collected from former President Donald Trump’s resort in Palm Beach, Florida, was so sensitive that numerous senior national security officials don’t have access to them, according to the news outlet.

Shortly after the bombshell Aug. 8 raid, reports surfaced that government officials had been on the hunt for documents related to nuclear weapons. Investigators found a document in Mar-a-Lago that discussed a foreign country’s nuclear capabilities, the Washington Post previously reported.

It is not clear if that document referred to the capabilities of Iran or China, which are known to be subjects of intense interest for the intelligence community.

The government is examining possible violations of the Espionage Act and obstruction of justice in its sprawling inquiry of the presidential document matter, per court documents. Investigators began the inquiry after the National Archives and Records Administration retrieved presidential documents from Mar-a-Lago in January and discovered classified material.

National Archives officials referred the matter to the Justice Department, which opened an investigation that led to the Aug. 8 search and seizure. FBI officials purportedly recovered roughly 100 documents with classified markings during the raid.

Trump has adamantly denied wrongdoing, lambasting the government for conducting an “unAmerican break-in” and insisting that he declassified the material in question. He has also argued that a president can declassify material “even by thinking about it.”

Following the raid, Trump lawyers and the DOJ have been squaring off in court. Trump won court approval for the appointment of a special master — a third-party lawyer to comb through the documents to filter out privileged material. The DOJ is appealing that court order.

Federal Judge Raymond Dearie has been serving as the special master in the case.

The Washington Examiner reached out to a Trump spokesperson for comment.