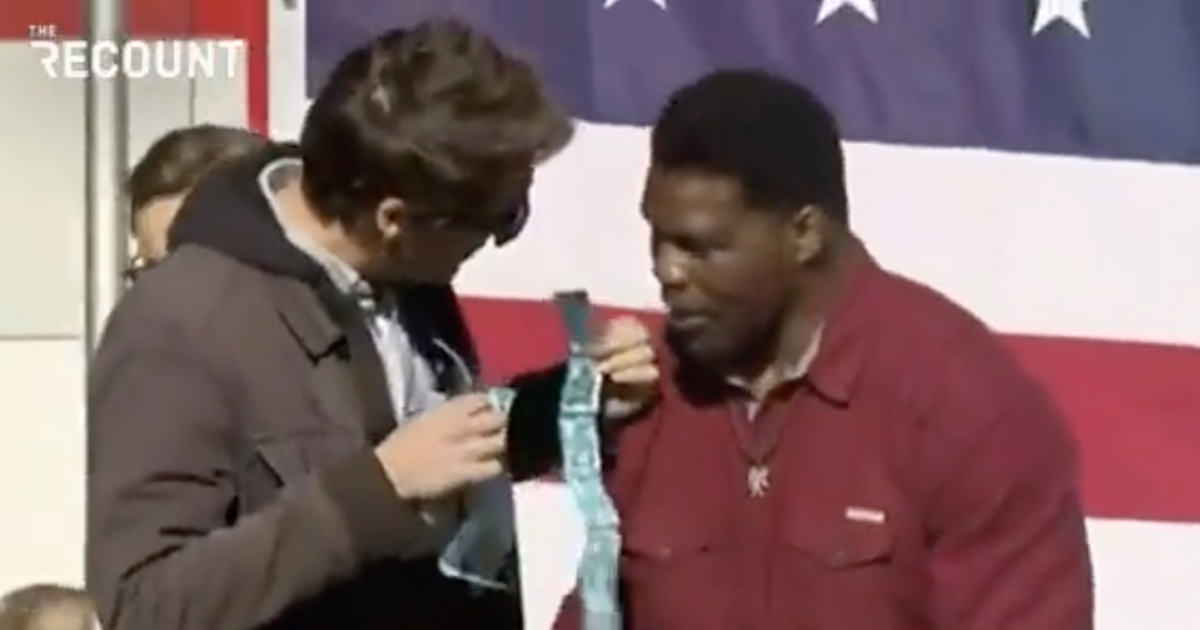 During a campaign event in Macon, Georgia, The Good Liars comedian Jason Selvig walked up close to the former football star while he was shaking hands with supporters and offered him a roll of condoms — a knock over an abortion scandal that recently hit Walker’s campaign.

“We tried to give Herschel Walker condoms today (for obvious reasons),” The Good Liars said in a tweet.

In a video posted to social media, Walker could be seen saying something during the prank, but his reply was inaudible. The candidate then maneuvered past Selvig who appeared bewildered as individuals appeared behind him and motion him away.

The Good Liars is a duo that frequently does man-on-the-street bits and satirizes politics. Selvig is partnered with Davram Stiefler.

Walker’s campaign has been rocked by a bombshell Daily Beast report in which a woman came forward claiming he encouraged and paid for her to obtain an abortion back in 2009 when they were dating. The woman provided the New York Times and the Daily Beast with receipts and a “get well” card bearing his signature as proof.

The woman also claims he pushed her to get a second abortion, but that she ultimately refused. Both Walker and the woman reportedly cut off their relationship in September 2011.

Walker, who has run a staunchly anti-abortion campaign, has vehemently denied that he ever pressured the woman to get an abortion, or paid for one.

When news of the alleged abortion broke, one of his children, Christian, criticized his father on Twitter. Christian Walker is a conservative activist with a sizable social media following. He ripped his father for being absent and for his personal behavior.

Selvig appears to have drawn inspiration from Christian Walker.

Given the 50-50 split in the upper chamber, the Peach State showdown could determine the balance of power in the Senate.