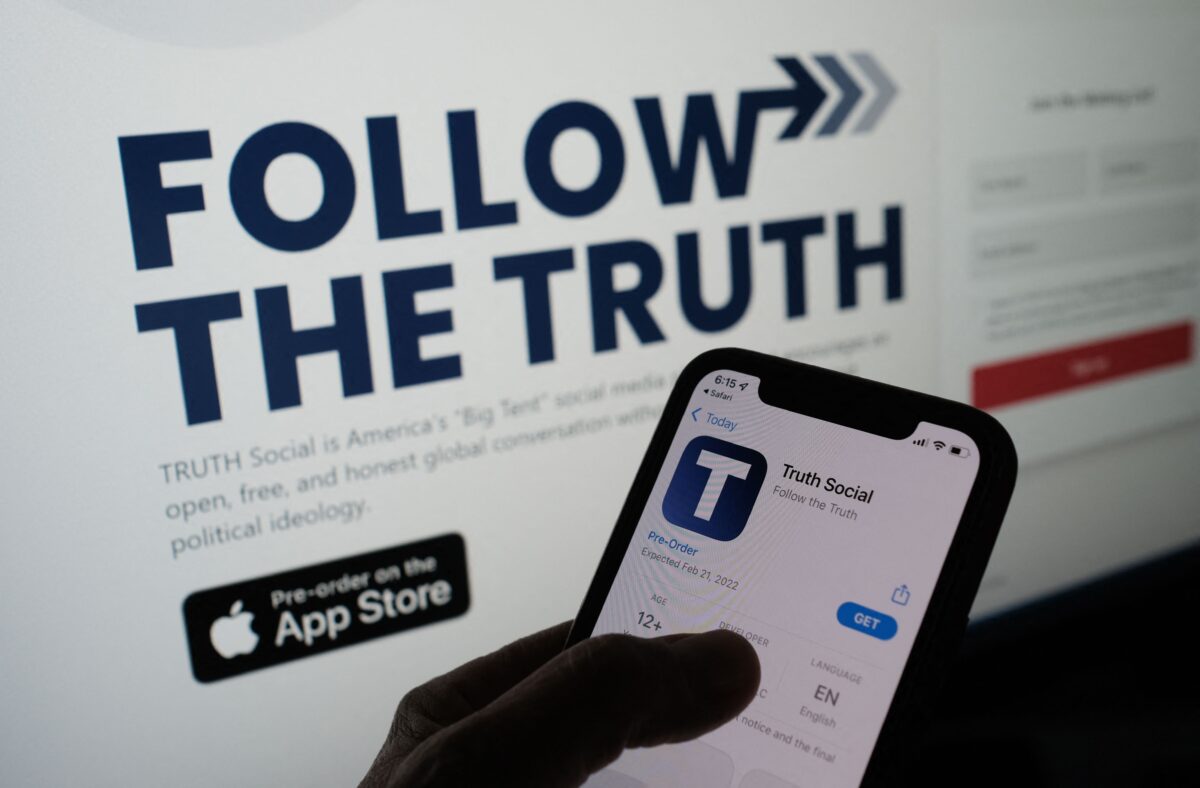 Digital World Acquisition, the company aiming to merge with Trump Media & Technology Group (TMTG), owned by former President Donald Trump, is set to lose millions of dollars’ worth of investment from institutional investors, according to the firm’s recent filing with the U.S. Securities and Exchange Commission (SEC).

In October last year, Digital World entered into a merger agreement with TMTG, the parent company of social media platform Truth Social. On Dec. 4, 2021, Digital World entered into securities purchase agreements (SPA) with certain institutional investors (PIPE), according to which the investors agreed to buy up to an aggregate of 1 million shares of Digital World at a purchase price of $1,000 per share—a commitment valued at $1 billion. The investment was to be consummated “concurrently with the Business Combination,” the filing said.

The PIPE investors would back out from the deal if it was not completed by Sept. 20, 2022. The deadline has passed, and Digital World and TMTG have yet to merge.

“Between September 19, 2022, and September 23, 2022, Digital World received termination notices from PIPE Investors representing approximately $138.5 million of the PIPE,” according to the filing.

Digital World’s share prices have fallen drastically this year. After peaking at around $110 in March, the company’s share is presently trading at around $18.81 as of Sept. 23—a decline of nearly 83 percent.

Over the last month, the share value has dropped by around 44 percent.

The proposed merger between Digital World and TMTG is facing challenges due to multiple investigations from federal regulators.

In late October and early November, the Financial Industry Regulatory Authority (FINRA) asked Digital World for a review of trading activities prior to the merger announcement.

An analysis by Reuters reported unusual trading activity on Oct. 20 just before the deal was announced later in the day. While on Oct. 19 only 119,000 warrants were traded, this jumped to more than a million warrants on Oct. 20.

The SEC has been investigating the deal since last year. In June, the SEC sought additional information on communications between company insiders and Truth Social executives. At the time, Digital World had warned investors that the SEC investigation could delay the proposed merger with TMTG.

In a Sept. 18 statement to Breitbart News, TMTG blamed the SEC for stalling its merger with Digital World despite the fact that Digital World had filed its registration statement over four months back. This “inexcusable obstruction” is damaging the interests of investors and is contrary to the SEC’s stated mission, it argued.

“In light of the obvious conflicts of interest among SEC officials and clear indications of political bias, TMTG is now exploring legal action against the SEC,” the statement said.

“Despite the increasing weaponization and politicization of government agencies, Truth Social will continue its expansion plans, supported by the unprecedented levels of user engagement on the platform.”