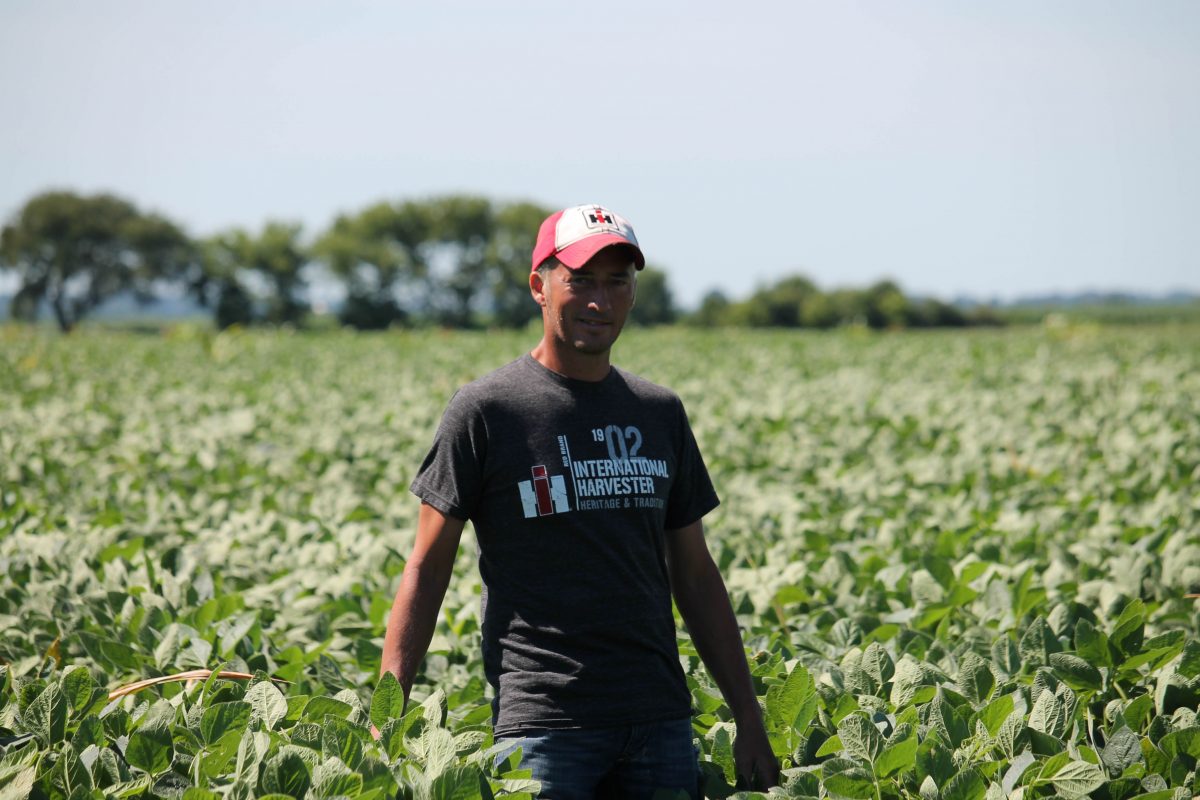 A China-based agribusiness with links to the Chinese Communist Party (CCP) is moving ahead with plans to build a corn mill in Grand Forks, North Dakota, despite local concerns the project could pose national security risks.

A Hong-Kong listed company, Fufeng Group is based in Shandong Province and has subsidiaries in 115 countries around the world.

The future corn mill plant would operate through U.S. subsidiary Fufeng USA on prime land about a dozen miles from Grand Forks Air Force base. Minot Air Force Base sits about 211 miles west of the city.

Cramer specifically wants to know why the group selected to build close to a strategic military base in a remote northeast corner of North Dakota that houses sensitive drone, satellite, and surveillance technology.

“But it’s in the northern reaches of corn country. That in and of itself is a peculiarity. It doesn’t seem like a rational investment for this type of facility.”

“In other words, [logistically] you would have a corn milling plant in the middle of the corn belt. If this project were 150 miles south of Grand Forks, it would be surrounded by corn fields.”

Fufeng Group and Fufeng USA argue they are not on the White House national security prohibition list.

“The National Counterintelligence and Security Center (NCSC) does not consider agribusiness or wet corn milling an economic and national security concern,” according to a group fact sheet.

“The sectors of concern are artificial intelligence, biotechnology [such as biomaterials, biopharmaceuticals, and new vaccines and drugs], autonomous systems, quantum computing, and semiconductors.”

Fufeng USA, a global bio-fermentation company, plans to use the corn mill facility to extract ingredients that go into animal nutrition feed products sold in the North American market.

In the letter, the senators requested that the Committee on Foreign Investment in the United States (CFIUS) does a full review of the corn mill plans in Grand Forks for potential security violations.

“Public reports suggest that CFIUS has expressed interest in this transaction and that the city of Grand Forks has requested the company make a voluntary filing with CFIUS,” the senators wrote.

“We believe that a full CFIUS review would clarify whether the purchase of this land by Fufeng Group carries national security implications.”

The situation has “led to concern that Fufeng operations could provide cover for PRC surveillance or interference with the missions located at that installation, given Fufeng Group’s reported ties to the Chinese Communist Party.”

However, city officials see the Fufeng USA project only as a win for the city of 59,000 residents with the lure of jobs and tax revenue.

“The benefits would be similar to any new primary sector business coming to town,” said Grand Forks mayor Brandon Bochenski.

At least on paper, the project anticipates creating 1,000 construction jobs and 233 full-time positions, paying an average salary of $59,000.

The corn mill would generate millions in property and sales taxes and spur infrastructure improvements in alignment with the city’s economic development plans.

Bochenski said local farmers would also benefit from the increased business while the city would reap additional water and wastewater income for capital improvements.

For the past nine months, the project has been in a “due diligence phase” as Fufeng USA works through with details of an approved development agreement with the city council.

“It would require likely another eight to nine months of due diligence before any construction and ongoing monitoring if the plant is ultimately built,” Bochenski told The Epoch Times.

Many residents, however, fear the project would cause pollution and other environmental problems and drain local water resources.

Then there is the perceived threat of spying by the Chinese government.

“We know specifically that [Fufeng Group] has links to the Chinese government. There’s not a company out of communist China that doesn’t have ties to the government,” said Jodi Foster, a member of the local opposition group Concerned Citizens of Fufeng Group Project in Grand Forks.

Fufeng Group has “close ties” to the CCP through chairman Li Xuechun, according to a spokeswoman in Cramer’s office.

“He previously participated in Shandong 12th People’s Congress and has received praise for being the ‘Model Laborer for his business achievements.’”

As the company’s controlling shareholder, Xuechun has been the top executive at Fufeng Group since November 2016. He once served as a member of the People’s Congress of Shandong Province for five years.

Bochenski said the city has approached the project with “a high level of due diligence.”

“We see economic benefits of a new wet-corn milling facility in the region. We are doing as much due diligence as possible and look to the appropriate federal agencies for national security insights and direction.”

Too Close to Home

Cramer said his “personal view” is that the U.S. government should not allow companies based in China to become involved in American agriculture.

“Beyond that, there’s concern about the location,” he said.

“Even if you investigate, we already know there are links to the Chinese Communist Party [which] uses economic leverage over countries all the time. They’re predatory lenders in third-world countries.”

Cramer pointed out that North Dakota has no shortage of workers. With 30,000 jobs available in a vigorous state economy, the state’s agricultural and business sectors are robust.

“North Dakota is not a desperate place [in need of foreign investment],” he said.

“We are doing very well economically. We also are a commodity-based economy. So when food prices go up, [agricultural producers] do very well. We are, in some respects, recession-proof. We produce a lot more than we can sell.”

As such, Cramer said he favors doing more business with America’s allies and less with its adversaries—”particularly concerning aggressive economic warfare” by China.

Local media outlets reported that the plant will be a “wet-corn milling” facility and should be fully up and running by 2024 or 2025 at a total construction cost of about $350 million.

Project opponents feel the project would sap the city’s local water supply, using an estimated 6 million gallons per day while the city consumes around 7 million gallons.

They also voiced concern about odors, pollution, and other environmental hazards the project might cause.

Residents garnered nearly 5,000 signatures in a local petition hoping to bring the project to a referendum vote. The city later denied the petition, prompting one resident to file a lawsuit.

In the suit, Benjamin Grzadzielewski argues that the city auditor “impermissibly robbed” residents of their legal right to a referendum vote.

Carlson said opponents also had taken issue over what they consider the project’s lack of transparency and the “forcible” annexation of private land by the city to make way for the corn mill project.

She said the goal is now to stop the project altogether. To that end, Carlson has been a staunch and frequent voice on her group’s Facebook page.

In a recent post, she quoted the Declaration of Independence that included a video of Bochenski in a swearing-in ceremony. The passage stated it is the right and duty of citizens to “throw off” the bonds of a tyrannical government.

A Knock At The Door

Carlson’s post caught the attention of Grand Forks Police Sgt. Michael Jennings, and on June 23 at 1:15 p.m., he and another officer paid a visit to Carlson’s home.

Carlson said that Jennings identified himself and the other man as officers with the Grand Forks Police Department, though his report did not mention it.

The Epoch Times received a copy of the June 30 police incident report, in which Jennings states he “felt it appropriate to have a conversation” with Carlson to determine her intention for making the post.

Carlson “indicated she had no violent intentions” and sought to launch a recall of the mayor and council members.

“It’s to intimidate me is the only thing I can call it,” she said.

Through a local media source tip and her investigations, Carlson said she learned that the other officer was an agent with the FBI anti-terrorism unit in Memphis.

“The FBI agent misrepresented himself [and] did not correct Sgt. Jennings when he said ‘We are with the GFPD!’” Carlson said.

Cyndi Barrington of the FBI Minneapolis Division told The Epoch Times, “Per policy, we do not confirm or deny any particular contact” with public members.

Jennings wrote the case is now closed with “no prosecution as no crime has been committed.”