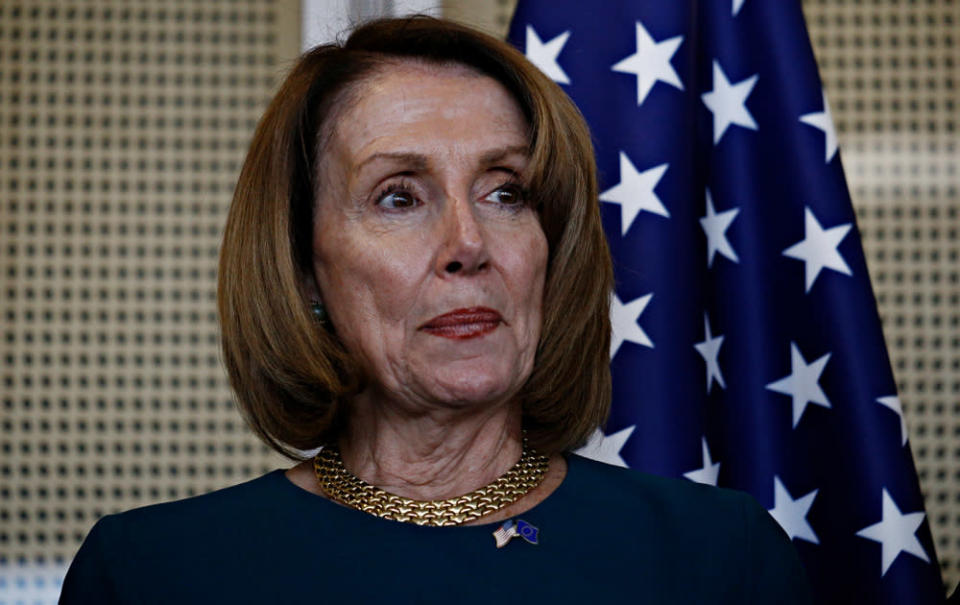 In today’s world, the markets cannot be separated from politics. Case in point – the semiconductor subsidy bill currently before Congress. The bill, which holds the promise of some $52 billion worth of subsidies for the US semiconductor industry, was stalled in the Congressional processes for several months but last week got a boost from House Speaker Nancy Pelosi. In a move not sees as particularly coincidental, Pelosi’s husband just last month exercised a call option to purchase more than $5 million worth of shares in Nvidia, a major chip maker.

Forget the appearances for a moment, no matter how bad that looks. The semiconductor chip bill has bipartisan support, and while it’s path through the Senate is rocky, it’s expected to pass – and that will mean an infusion of cash into the US semiconductor industry. While the chip segment is hurting now, $52 billion will open a lot of opportunities, up and down the semiconductor supply chain, and investors should be on the lookout accordingly.

Against this backdrop, we’ve used the TipRanks database to locate two semiconductor stocks that stand to gain from political chip subsidies. Both are Strong Buy options with plenty of upside potential, according to the analyst community. Let’s take a closer look.

First up on the list is Marvell, one of the chip industry’s light heavyweights. Even after the stock has fallen 45% year-to-date, the company still boasts a market cap of more than $40 billion, and brought in $4.46 billion in revenues in its last fiscal year. Marvell produces chips and chipsets for a wide range of applications, including automotive systems, data centers, ethernet networks, storage accelerators, and SSD controllers.

On the subject of new products, Marvell recently announced the introduction of a generation of ethernet switches, the most advanced secure managed switch for automotive applications.

Heading into this year, Marvell was in a solid position regarding revenues and earnings. The company’s fiscal 2022 revenue was solid, and both the top and bottom lines were trending upwards. That has continued in the company’s current fiscal year. Fiscal 1Q23 results were released in May, and showed $1.45 billion at the top line, up 74% from the year-ago quarter. In earnings, Marvell brought in 52 cents per share in non-GAAP diluted EPS, up 79% year-over-year.

To this end, Ramsay puts an Outperform (i.e. Buy) rating on MRVL shares, along with an $85 price target. Investors stand to pocket ~75% gain should the analyst’s thesis play out. (To watch Ramsay’s track record, click here)

Cowen is hardly the only firm to take a bullish look at Marvell. Of the stock’s 20 recent analyst reviews, 18 are to Buy against just 2 to Hold, for a Strong Buy consensus rating. The stock is selling for $48.62 and its $78.55 price target implies an upside of ~62% from current levels. (See Marvell stock forecast on TipRanks)

Next up, Broadcom, is one of the chip industry’s leaders. In fact, Broadcom is the fifth largest chip company, globally, counting by total sales, with 2021 revenues exceeding $23.8 billion. The Irvine, California, company is heavily involved in a range of computing applications, including cybersecurity, mainframe and enterprise software, optical interconnects, wired and wireless networking systems, and storage and memory systems.

Like Marvell above, Broadcom has its hands in the automotive connection segment, and in May it announced a new product: the industry’s first 50G high bandwidth monolithic automotive Ethernet switch device. The key point here is not competition between Marvell and Broadcom, but rather, a rapidly growing segment that offers advantages to any chip company able to find an entry.

Also in May, Broadcom acquired VMware, a leader in enterprise cloud management. The acquisition was made for $61 billion in cash and stock combined, and Broadcom is currently rebranding its own software group, which will operate as VMware.

All of this leads into the May release of Broadcom’s earnings, from the second quarter of fiscal year 2022. The quarter, which ended on May 1, showed a total of $8.1 billion at the top line, up 23% year-over-year and the best top-line result of the past two years. The company also reported non-GAAP diluted EPS of $9.07, compared to $6.62 in the year-ago quarter.

These results supported Broadcom’s regular share dividend, which at $4.10 per share annualizes to $16.40 per common share and yields 3.3%. The company has a 12-year history of keeping up reliable dividend payments.

Harsh Kumar, 5-star analyst with Piper Sandler, had only positives to say about Broadcom in his recent note, writing: “We think VMware can be transformative to the software business from both a fundamental and financial perspective. Post close, we expect roughly half of Broadcom’s revenue to be software. In addition, we expect Broadcom to maintain its capital returns policy post close, particularly related to the dividend.”

“On earnings, the core company continues to point to strong traction in all semiconductor segments except wireless. Networking is growing nicely, as Broadcom gains share and benefits from the move from custom ASICs to merchant silicon. Overall, Broadcom’s core business continues to do very well, and we view the VMware acquisition very positively. As noted previously, we see a path to EPS over $50 for the combined company once integration is complete,” Kumar added.

And now we can understand Broadcom’s unanimous Strong Buy consensus rating from the Street’s analysts, based on 12 positive reviews. The stock has a trading price of $491.06 and an average target of $704.55, giving it an upside potential of ~43% on the one-year time frame. (See Broadcom stock forecast on TipRanks)

Disclaimer: The opinions expressed in this article are solely those of the featured analysts. The content is intended to be used for informational purposes only. It is very important to do your own analysis before making any investment.