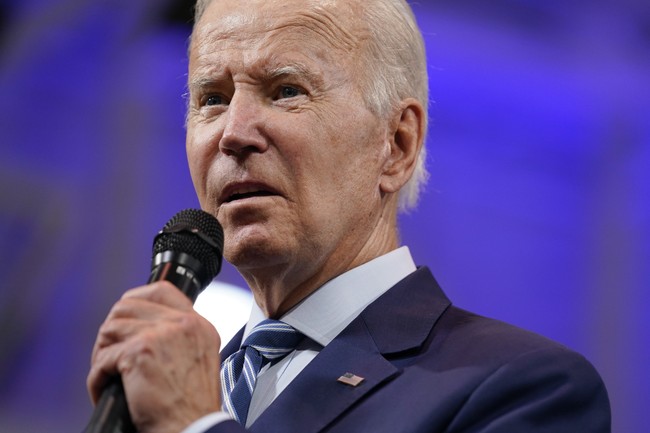 No matter who wins an election, elected officials have the power to shape the lives of taxpayers and consumers. While the debate surrounding this influence so often focuses on domestic policies, it is important to remember that strategic decisions surrounding trade can also directly impact the United States’ economy and citizens. Nowhere is this more apparent than in the TRIPS Waiver negotiations taking place at the World Trade Organization (WTO). This waiver would allow some intellectual property (IP) rights to be waived.

Proponents of the negotiations are considering expanding this folly, which is already negotiated to cover COVID-19 vaccines, to include COVID-19 diagnostics and therapeutics. This could significantly diminish incentives for American medical innovation by removing a strong base of IP protections and gifting U.S. technology to foreign competitors who spent nothing on research and development.

Senators Thomas Carper (D-Del.) and Pat Toomey (R-Pa.) recently sent a letter raising such concerns to U.S. Trade Representative Katherine Tai. Their letter requests answers to multiple questions regarding the Biden administration’s TRIPS Waiver negotiations. These concerns include an economic analysis of the potential impact on American jobs and a list of countries publicly demanding American IP rights to COVID-related treatments. These questions are crucial as a December deadline looms for a decision on potential expansion. It must be ensured that American leaders are promoting international policies that support rather than discourage American pharmaceutical research and development (R&D). To do this, transparency is paramount.

A reckless decision will impact American medicine and the patients that depend on it. American researchers have historically led the world in the development of new treatments, producing nearly two-thirds of the world’s new medicines. Patients then benefit from such world-class research through unparalleled access. The COVID-19 pandemic provided a perfect example of this as American companies helped curb the pandemic and save American lives through their quick creation and production of some of the world’s most effective vaccines. This was possible first and foremost because of the incentives for investment that strong IP rights create. Dismantling these protections on a global scale could irreparably damage these incentives by removing any certainty that the creators of a new treatment will have sole ownership of their creation in the period after discovery. Without such financial backing, groundbreaking advances in medical research would stall and patients would lose out.

Adding insult to injury, the TRIPS Waiver and its potential inclusion of COVID diagnostics and therapeutics provide the U.S.’ adversaries (such as Russia and China) with access to American technological advancements. After investing years and countless dollars into the development of new lifesaving treatments, American innovators would have no recourse as they watch their hard-earned discoveries fall into the hands of Chinese companies. With more than 4 million jobs across the U.S. produced either directly or indirectly through medical innovation, granting U.S. competitors a leg up in this space would devastate American workers and set the country back in the competition for future medicines and cures.

From protecting American jobs to saving American lives through advances in medical research, this policy works against many of President Biden’s supposed goals. With the December deadline approaching quickly, elected officials should call out this inconsistency and support the bipartisan effort to shine a light on the Biden administration’s actions. Senators Carper and Toomey are right in their attempt to expose the terrible implications of these negotiations. If the U.S. supports the WTO expansion of the TRIPS Waiver, American taxpayers and consumers would inevitably pay the price as our nation’s medical system loses its edge. Those involved in these disastrous negotiations must be held accountable.

David Williams is the President of the Taxpayers Protection Alliance.