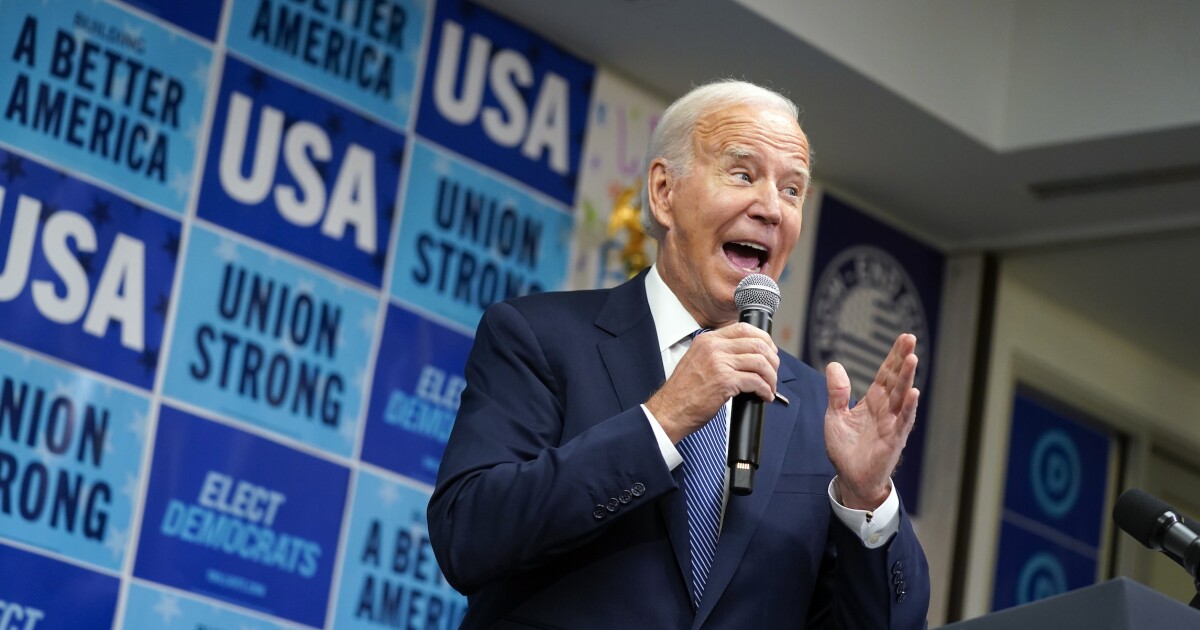 If implemented, the new rules could restrict independent contracting, which would force some freelancers to reclassify as employees, and broaden the definition of joint employment, making it harder to own and operate franchise businesses.

Because these rules are being proposed by executive branch agencies, they do not go through rounds of debate and votes in Congress. However, under the 1946 Administrative Procedures Act, they must go through a public comment period to receive feedback before being implemented.

This is where the group, Heritage Action for America, is trying to make an impact, soliciting comments from the public via a new website . Once received, those comments must be taken into account by the federal government before the rules go into effect and may result in them being altered or even eliminated depending on the volume and force of feedback.

“We think, frankly, that activists have a huge voice because they can petition President Joe Biden and show the real impact that these proposed rules would have on their day-to-day life,” said Jessica Anderson, executive director of Heritage Action, the lobbying arm of the Heritage Foundation.

The independent contractor rule proposed by the Department of Labor could affect more than 57 million people who work as freelance or “gig” workers, such as truck drivers, graphic designers, accountants, or others who are self-employed. Proponents of the rule argue that many workers classified as independent contractors should rightfully be employees, but business groups say freelancing allows for more flexibility and freedom, a big factor for many who choose self-employment.

“Those are people we’re encouraging to drop their comments in, tell how they’d be impacted, and go on the record against the rule,” Anderson said. Comments can be submitted through Nov. 28.

The second rule, proposed by the National Labor Relations Board, would make it more difficult to run businesses as a franchise. Heritage estimates it would affect 8 million people, with comments due by Nov. 7.

“In an economy where employment relationships are increasingly complex, the board must ensure that its legal rules for deciding which employers should engage in collective bargaining serve the goals of the National Labor Relations Act,” NLRB Chairwoman Lauren McFerran said in a statement when the rule was announced. “Part of that task is providing a clear standard for defining joint employment that is consistent with controlling law.”

The rule would have many franchise employees reclassified as employees of the franchise’s parent company. Yet franchise owners say this would make it more difficult or even impossible to operate their businesses. The move could also make it easier for workers to form unions, which are a key constituency of President Joe Biden.

Anderson said both of the new rules could make it harder for people to become entrepreneurs and would disproportionately affect women, who often work part time while also caring for children.

“We need more people working and being stewards of the funds that they get,” she said. “It’s negligent for the Biden administration to even think about putting these new rules forward. We need more workers, not less.”

Such moves may become even more frequent following the midterm elections if Biden takes a go-it-alone, pen-and-phone strategy to advance his agenda.

Heritage Action has been putting more energy into public comments since last summer, when the Department of Education proposed plans to fund grants for programs based on critical race theory.

Heritage pushed a toolkit and sent activists to the Federal Register. More than 35,000 public comments were sent in on the proposed rule ahead of the deadline, and the Education Department later walked back its plans .