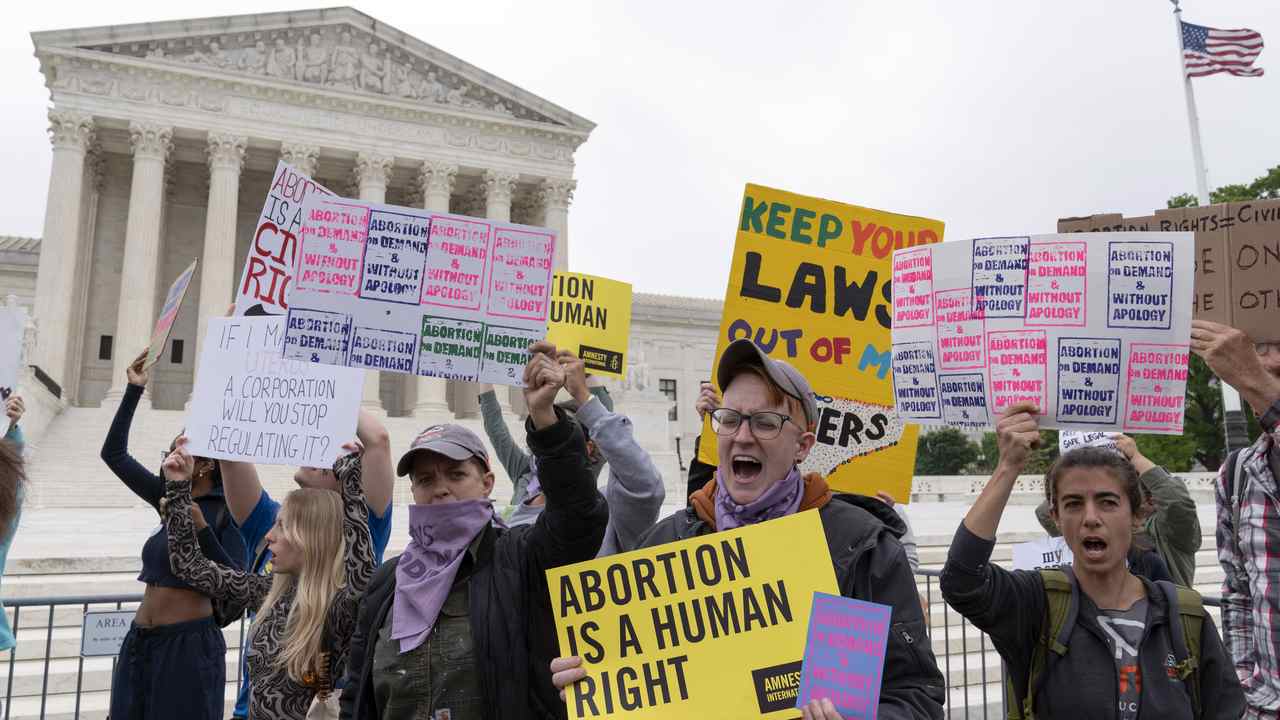 In an interview this past Sunday, Senator Mike Rounds (R-S.D.) declared four times in the space of a single answer that abortion policy was, after Dobbs, the exclusive purview of state legislatures, leaving the federal government out of it entirely. The states, he took pains to emphasize, can do whatever they want. Their legislatures can pass laws. Their people can hold referenda. South Dakota could even repeal the pro-life trigger law Rounds himself had signed as governor. Rounds was happy no matter what, since the “decision is back where it should be, and that is it’s back to the states.” The important thing for Rounds, as a senator, is that he can stay above the fray.

This cop-out answer is wrong in just about every way possible. Republican senators passing the buck on abortion legislation is constitutionally baseless, morally abhorrent, and politically idiotic. Rounds and other GOP senators who repeat the “back-to-the-states” line are either being stupid, deceitful, cowardly, or, most likely, some combination of the three.

Just as a matter of plain fact, the Dobbs decision did not send the issue back exclusively to the states. Instead, it returned the authority to regulate abortion to the people and their “elected representatives” – a group which, for better or for worse, includes Mike Rounds. Justice Kavanaugh’s concurrence makes it even more explicit: abortion policy, he says, is now a matter for the states or Congress to decide. “Back to the states” is an invention of squeamish Republican senators, not a requirement of the Court.

In fact, the Constitution specifically empowers Congress to protect the right to life. “No State,” the Fourteenth Amendment declares, “shall […] deprive any person of life, liberty, or property, without due process of law; nor deny to any person within its jurisdiction the equal protection of the laws.” “The Congress,” it goes on to say, “shall have the power to enforce, by appropriate legislation, the provisions of this article.” Leaving abortion up to the states shirks one of the Senate’s most important constitutional duties.

The fact that a senator could run as a staunch pro-lifer and then pass the buck as soon as he’s able to actually do anything is a moral failing of incomprehensible proportions. Does Sen. Rounds really find it acceptable that, at least for the foreseeable future, blue states will continue to dismember late-term babies up until the moment of birth? Most abortions occur in states that are unlikely to pass any regulations at all. Does Rounds really think that’s none of his business? Would he be similarly lenient if New York were dismembering born children instead?

It’s not even a smart political move. Sen. Rounds and other Republicans who parrot this line no doubt feel like they’re being extremely clever. They think they can avoid electoral danger by washing their hands of the entire debate. But no matter how hard they hope, this strategy is never going to work.

In the first place, high-profile Republicans like Mitch McConnell and Mike Pence have already expressed openness to federal abortion legislation. No voter is going to believe Sen. Rounds’ protests to the contrary. Mike Rounds, voters know, does not set the agenda. All the answer does is depress the GOP’s own base by telling the pro-lifers who put these people in office that their efforts were misguided and their hopes misplaced.

The second, more compelling, reason it won’t work is that Sen. Rounds himself has already voted in favor of abortion regulations at the federal level. In fact, he co-sponsored legislation to ban abortions after four-and-a-half months of pregnancy nationwide. Nearly every Republican senator did the same. Not a single one of them, Rounds included, complained at the time that abortion was a state issue. The only reason they’ve changed their tune now is that the stakes are finally real.

In the 1850s, Senate Democrats from the North tried to avoid the issue of slavery by punting the question out of the federal sphere. In the face of a slavery referendum in Kansas, Senator Stephen A. Douglas of Illinois famously declared that, as a senator, state policy on the issue was none of his concern: “[N]either Presidents, nor Senates, nor Houses of Representatives, nor any other power outside of Kansas, has a right to judge for them. […] If Kansas wants a slave-State constitution she has a right to it; if she wants a free-State constitution she has a right to it. It is none of my business which way the slavery clause is decided. I care not whether it is voted down or voted up.”

Change slavery to abortion, and these could be the talking-points of any number of Republican senators today. A hundred and fifty years later, in the midst of the second great personhood debate in our nation’s history, after yet another referendum in Kansas, the party of Abraham Lincoln has become the champion of Stephen A. Douglas’ philosophy. Simply put, it’s a travesty. Republicans should demand better.

Frank Cannon is the founding president of American Principles Project.