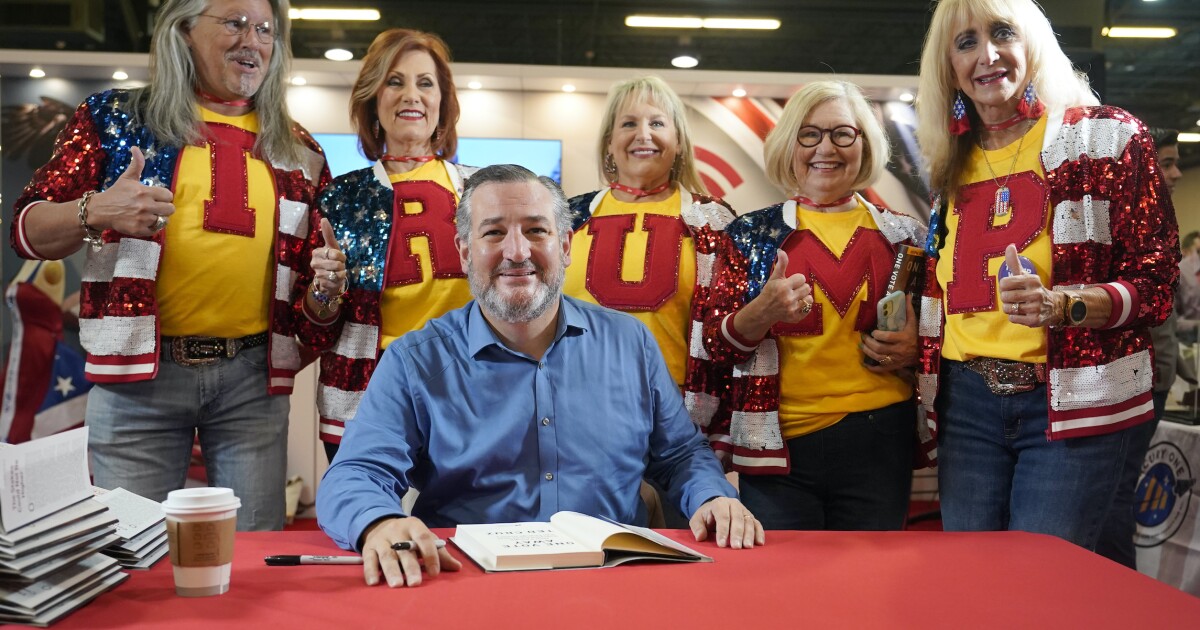 DALLAS — Sen. Ted Cruz (R-TX) said in his remarks to a conservative conference in his home state that Republicans spend too much time preaching to the choir, all while he delivered a red-meat address to the attendees.

In remarks at CPAC in Dallas, Cruz said that longtime Democratic strongholds in South Texas are turning red, and Republicans should make their case there.

Republicans are seeking to capitalize on their recent gains in the border region, including a special election victory by conservative activist Rep. Mayra Flores (R-TX) in an open Rio Grande Valley House district.

Cruz’s speech also featured a number of jokes at the expense of his Democratic congressional colleagues, including a line about how inflation is so bad that Rep. Alexandria Ocasio-Cortez (D-NY) can’t afford handcuffs, a reference to her arrest at a pro-abortion rights protest outside the Supreme Court in which she was photographed holding her arms behind her back as if she were handcuffed before raising her fist in acknowledgment of other protesters.

Cruz said he thinks the Republicans will win congressional majorities in “not just a red wave, but a tsunami,” driving out House Speaker Nancy Pelosi (D-CA) and Senate Majority Leader Chuck Schumer (D-NY). He also took a jab at President Joe Biden, saying Republicans would simply tell him that it is 2025 and that he would go back to Delaware.