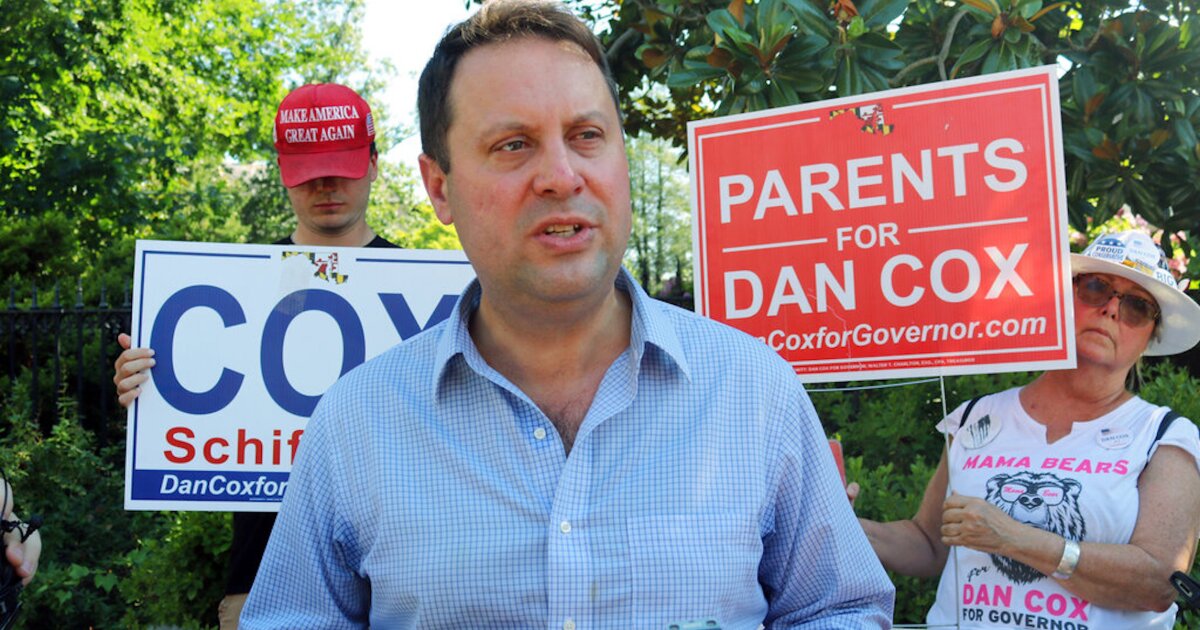 State Del. Dan Cox has emerged the winner of the Republican gubernatorial nomination in Maryland, a victory also for former President Donald Trump in a primary that became a proxy war against retiring GOP Gov. Larry Hogan, who is contemplating a 2024 presidential bid running as an anti-Trump candidate.

Hogan, part of an anti-Trump minority in the GOP, endorsed Kelly Schulz, who was labor secretary and commerce secretary in his administration. Trump, however, endorsed Cox, who has argued President Joe Biden’s 2020 victory shouldn’t have been certified, called then-Vice President Mike Pence a “traitor” for not attempting to reject the 2020 election results, and even tried to impeach Hogan for some of his COVID-19 mitigation efforts. Cox also attended the Jan. 6 rally near the White House that preceded the riot at the U.S. Capitol.

Hogan, one of a trio of popular Republican governors in blue states, is term-limited. He is seen as a potential 2024 Republican presidential candidate. Trump, meanwhile, appears closer to launching his third White House bid.

Trump and Hogan have embraced competing visions for the future of the Republican Party, with Hogan offering a repudiation of what he has characterized as Trump’s divisive policies and approach, while Trump has sought to elevate Republicans who have embraced his baseless claims of systemic election fraud in 2020.

The Democratic Governors Association spent about $1 million on an ad campaign designed to elevate Cox in the primary, as Democrats view him as a weaker candidate for the general election in the blue state, where Democrats outnumber Republicans by a 2-to-1 ratio.