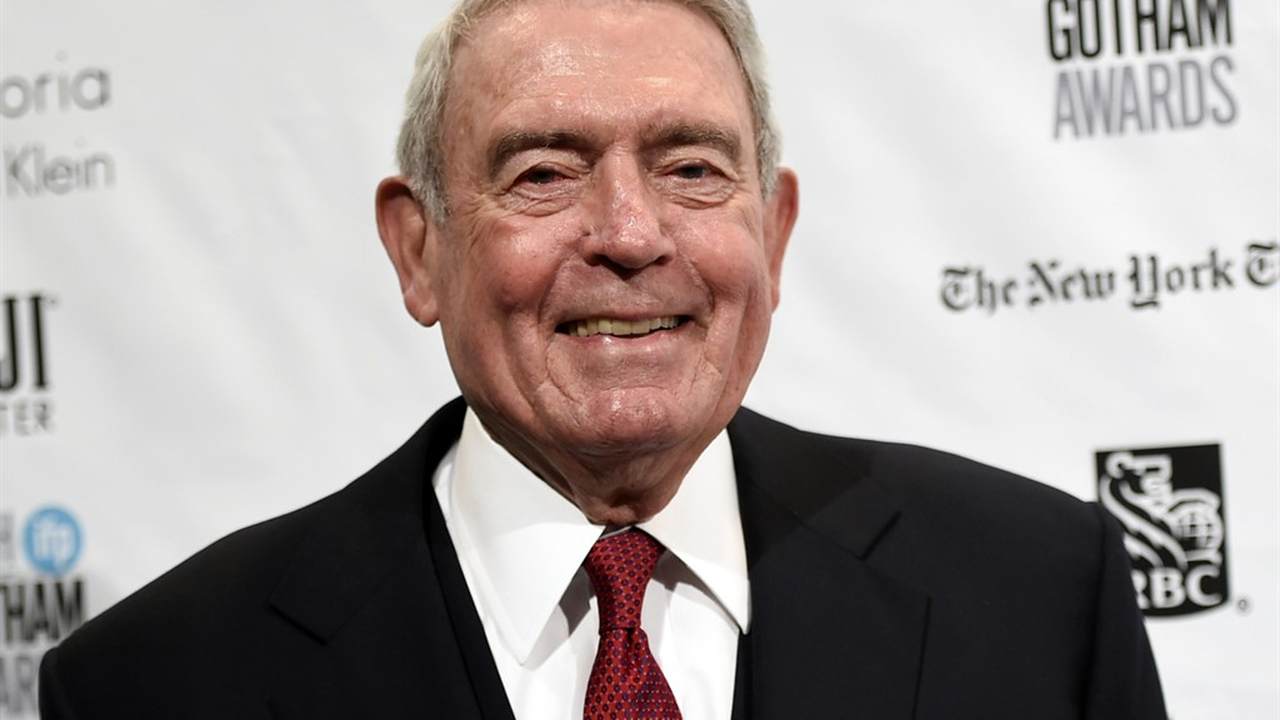 “Now is a time for steadiness, but HOO-BOY!…it is also a moment of hope, that a wave of redemptive energy will finally engulf the outrages of the previous administration and the grave threat it posed to the continuity of the United States as a nation of law,” wrote Dan Rather this week.

Dan Rather’s perverse view of what a “nation of law” looks like was laid bare when this (at the time) CBS  and 60 Minutes anchor essentially partnered as security and propaganda adjunct with  Fidel Castro’s KGB-created and mentored secret police.Rather seemed delighted to serve the totalitarian whims of a Stalinist dictator whose “courts” channeled Stalin’s during the Great Terror, and whose modus operandi Che Guevara laid bare when he boasted that “judicial procedures are an archaic bourgeois detail., we execute from revolutionary conviction!” Thanks in large part to Dan Rather the whims of this mass-murdering international terrorist and criminal easily prevailed over the U.S. Constitution.

On the April 6th 2000 edition of “60 Minutes”, America saw a bewildered and heartsick father (Juan Miguel Gonzalez) pleading to be allowed to have his motherless son (Elian Gonzalez) accompany him back to Cuba, his cherished homeland. Dan Rather (who hailed Fidel Castro as “Cuba’s Elvis!”) was interviewing Elian’s “bereaved” father. How could anyone possibly oppose his heartfelt plea? How could simple decency and common sense possibly allow for anything else?

“Did you cry?” the pained and frowning Dan Rather asked the “bereaved” father during the “60 Minutes” drama.”A father never runs out of tears,” Juan (actually, as we’ll see, the voice of Juan’s drama school-trained translator) sniffled back to Dan. And the “60 Minutes” prime-time audience could hardly contain their own sniffles.

Here’s what America didn’t see: “Juan Miguel Gonzalez was surrounded by Castro security agents the entire time he was in the studio with Rather.” This is an eye-witness account from Pedro Porro, who served as Dan Rather’s translator during the famous “60 Minutes” interview. Dan Rather would ask the question in English into Porro’s earpiece whereupon Porro would translate it into Spanish for Elian’s heavily-guarded father.

“Juan Miguel was never completely alone,” says Pedro Porro. “He never smiled. His eyes kept shifting back and forth. It was obvious to me that he was under heavy coercion. He was always surrounded by security agents from the Cuba Interest Section (i.e. Cuban embassy) in Washington D.C. When these agents left him alone for a few seconds, attorney Gregory Craig would hover over Juan Miguel.

“The questions Dan Rather was asking Elian’s father during that “60 Minutes” interview were being handed to him by attorney Gregory Craig,” continues Pedro Porro. “It was obvious that Craig and Rather where on very friendly terms. They were joshing and bantering back and forth, as Juan Miguel sat there petrified. Craig was stage managing the whole thing – almost like a movie director. The taping would stop and he’d walk over to Dan, hand him a little slip of paper, say something into his ear. Then Rather would read the next question into my earpiece straight from the paper.”

A reminder: officially (Bill Clinton and Dan Rather crony) Gregory Craig then served as attorney for Elian’s father, Juan Miguel Gonzalez, who worked as a hotel doorman in a nation where the average monthly salary is $16. The high-rolling Gregory Craig worked for Washington D.C.’s elite firm, Williams & Connolly, one of America’s highest-priced law firms.

In fact, upon accepting the case at the Clinton administrations’ behest, Gregory Craig had flown to Cuba for a meeting with Fidel Castro himself.

Gregory Craig had led the Juan Miguel/Cuban-Security entourage into the studio, then presided over the interview. “At one point Craig stopped the taping almost like a movie director yelling, ‘Cut!’ I was confused for a moment, says Porro, “until Greg Craig complained that Juan Miguel’s answers were not coming across from his translator with “sufficient emotion.” “So Dan Rather shut everything down for a while and some of the crew drove to a drama school in New York. They hired a dramatic actor to act as a translator, and brought him back!”

“I probably should have walked out,” says Porro. “But I’d been hired by CBS in good faith and I didn’t know exactly how the interview would be edited — how it would come across on the screen. I mighta known, but you never know how these things play out until you actually see it.”

“Midway through watching that ’60 Minutes’ broadcast, I felt like throwing up,” said Porro. “My stomach was in a knot.” His worst fears were confirmed.

In brief, Dan Rather and crew volunteered to help a Stalinist con-man (Fidel Castro) stage a massive farce–a veritable show-trial complete with bogus confessions and coerced testimony. They knowingly snookered the American public.

Worse, as mentioned, most Americans fell for the farce. In their innocence (of communist tactics) most Americans saw the Elian tragedy as a simple custody dispute, as happens hourly in places like Omaha, Atlanta and Peoria. That’s exactly what Clinton, Castro and Rather wanted, expected and got.

Here’s what people experienced with the Castro regime were frantically trying to tell America while Castro and his swarms of U.S-based agents-of-influence (Dan Rather prominent among them)  just as frantically (and much more successfully) hid from America:

Elian’s father was initially delighted that his motherless son was in the U.S. and in the loving arms of his uncles and cousins. Mauricio Vicent, a reporter for Madrid newspaper El Pais, wrote that during that first week after Elian’s rescue he’d visited Elian’s home town of Cardenas and talked with Elian’s father, Juan Miguel, along with other family members and friends. All confirmed that Juan Miguel had always longed for his son Elian to flee to the United States. Shortly after Elian’s rescue, his father had even applied for a U.S. visa!

Elian’s Miami uncle, Lazaro, explained it repeatedly and best: “I always said I would turn over Elian to his father, when Juan Miguel would come here and claim him. But I (along with practically everyone with experience under communism from Cambodians to Hungarians and from Lithuanians to Cubans) knew such a thing was impossible. He couldn’t do that. I knew it wasn’t Juan Miguel requesting Elian–it was Fidel.”

The “60 Minutes” “interview” of Elian’s father Juan Miguel by Fake News pioneer Dan Rather played a key role in this expert and exasperating (to those who knew what was going on behind the scenes) snookering of America.

Interestingly, a young Florida attorney with excellent moral and legal instincts named Brett Kavanaugh–though lacking in any personal experience with the Castro regime—saw right through the Castro-Clinton-Rather farce and represented Elian Gonzalez pro-bono, seeking injunctions to stop the INS from deporting him.