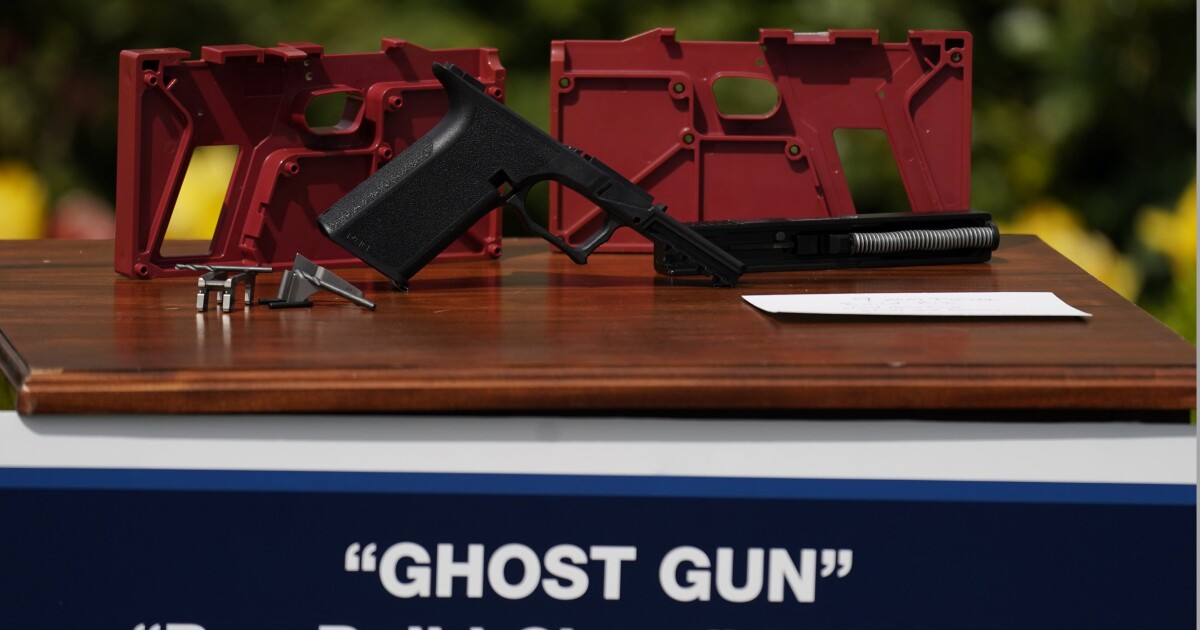 A firearm company must pay millions of dollars in damages and will be banned from selling guns in Washington, D.C., after the manufacturer was sued by the district’s attorney general for illegal sales in the city.

Polymer80 must pay more than $4 million in penalties after illegally advertising gun kits that would allow D.C. residents to construct their own firearms without serial numbers or other identification numbers, Attorney General Karl Racine announced in a statement on Thursday. This type of firearm, commonly called a “ghost gun,” is banned in Washington, D.C., and the attorney general sued the company for allegedly falsely telling customers the weapon kits were legal.

“This judgment against Polymer80 is a major victory for DC residents and for public safety, and it will help slow the flow of deadly untraceable ghost guns into our community,” Racine said in a statement. “As the District continues to face an epidemic of gun violence, our office will do everything in our power to keep DC residents safe … The more than $4 million in penalties imposed by the court in this case should send a strong message to firearm manufacturers, distributors, and dealers across the country: You cannot sell illegal guns to DC residents.”

Racine sued the company in June 2020, moving for a temporary injunction at the time to block Polymer80 from selling firearms until the case was settled. In a decision issued Wednesday, a judge ruled that the company violated the city’s Consumer Protection Procedures Act by selling the firearms while misleading customers that its products were legal.

Polymer80 pushed back on the suit, arguing the gun kits do not constitute actual firearms, meaning they are legal under district law. The company also claimed there was no evidence its products were specifically targeted toward district residents or that many people in Washington, D.C., purchased the kits.

Polymer80 did not respond to a request for comment from the Washington Examiner.

As part of the settlement, Polymer80 must permanently end its sale of illegal ghost guns, inform its customers that the products are illegal to purchase in the district, and pay the city more than $4 million within the next 30 days, according to the attorney general.

The court found the company had sold 19 gun kits to district residents in violation of city law, Racine’s team said. The legal win comes as the city government, particularly the attorney general, has sought to crack down on gun violence and firearm manufacturers.

More than 1,820 illegal guns have been recovered by the Metropolitan Police Department so far this year, with 344 of those being ghost guns, according to the attorney general. A total of 439 ghost guns were recovered in the district in 2021, a massive increase from the three that were found in 2017.

Polymer80 is facing a handful of other lawsuits, including one filed by the city of Baltimore, which sued the company for allegedly selling guns to “those who want to evade law enforcement or who cannot obtain a gun from a Federal Firearms Licensee, including underage buyers, buyers with criminal convictions and gun traffickers.” The sale of ghost guns is banned in Maryland.