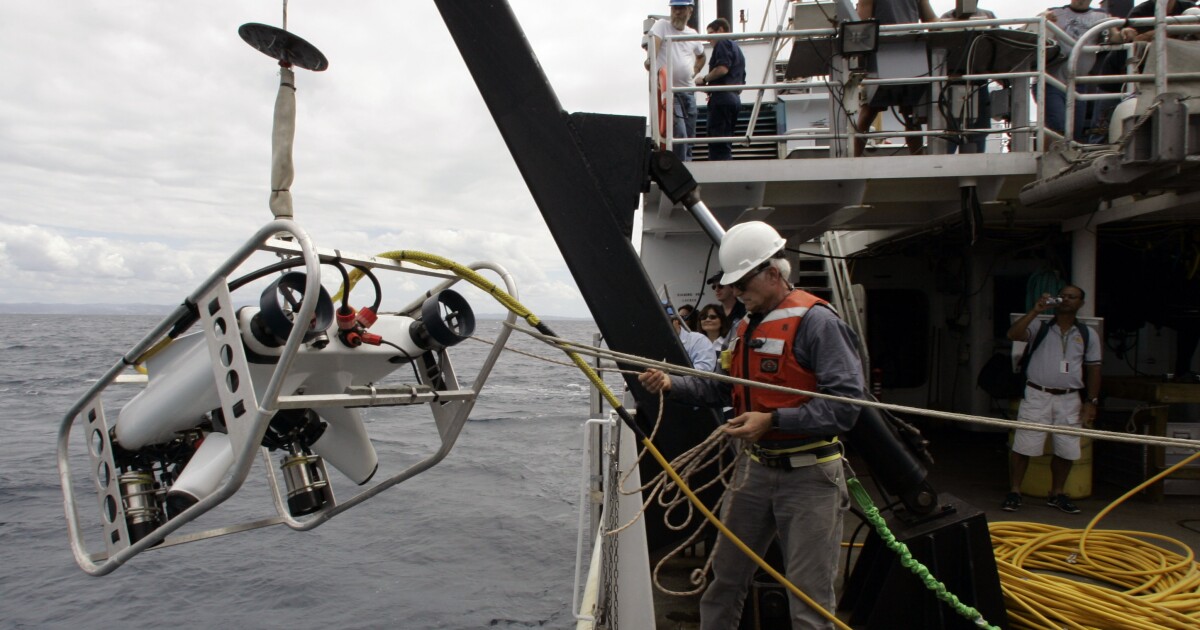 Deep-sea researchers have been left perplexed after finding an unexplained, organized line of holes on the ocean floor.

The National Oceanic and Atmospheric Administration made the discovery during an expedition studying the Mid-Atlantic Ridge, a 10,000-mile-long underwater mountain range, according to the Miami Herald. The oddity was found at a depth of 1.7 miles, at the summit of an underwater volcano near the Azores.

“On Saturday’s #Okeanos dive, we observed several of these sublinear sets of holes in the sediment. These holes have been previously reported from the region, but their origin remains a mystery. While they look almost human made, the little piles of sediment around the holes make them seem like they were excavated by … something,” the NOAA wrote on its Facebook page.

The surrounding terrain is a plain bed of undisturbed sand, making the line of holes stick out.

The finding left the scientists so perplexed that they turned to the public for theories. Among those in the Facebook comment section were hypotheses suggesting gas methane, underwater springs, an underwater cave opening up, a type of crab moving along the ocean floor, and even aliens.

The discovery was made as part of the NOAA’s “Voyage to the Ridge 2022,” which seeks to map out poorly understood parts of the Atlantic Ocean.