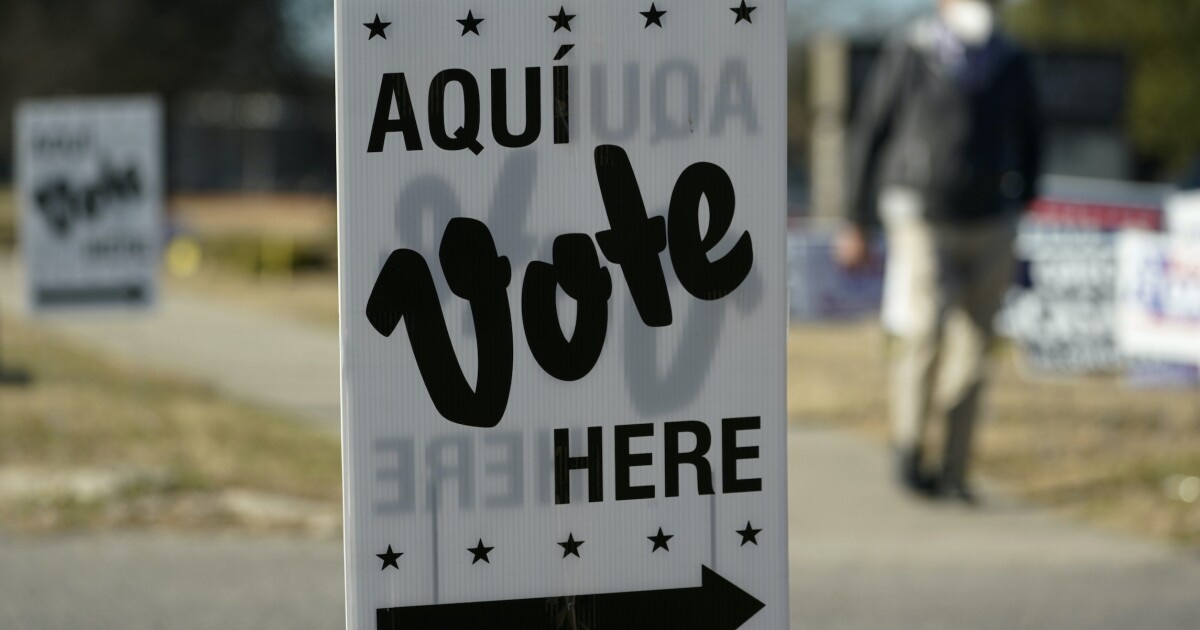 Democratic support among Hispanic voters has continued to slip over the last four years, decreasing by nearly 50% compared to the 2018 midterm elections — reaching its lowest point since 1994, according to a new poll.

About 54% of Latinos say they plan to vote for Democrats on their November ballots compared to 33% who say they’ll back Republicans, according to a poll conducted by WPA Intelligence. While those numbers give Democrats a 21-point advantage, it’s a significant drop from the 40-point lead the party held in 2018.

Additionally, the poll found that 56% of Hispanic voters say the country is on the wrong track, with another 56% noting they do not want President Joe Biden to run for reelection. The numbers come as both parties have sought to make inroads with the voting bloc, as the demographic could be crucial to winning control of Congress in November.

The decrease in Democratic support is largely due to the economy, with 26% of voters saying the economy is in good or excellent condition compared to 74% who say it is either fair or poor, according to the poll. However, Democrats still hold advantages on key issues such as abortion and healthcare.

The poll also looked ahead to the 2024 election, surveying Hispanic voters on a hypothetical matchup between former President Donald Trump and Gov. Ron DeSantis (R-FL). Neither Republican has announced their intent to run, but both are considered top contenders for the GOP nomination.

About 5% of Latinos viewed DeSantis favorably compared to -13% for Trump, the poll found, giving the Florida governor an 18-point advantage. Comparatively, 7% of Hispanic voters view Biden favorably, and another 4% say they prefer Vice President Kamala Harris.