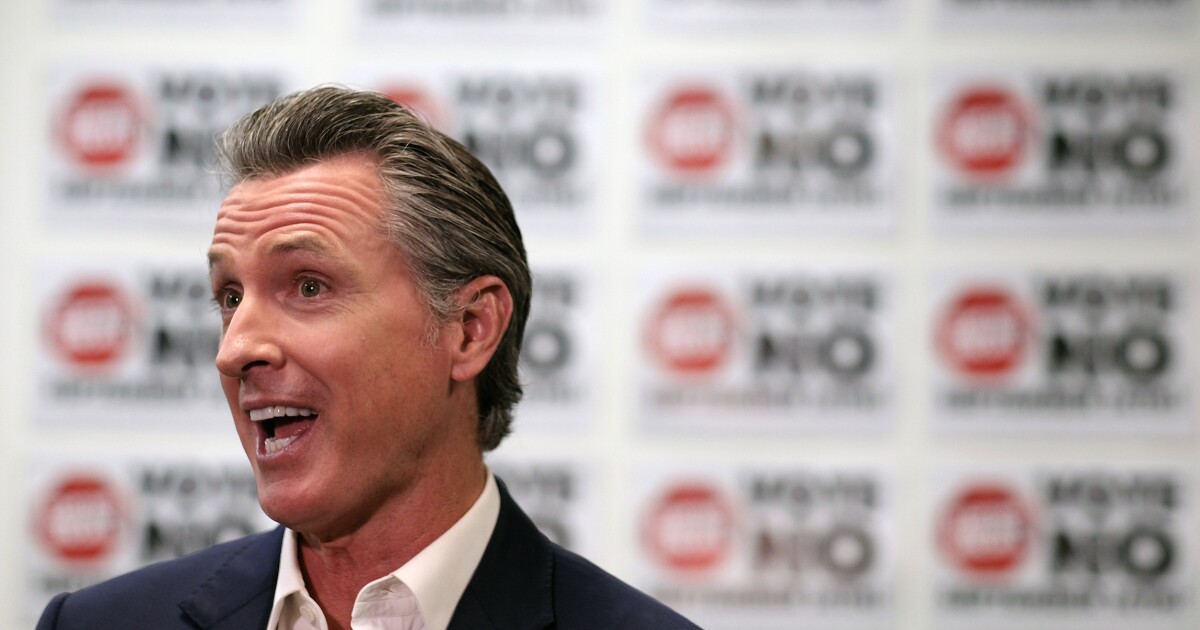 During a press gaggle en route to Cleveland, White House press secretary Karine Jean-Pierre was asked about Gov. J.B. Pritzker’s (D-IL) statements on guns and Gov. Gavin Newsom’s (D-CA) statements about abortion, “arguably the most outspoken voices of the Democratic Party on both of these very fragile issues.”

“Is there any concern that the president’s leadership is being overshadowed at this moment for a big part of the American public, including Democrats that voted for him?” a reporter asked.

“The president has also been very loud and very focused on those two issues,” she said. “When it comes to gun reform, the president leads on that. One of the reasons he was able to sign a bipartisan gun reform bill right before he left for the G-7 and NATO was because of his leadership.”

Biden also gave a speech the day the Supreme Court overturned the nearly five-decade-old precedent in Roe v. Wade that guaranteed a constitutional right to abortion nationwide, saying, “This fall, Roe is on the ballot. Personal freedoms are on the ballot.”

But reports are surfacing that Democrats are unhappy with Biden. Adam Jentleson, a former adviser to Senate Majority Leader Harry Reid (D-NV), told the Washington Post, “There is a leadership vacuum right now, and he’s not filling it.”

Filling that void, potentially, is Newsom, who bought ad time in Florida over the Fourth of July weekend to criticize the state’s abortion restrictions, among other issues.

Pritzker, his Illinois counterpart, lamented Monday’s mass shooting in his state, speaking out on another hot-button issue.

“While we celebrate the Fourth of July just once a year, mass shootings have become our weekly, yes, weekly, American tradition,” Pritzker said.

Still, with 30 months left in his first term, Biden will seek to lead on these and other issues while listening to those of others, Jean-Pierre added.