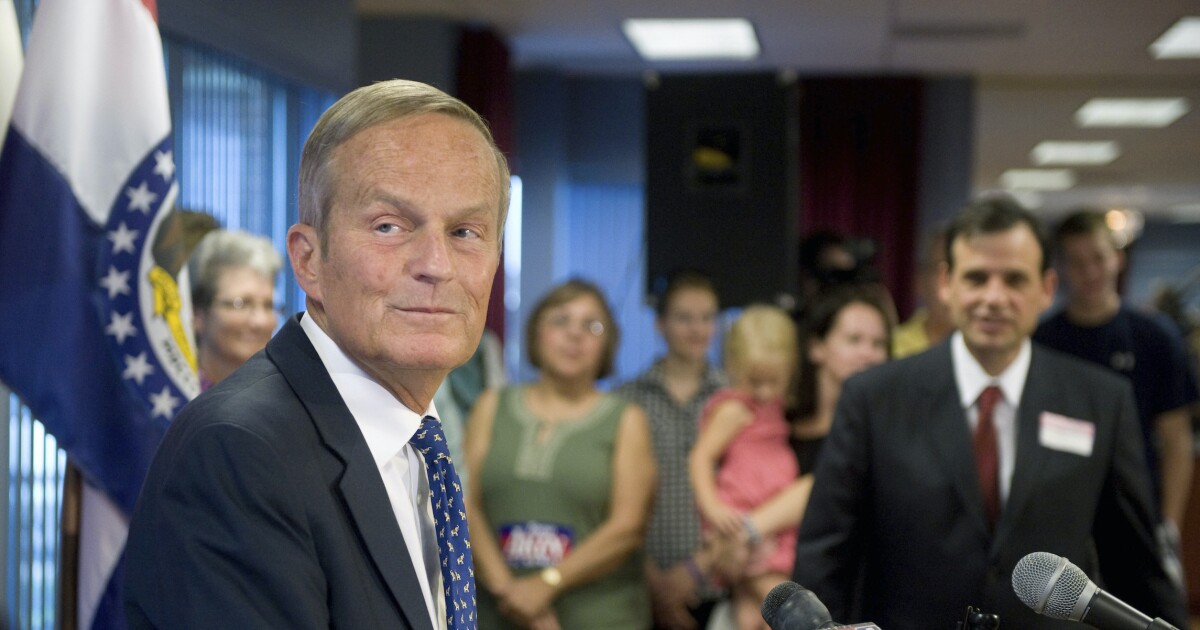 Democrats have been awfully active in the 2022 Republican primaries. That’s right, GOP nominating contests, which are usually decided by the party’s most faithful, fervent, and consistent voters.

Democrats see a batch of political opportunities in the 2022 midterm elections in helping to choose who ends up being nominated by Republicans in a range of contests, based on the logic that these flawed GOP office-seekers would be the easiest to beat in November. All the while, Democrats are on defense over President Joe Biden’s sinking approval ratings, the worst inflation in 40 years, spiking gas prices, and a range of other political problems.

The Democrats’ handiwork is clear in, among other contests, the Pennsylvania Republican gubernatorial nomination, the GOP governor primary in Maryland, and the Colorado Republican Senate primary.

There’s nothing particularly new about the tactic. Democrats have, sporadically for decades, tried to ensure the weakest Republican nominee emerged to fight in the general election. And Republican hands aren’t totally clean either, having at times tried to prop up seemingly weak Democratic general election candidates.

After all, the Watergate scandal that drove President Richard Nixon from office in 1974 was based in part on efforts by him and his cronies to ensure the weakest possible 1972 Democratic nominee. Targets included Sen. Edmund Muskie of Maine, who was knocked out of the Democratic primary process early. Nixon and Co. got their man in Sen. George McGovern of South Dakota, a liberal Democrat who won a scant 17 Electoral College votes (Massachusetts and Washington, D.C.) to incumbent Nixon’s 520.

While the meddling has sometimes worked, it can also backfire. The nominee deemed to be the weakest fall opponent can turn out to be unexpectedly strong on the campaign trail. Also, rivals doing the primary meddling can look ham-handed and clumsy in trying to engineer their fall opponents.

Along those lines, here are some of the greatest hits and misses when Democrats have tried to choose Republican nominees.

California governor’s race, 2002: Democratic Gov. Gray Davis and his team knew they could be in for a tough ride for reelection after cruising into the governorship in 1998. The self-admitted charisma-challenged veteran of state government saw the biggest Republican threat in former Los Angeles Mayor Richard Riordan.

Riordan was a popular former mayor of the nation’s second-largest city. His amiable, grandfatherly demeanor set him apart from the California Republican Party’s wing whose members emphasized an at-times severe, moralistic approach to public policy. Davis, meanwhile, suffered from low approval ratings amid rolling blackouts across the state and a broader energy crisis.

But Riordan’s political fortunes began to plummet when Davis’s campaign pumped as much as $10 million into a blitz of television commercials that portrayed the former mayor as changing his positions on abortion, the death penalty, and other issues. That gave an opening to his chief Republican gubernatorial rival, investor Bill Simon, son of the late William E. Simon, a treasury secretary in the Nixon and Ford administrations. Simon ran as an ardent social conservative and, as a first-time campaigner, committed a series of gaffes his campaign was forced to defend.

The Davis team’s political instincts proved prescient. By elevating Simon, it helped ensure a Davis reelection win, though relatively narrow. The Democratic incumbent won 47% to 42%, suggesting he might very well have lost had Riordan been the Republican nominee.

But the victory for Davis was short-lived. Within a year, Davis faced a statewide recall, with actor and former bodybuilder Arnold Schwarzenegger, a Republican, as the leading choice to replace him. This time, there was no GOP alternative for Davis to promote, and he was tossed from office, making him only the second governor to be recalled in American political history.

Missouri Senate, 2012: Democratic Sen. Claire McCaskill’s reelection bid won a place in the annals of strategic campaigning by touting Rep. Todd Akin of Missouri in his competitive Republican primary. McCaskill and her campaign team knew Akin had a penchant for verbal self-inflicted wounds, but even they likely didn’t imagine how well their audacious political gamble would pay off.

Several prominent Republicans had lined up for the right to oppose McCaskill, including Akin, who was first elected to the House in 2000 and known for his anti-abortion fervor going back to his days in Jefferson City as a state legislator.

Democrats believed that Akin would be the weakest Senate Republican nominee. To that end, the McCaskill campaign ahead of the Aug. 7 primary ran ads calling Akin “too conservative,” which were a form of thinly veiled support for Akin’s nomination in a red-trending state. Akin won the Republican nomination with a plurality in a close three-way race, with the McCaskill ads widely credited as having boosted his candidacy.

Less than two weeks after Akin’s Republican primary win, the congressman in an interview with St. Louis television station KTVI-TV, made the claim that women victims of what he described as “legitimate rape” rarely experience pregnancy from rape.

Not surprisingly, Akin was put on the defensive over his remarks. And McCaskill, who favored abortion rights, wasn’t shy about pointing out the comment to voters. She went on to crush Akin 55%-39%, even as President Barack Obama, elected to a second White House term, lost Missouri to Republican nominee Mitt Romney 54% to 44%.

California governor’s race, 1966: It’s nearly unimaginable now, but San Francisco, known as America’s largest liberal city, once had a string of Republican mayors. The last one was George Christopher, who was in office from 1956 to 1964. Like other San Francisco mayors, Christopher had statewide ambitions and sought California’s governorship in 1966.

First, though, Christopher had to get through the Republican primary against a political rookie coming off a Hollywood career named Ronald Reagan. Democratic Gov. Pat Brown was seeking a third term, after eight years in office presiding over California’s rapid growth. Brown and his strategists wanted to get the more centrist Christopher out of the way so the governor could instead face Reagan, the conservative political newcomer the incumbent thought would be weaker.

So, Democratic operatives dug up Christopher’s old conviction for violating milk-pricing law from the days when the former San Francisco mayor owned a dairy. Democrats leaked it to a friendly columnist. Though the matter had been used against Christopher in previous campaigns, it stuck. Reagan went on to win the Republican nomination by a nearly 2-to-1 margin.

And soon after, Democrats realized they had created a political monster. Reagan proved a much more formidable candidate than Brown and Democrats had expected. Reagan ran on a tough-on-crime platform and promises to crack down on college campus protests, among other issues. Reagan beat Brown 58%-42%, setting him on the road to winning the presidency 14 years later.